Quantum computing — or the use of quantum mechanics to create a genre of next-generation quantum computers with nearly unlimited compute power — has long been a concept stuck in the theory phase.

At scale, quantum computing will disrupt nearly every industry in the world, ranging from finance, to biotechnology, to cybersecurity, and everything in between.

It will improve the way medicines are developed by simulating molecular processes. It will reduce energy loss in batteries through optimized routing and design, thereby allowing for the creation of things like hyper-efficient electric car batteries. In finance, it will speed up and optimize portfolio optimization, risk modeling and derivatives creation. In cybersecurity, it will disrupt the way we think about encryption. It will create superior weather forecasting models, unlock advancements in autonomous vehicle technology and help humans fight climate change.

I’m not kidding when I say quantum computing will change everything.

And quantum computing stocks are positioned to be big winners over the next decade.

So, with that in mind, here are seven quantum computing stocks to buy for the next 10 years:

Among the various quantum computing stocks to buy for the next 10 years, the best buy is probably Alphabet stock.

That is because many many consider Alphabet’s quantum computing arm — Google AI Quantum, which is built on the back of a state-of-the-art 54-qubit processor dubbed Sycamore — to be the leading quantum computing project in the world. Why? This thinking is bolstered mostly by the fact that, in late 2019, Sycamore performed a calculation in 200 seconds that would have taken the world’s most powerful supercomputers 10,000 years to perform.

This achievement led Alphabet to claim that Sycamore had reached quantum supremacy. What does this mean? Well, this benchmark is loosely defined as point when a quantum computer can perform a task in a relatively short amount of time that no other supercomputer could complete in any reasonable amount of time.

Many have since debated whether or not Alphabet has indeed reached quantum supremacy.

But that’s somewhat of a moot point.

The reality is that Alphabet has built the world’s leading quantum computer. The engineering surrounding this supercomputer will only get better. So will Sycamore’s compute power. As that happens, Alphabet has the ability to — through its Google Cloud business — turn Sycamore into a market-leading quantum-computing-as-a-service business with huge revenues at scale.

To that end, GOOG stock is one of the best quantum computing stocks to buy today for the next 10 years.

The other “big dog” in the quantum computing space that closely rivals Alphabet is IBM.

IBM has been big in the quantum computing space for years. But Big Blue has attacked this space in a fundamentally different way than its peers.

But it’s a philosophical difference with huge implications. By focusing on building the quantum advantage, IBM is specializing its quantum computing efforts into making quantum computing measurably useful — and economic — in certain industry verticals, for certain tasks.

In so doing, IBM is actually creating a fairly straightforward go-to market strategy for its quantum computing services in the long run. Help this industry, do this task, really well.

And so, with such a realizable, simple and tangible approach, IBM stock is one of the most sure-fire quantum computing stocks to buy today for the next 10 years.

Image of corporate building with Microsoft (MSFT) logo above the entrance.

Another big tech player in the quantum computing space with promising long-term potential is Microsoft.

Microsoft already has a huge infrastructure cloud business, Azure. Building on that infrastructure foundation, Microsoft has launched Azure Quantum, a quantum computing business with potential to turn into a huge QCaaS business at scale.

In its current state, Azure Quantum is a secure, stable and open ecosystem which serves as a one-stop-shop for quantum computing software, hardware and applications.

The bull thesis here is that Microsoft will lean into its already huge Azure customer base in order to cross-sell Azure Quantum. Doing so will give Azure Quantum a big and long runway for widespread early adoption, which is the first step in turning Azure Quantum into a huge QCaaS business.

Putting it all together, quantum computing is simply one facet of the much broader Microsoft enterprise cloud growth narrative. That growth narrative will remain robust for the next several years. And it will continue to support further gains in MSFT stock.

A digital rendering of a circuit board and digital chip in neon colors.

The most interesting, smallest and potentially most explosive quantum computing stock on this list is Quantum Computing.

In so doing, Quantum Computing is hoping to fill the gap and turn into a widespread, low-cost provider of easily accessible quantum computing software for companies that cannot afford full-scale quantum compute hardware.

Quantum Computing is just starting to commercialize this software in 2020, through three products currently in beta mode. Those three products will likely start signing up financial, healthcare and government customers to long-term contracts in the back half of the year. Those early signups could be the beginning of tens of thousands of companies signing up for Quantum’s services over the next five to 10 years.

Much like the other big tech players on this space, Alibaba is in the business of creating a robust QCaaS arm to complement its already huge infrastructure-as-a-service business.

10% of the global IaaS market. Alibaba intends to leverage this leadership position to cross-sell quantum compute services to its huge existing client base, and eventually turn into the largest QCaaS player in China, too.

The Great Tech Wall of China will prevent many of the other companies on this list from reaching scale, or even sustainably doing operations in, China. Alibaba does have some in-country quantum computing competition. But this isn’t a winner-take-all market. And given Alibaba’s enormous resource advantages, it is highly likely that the company eventually turns into either the No. 1 or No. 2 player in China’s quantum computing market.

That’s just another reason to buy and hold BABA stock for the long haul.

A Baidu (BIDU) sign outside a company office in Shenzhen, China.

The other big Chinese tech company diving head-first into quantum computing is Baidu.

company website, the goal of this research center is to integrate quantum computing into Baidu’s core businesses.

Doing so will pay off in a big way for Baidu.

BIDU stock does have healthy upside thanks to its early research into quantum computing.

Last, but not least, on this list of quantum computing stocks to buy is Intel.

In other words, Intel is the leader when it comes to quantum compute chips.

The big idea, of course, is that when quantum computers are built at scale, they will likely be built on Intel’s quantum CPUs.

To that end, potentially explosive growth in the quantum computing hardware market over the next five to 10 years represents a huge, albeit speculative, growth catalyst for both Intel and INTC stock. 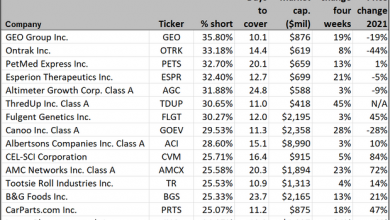 16 short-squeeze targets in the stock market, including Canoo, Tootsie Roll and a prison operator 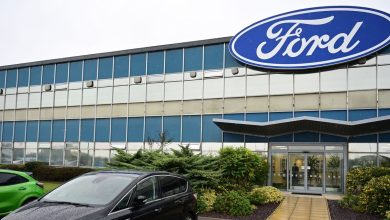 Ford Stock Beat Tesla Last Year. Here’s What It Will Do Next. 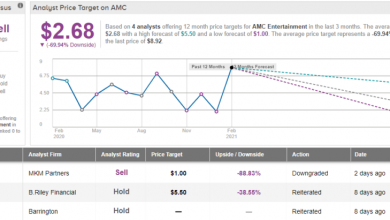 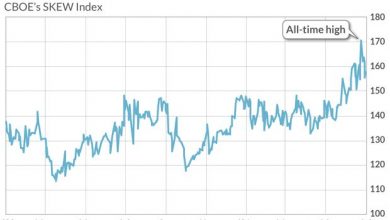