AKIKO FUJITA: Let’s bring in our first guest for the hour. We’ve got Jimmy Lee, who is the CEO of the Wealth Consulting Group. He’s joining us from Florida today. Jimmy, you have said that you remain bullish despite some of the choppiness that we’ve seen in the market. There’s plenty of opportunities, you say, for long-term investors. But when you look at the kind of data we saw today, particularly on those initial unemployment claims, how do you process that at a time when we are increasingly seeing that data pointing to a slowdown in the economic recovery?

JIMMY LEE: Well, I think we have a long way to go in jobs, Akiko. And that’s going to be month-to-month. And so I wasn’t surprised at that number today. But I do believe these pullbacks are opportunities for long-term investors to buy on these dips. And so I am one of these buy-on-the-dip people here.

With the stock market being led by big tech, on days like yesterday, when you get the big selloff in tech, investors are thinking about potentially rotating into value and more cyclical stocks on the opposite days. And so I think in the long run, investors need to be diversified with both FAANG– FAANG plus Microsoft has led the market. I don’t think that run is over yet until we do get a vaccine or a treatment. But people should be positioned with value names and cyclical names for that to happen.

AKIKO FUJITA: Yeah, I know you’ve mentioned that before. Earlier this month, we were talking about where big tech is going. You said you expected the selloff to be triggered by some kind of vaccine or just a significant movement, at least on getting this virus under control.

And yet we’ve seen Apple down about 20% this month. I was looking at Netflix, down 16%. Amazon is off as well.

What do you think has been the trigger for that pullback? I mean, you’re arguing that the valuations are still very high. And yet it seems like the rate of the pullback has been pretty noteworthy.

JIMMY LEE: Well, the returns on those names, the big tech names, may be four times greater than the rest of the S&P 500. So if you’re an investor thinking about risk coming up with the election, potentially higher capital gains taxes, not a bad idea to take some chips off the table. So I think you’re going to get some selling due to election risk and a lot of other worries about the coronavirus coming back and maybe the economy taking longer to get back on its feet.

But with that said, the rotation to the more value in cyclical sectors has already begun. Industrials and materials are leading the market lately. In the last one month, I believe that materials is up 7% more than S&P 500, in the last three months, 10%. So we’re starting to see that already.

And by time we get a vaccine, a lot of the beaten up sectors, including financials, will have probably recovered quite a bit since then. So I think that that rotation has started. But I don’t think it will really fully take into effect until we get a vaccine or a treatment that allows people to be comfortable being in large gatherings again.

AKIKO FUJITA: So taking some chips off the table in tech and rotating into value. But you’ve talked about this barbell approach before. What does that look like for you right now?

JIMMY LEE: Well, we still are overweight tech as an overall equity portfolio. But we’ve added to sectors that have been beaten down. So, like I said, materials, industrials, even some financials. And I think that those are the kind of sectors– and if you want to take a little bit more risk than that, in the travel and leisure and gaming industries, there are still a lot of companies are way off their highs. In fact, I think over half the companies in the S&P 500 are still off their highs.

There are still many stocks that are in the bear market. So I think you can find value in some of those names. Right now is a really good time to be an active investor so that you can scrub the balance sheets to make sure that if companies are taking on more debt, what their earnings are going to look like into the future.

So as many retail investors, the common investor is investing through index investing, such as ETFs. They think they’re diversified across, for example, the S&P 500 ETF. Well, what they don’t know a lot of times is that 20%, 23%, 24% of their money is in the top five holdings, all tech related. So investors really need to look underneath the hood of their portfolio and make sure that they’re diversified. And, like I said, have some positions in value-type sectors because economy will reopen.

AKIKO FUJITA: How big of a risk is– are additional restrictions for you? We have heard the president say that there is no new national lockdown coming. And yet we saw the headlines out of Europe earlier this week, with the UK particularly looking to impose– reimpose new restrictions. And we saw that weigh on the market here. So while we may not expect a national lockdown in the way we saw March and April, how much of the potential of that should investors be factoring in right now?

JIMMY LEE: Well, of course, in the United States, it’s state by state, as we were talking about at the break there with the doctor. What’s going on in certain states is way different than other states. And so I think it really depends on where you live. But from an economic perspective, I believe that our country is consumer led. And so if 60%, 70% of the economy being consumer spending– and people are spending.

So we talked about the low inventory on real estate, for example, what’s driving housing prices. And people are trying to get out of the cities to move into the suburbs. And so I don’t think that trend is going to stop. Of course, that’s going to rotate back when things get back to normal a little bit. But a price adjustment in real estate is something we needed in some of these metropolitan cities anyway.

But I’m bullish. I think that the economy will reopen. I’m very hopeful for a vaccine and/or a treatment in record time. I think a lot of the news that we get around the medical side of this has been politically motivated. And so I think we need to stick to the facts and hope for the best on the medical side. But I think we will reopen and the economy– and consumers will spend.

AKIKO FUJITA: How big is the political risk for you from an investment standpoint? We heard from Secretary Mnuchin today, which seemed to suggest that there are ongoing talks with the House speaker. And there is potential for renewed discussions.

And yet now you’ve got the potential for a very contentious Supreme Court nominee fight in Congress, the thinking here being that that could maybe push back the stimulus discussions until after the election. Has the political risk calculation changed for you at all over the last few weeks?

JIMMY LEE: It has. It’s definitely risen. It think it’s up there with the virus. And so right now, I think today, the market’s a little bit bullish because of Secretary Mnuchin talking about the possibility of another stimulus check, which we desperately need in this country, I think. Even though I hate debt, I think we need it. And a lot of people are still out of work and need the money.

And, of course, the scenario of a change in the White House and the Senate is bearish for a lot of investors, one of the reasons being that thinking that taxes will go up at some point during the next term if that were to happen. But with that said, I think it’s up in the air right now what’s going to happen on the political side so. A lot of uncertainty.

And certainly, if there is a change in the White House and the Senate, I think we could look back to the Obama era and slow growth, but still growing. And so I think equities will still be OK. Certain sectors will be better than others. And I would expect a correction in the equity markets if we do get a change in the White House and Senate, but slowly climbing back.

So I don’t see any disasters out there. But certainly, political risk is high. And a lot of investors are very worried about what’s going to happen during election.

AKIKO FUJITA: And we have seen that reflected in the choppy trade we’ve seen so far this week. Jimmy Lee with the Wealth Consulting Group, always good to talk to you. Thank you. Good afternoon. 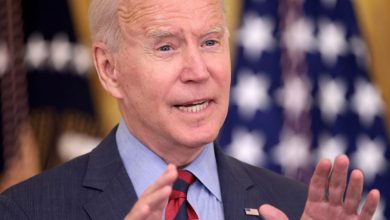 How about genuine reform of capital-gains tax rates? 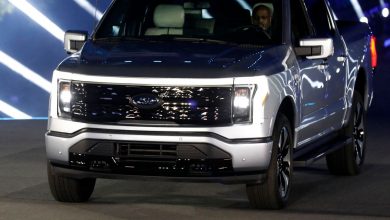 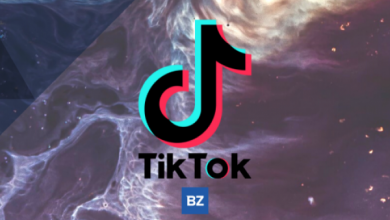 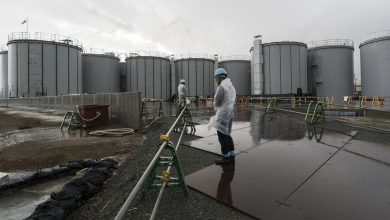