“Disloyal A Memoir” by Michael Cohen

President Donald Trump‘s former personal lawyer and fixer Michael Cohen on Thursday released the forward of his upcoming book on working for the president, which says it will detail scandalous actions that include setting up a back channel to Russian leader Vladimir Putin, visiting a Vegas sex club and lying to Trump’s wife Melania about his sexual infidelities.

Cohen in the forward, which was posted online,  says that “Trump had colluded with the Russians, but not in the sophisticated ways imagined by his detractors” and “cheated in the election, with Russian connivance, as you will discover in these pages, because doing anything — and I mean anything — to ‘win’ has always been his business model and way of life.”

The fallen lawyer in his book “Disloyal, A Memoir,” also calls Trump a “cheat, a liar, a fraud, a bully, a racist, a predator, a con man” whom he loyally served for years before Cohen turned on him after falling under federal criminal investigation.

“When Trump wanted to reach Russian President Vladimir Putin, via a secret back channel, I was tasked with making the connection in my Keystone Kop fashion,” Cohen writes in the forward.

“I stiffed contractors on his behalf, ripped off his business partners, lied to his wife Melania to hide his sexual infidelities, and bullied and screamed at anyone who threatened Trump’s path to power,” Cohen wrote.

“From golden showers in a sex club in Vegas, to tax fraud, to deals with corrupt officials from the former Soviet Union, to catch and kill conspiracies to silence Trump’s clandestine lovers, I wasn’t just a witness to the president’s rise — I was an active and eager participant.”

Cohen also writes that, “Trump had also continued to pursue a major real estate deal in Moscow during the campaign.”

“He attempted to insinuate himself into the world of President Vladimir Putin and his coterie of corrupt billionaire oligarchs,” Cohen wrote. “I know because I personally ran that deal and kept Trump and his children closely informed of all updates, even as the candidate blatantly lied to the American people saying, ‘there’s no Russian collusion, I have no dealings with Russia … there’s no Russia.'”

A website set up for the book contains a link for pre-ordering it. The book is selling for $32.50, but buyers who want a copy signed by Cohen can get one for $40.

Cohen earlier on Thursday tweeted out a photo of the cover of the book with, along with the message: “Coming Soon.”

The tweet came weeks after Cohen, a Manhattan resident, was rereleased from a prison after a legal dispute over federal probation officials’ efforts to bar him from publishing a book, speaking to reporters or posting on social media while serving the remainder of a three-year criminal sentence under home confinement.

Cohen declined to comment to CNBC on the book.

Cohen has indicated he plans to publish the book before the November presidential election, when Trump will face presumptive Democratic nominee Joe Biden.

Trump has considered Cohen disloyal to him because the former fixer cooperated with federal and state prosecutors in investigations of the president. One of those probes is by the Manhattan District Attorney’s Office, which could be eyeing Trump and his company for possible bank and insurance fraud.

Trump said that Cohen was “lying to reduce his jail time.”

But Cohen, who since last year has publicly condemned the president in heated terms, considers Trump disloyal to his oath of office, among other infractions.

In testimony to Congress before he entered prison in early 2019, Cohen called Trump a “racist” and a “con man.”

The White House had no immediate comment on the book, which would come on the heels of damning books about Trump by the president’s niece, Mary Trump, and by his former national security advisor John Bolton.

In May, Charles Harder, a lawyer for the Trump Organization, sent Cohen a letter warning him that he would be at legal risk if he wrote a book about his time working for Trump.

The letter came nearly two weeks after The Daily Beast reported that Cohen had been “writing an explosive tell-all book about his stint” as Trump’s lawyer “and plans on releasing it before the election.”

The actor Tom Arnold, who had been in contact with Cohen while he was in prison, told The Daily Beast that “the book would pull no punches.”

Michael Cohen, the former personal lawyer for U.S. President Donald Trump, arrives at his Manhattan apartment after being released from federal prison to serve the remainder of his sentence under home confinement in New York, May 21, 2020.

Cohen originally was furloughed to his Upper East Side home from a prison in Otisville, New York, in late May under a Bureau of Prisons program designed to limit the spread of the coronavirus among inmates by releasing people who might be eligible for home confinement.

But on July 10, Cohen was sent back there a day after balking at restrictions probation officials attempted to impose, which would have prevented him from publishing his book, some of which he had written while in prison.

Cohen sued in an effort to reverse his reincarceration.

His lawsuit said that in his book he describes “first-hand experiences with Mr. Trump, and it provides graphic details about the President’s behavior behind closed doors.”

An angry federal judge in late July ordered Cohen’s second release after finding that federal prison authorities were acting in retaliation for him writing the book.

“I’ve never seen such a clause, in 21 years in being a judge and sentencing people,” Judge Alvin Hellerstein said at a Manhattan federal court hearing held on Cohen’s suit.

“How can I take any other inference but that it was retaliatory?”

Federal prosecutors and BOP officials strongly denied that Cohen had been locked up again because of the dispute over the book condition.

They said Cohen had been antagonistic and argumentative at a meeting with U.S. probation officials and had refused to agree with a number of other conditions, including being subject to electronic monitoring.

The conditions of home confinement that were agreed to after Cohen’s most recent release contain no restrictions related to a book, contacts with journalists or social media.

Cohen pleaded guilty in 2018 to multiple crimes, some of which related to Trump.

Trump denies having sex with either woman, but he and his company reimbursed Cohen for the payment the lawyer made out of pocket to Daniels.

Cohen also pleaded guilty to lying to Congress about the details of an aborted plan to build a Trump Tower in Moscow. His other crimes related to tax evasion and lying in connection with bank loans. 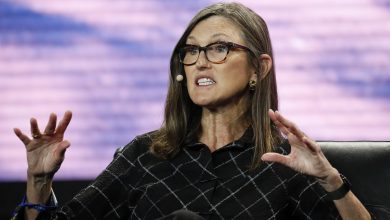 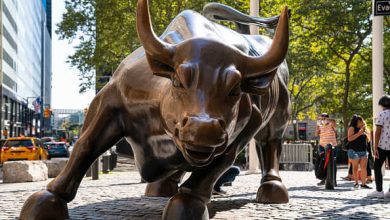 After a big first year, expect smaller and choppier gains from the rest of this bull market 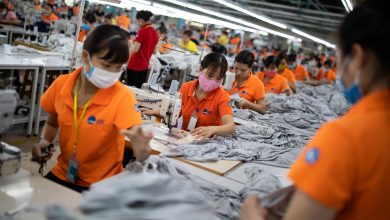 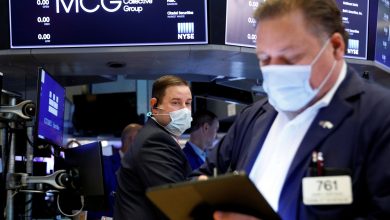