The IMF said governments should strive to protect the most vulnerable households with targeted support, but noted that existing policies aimed at cushioning all consumers were short-sighted.
Picture Alliance | Getty Images

The International Monetary Fund warned European governments against intervening in the region’s worsening energy crisis with broad-based financial support, saying instead that consumers should bear the brunt of higher prices to encourage energy saving and aid the wider shift to green power.

The IMF on Wednesday said governments should strive to protect the most vulnerable households with targeted support, but noted that existing policies aimed at cushioning all consumers from rising costs would dent European economies — many already on the verge of a recession — and deter the energy transition.

“Governments cannot prevent the loss in real national income arising from the terms-of-trade shock. They should allow the full increase in fuels costs to pass to end-users to encourage energy saving and switching out of fossil fuels,” the European arm of the IMF wrote in a blog post.

Until now, European policymakers have introduced sweeping price controls, subsidies and tax cuts to soften the blow of rising energy costs, which have surged across the continent following Russia’s war in Ukraine and a wider supply glut.

But the Washington-based institute warned that such sweeping support was short-sighted, costing some governments an estimated 1.5% of gross domestic product this year while continuing to inflate demand — and therefore prices.

“Suppressing the pass-through to retail prices simply delays the needed adjustment to the energy shock by reducing incentives for households and businesses to conserve energy and enhance efficiency. It keeps global energy demand and prices higher than they would otherwise be,” the report said.

Instead, the IMF said that policymakers should “shift decisively away from broad-based measures to targeted relief policies,” specifically supporting poorer households who are most vulnerable to higher prices but least able to cope with them.

Fully offsetting the increase in the cost of living for the bottom 20% of households would cost governments a comparatively lower 0.4% of GDP on average for the whole of 2022, it said. To do so for the bottom 40% would cost 0.9%, it added.

The paper added that it was “appropriate” for governments to support some otherwise viable businesses during a short-lived price surge, for instance, if Europe were to face a complete cut-off of gas flows from Russia.

However, it added that with prices expected to remain higher for several years, the overall case for supporting businesses is “generally weak.”

The IMF’s comments come as European countries are scrambling for ways to reduce energy consumption and reliance on Russian oil and gas.

Spain on Tuesday announced new energy-saving measures, including limits on air conditioning and heating temperatures in public areas. It follows similar moves by the German city of Hanover last week, which said it was banning hot water in public buildings, swimming pools, sports halls and gyms.

Meantime, energy giants continue to reap the benefits of higher prices, with BP on Tuesday reporting its biggest quarterly profit in 14 years.

The United Nations Secretary-General Antonio Guterres slammed oil and gas companies on Wednesday for their apparent profiteering from the energy crisis.

“It is immoral for oil and gas companies to be making record profits from this energy crisis on the backs of the poorest people and communities,” Guterres said in a speech.

Guterres, like the IMF, said that the funds from energy companies — which equate to $100 billion in the first quarter of 2022 — should be redirected to support vulnerable communities. 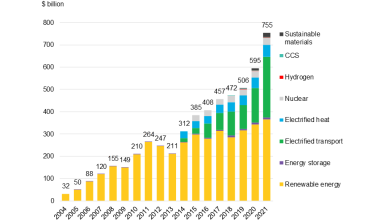 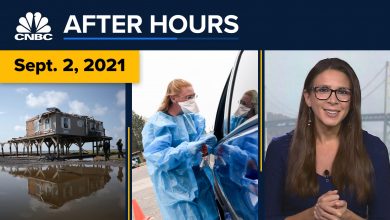 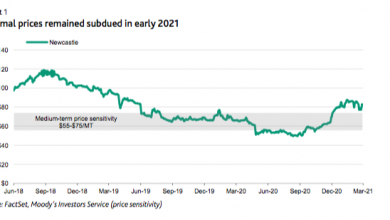 US thermal coal earnings to rise, with some ESG risk caveats – report 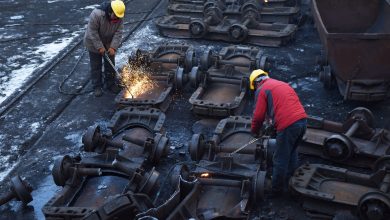