Oishii doesn’t grow your typical strawberries. For starters, a box of six extra-large berries used to sell for $50 at Whole Foods.

The New Jersey-based company’s berries don’t taste like your typical strawberries, either: They’re sweeter, with a denser, juicier center. The flavor, aroma and “buttery texture” are engineered in three vertical farms: two in New Jersey and one in Los Angeles.

“[The strawberries] average somewhere between two to three times more in sweetness level, compared to what’s conventionally grown in the U.S.,” Oishii co-founder and CEO Hiroki Koga tells CNBC Make It. “Once you taste our berries, it’s simply a completely different experience.”

Koga, a former vertical farm consultant in Japan, immigrated to California to study at UC Berkeley’s MBA program in 2015. Shopping at a local market, he noticed that American strawberries looked “shiny and big and delicious,” but were actually “watery and lacked flavor.”

After graduating in 2017, Koga and co-founder Brendan Somerville, a recent MBA grad from UCLA, started hand-building a vertical strawberry farm themselves. There wasn’t a blueprint to follow: At the time, vertical farms primarily featured leafy greens, which grow relatively quickly and don’t require bee pollination to grow. And despite his consulting experience, Koga had never actually built one himself before.

Somerville and Koga watched YouTube videos to figure out how to grow the farm, and spent a year with consultants figuring out how to maintain a suitable environment for both the strawberries and the bees who would need to pollinate the plants.

The result: Oishii’s vertical farms are both greener and cleaner than a typical farm. And even though those $50 boxes of regularly sold out, the company recently slashed the price to $20 per box — a step toward its ultimate goal of making eco-friendly food accessible to everyone, not just those with extra cash.

Here’s what you’ll get what when you pay $20 for a box of six extra-large, eight large or 11 medium-sized berries:

“Conventional farms here in the U.S. could Brix anywhere between four to seven or eight. If you’re really lucky, nine,” Koga says. “Depending on the season, our strawberries consistently Brix between 10 to 15. It’s a completely different quality.”

Oishii grows Omakase strawberries, which are from a specific region in Northern Japan. There, the berries are considered a delicacy because of their rare flavor, aroma and softness.

Grocery store strawberries are often engineered for shelf life, flushed with pesticides and picked while under-ripe. That’s how California strawberries can make their way into Midwest or East coast kitchens — but it comes at the expense of berry softness and juiciness.

Oishii doesn’t even attempt to solve for the same problem: The company only delivers and sells at stores within a roughly 20-mile radius of its vertical farms. Koga acknowledges that shipping strawberries nationwide would improve sales, but says Oishii’s farms are already producing berries at maximum capacity — and shipping to farther distances could diminish the quality of the strawberries, which are grown at low temperatures to preserve freshness.

“We don’t want to be just a social and sustainable company, but we actually want to provide a product that is better than what’s currently available,” Koga says.

When the boxes of six strawberries cost $50 each, a single strawberry was worth $8.33. Even today’s slashed cost of $3.33 per berry is still pretty pricey.

Oishii used to sell a six-pack of “first flower berries” for $50. Now priced at $20, they’re Oishii’s most expensive product because they’re larger and more nutritious than other strawberries. They flower first and stay on the plant longer before harvest.

Koga says the cost reflects both the fruit’s quality and its production value. Oishii strawberries are grown without pesticides, and use less water than traditional farming methods. And because they’re grown inside, they don’t strip farmlands of their nutrients.

“Sometimes people ask us, ‘Are you taking away jobs from farmers?'” Koga says. “But it’s actually quite the opposite, because we don’t have enough farmers to feed [the world’s] growing population, and vertical farming allows us to grow crops much more efficiently.”

That’s part of the reason Oishii changed its price point, even though the company sold out of $50 boxes regularly: Proving that vertical farming can create affordable produce could encourage a sea change across agriculture — an industry valued at $1 trillion in the U.S. alone in 2020, according to the U.S. Department of Agriculture.

Until then, Oishii’s farms remain fairly expensive to run. But Koga notes that new technology often takes a similar route, starting as clunky and prohibitively expensive before eventually becoming more streamlined, affordable and mainstream, like smartphones and electric vehicles. “We justified the price by providing something that didn’t exist in the market,” he says.

Koga says Oishii’s next step is expanding into other forms of produce — first up is likely tomatoes and melons — while weighing the time-consuming cost of building more vertical farming facilities to keep up with demand.

“We are very confident to make this even more efficient in the coming five years, 10 years, and really get to a point where [vertical farming] becomes the new standard, where this becomes even more affordable than conventional products,” he says. 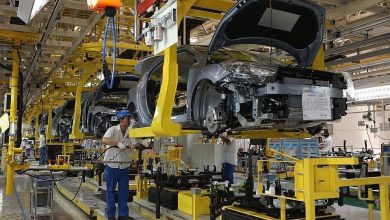 GM keeps plants running in China by asking workers to live in factory, sleep on floors 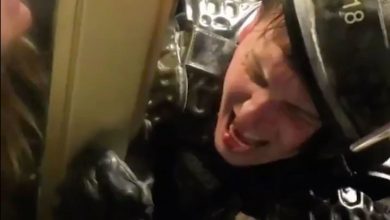 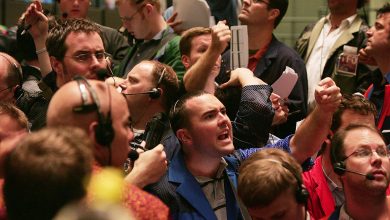 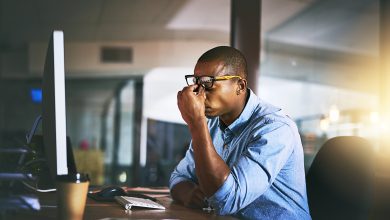