U.S. stocks climbed at the start of Tuesday’s trading session as investors evaluated another round of company earnings.

Housing data from the Commerce Department out Tuesday showed new U.S. home-building activity fell 2% in June to the lowest level since September 2021 as new construction projects also abated, the latest signs of a slowdown in the housing market as surging costs for homes and mortgage financing weigh on affordability.

Second-quarter results from companies including Johnson & Johnson (JNJ), Truist Financial (TFC), and Lockheed Martin (LMT) arrived on Tuesday morning, with Netflix (NFLX) in the spotlight after the closing bell.

Johnson & Johnson reported earnings for the period that beat analysts’ estimates but cut its full-year sales and profit outlook, pointing to the impact of a stronger U.S. dollar. Shares were little changed at the start of trading.

Meanwhile, IBM (IBM) stock tumbled 6% despite an earnings beat after the software giant trimmed its forecasts for free cash flow this year, citing currency headwinds and loss of business in Russia.

Of the 35 S&P 500 companies (comprising 10% of the index) that reported second quarter results as of July 15, 43% of companies beat on sales and earnings per share – weaker than the historical post-week 1 average of 47% and the weakest share since the first quarter of 2020, according to data from Bank of America Research.

Another 16% of companies are scheduled to report through Friday, including tech giants Tesla (TSLA) and Twitter (TWTR) later this week as earnings broaden out past banks to 11 other sectors.

“We expect second-quarter EPS to ‘meet’ at best, with a flurry of downward revisions,” BofA analysts said in a note Monday, adding that details on a few key topics take importance: demand outlook, pricing power, foreign exchange markets, and layoffs.

Federal Reserve officials have signaled they are likely to raise interest rates by 75 basis points at their next policy-setting meeting July 26 and 27 after government data last week showed U.S. consumer prices in June accelerated at the fastest annual pace since November 1981.

The Fed should “communicate with the public that there’s only so much that they can do, especially for near-term inflation relief,” Allspring Global Investments Senior Investment Strategist Brian Jacobsen told Yahoo Finance Live. “If there is one lesson from history, it’s that if the Fed wants to tame inflation really quickly, the only way they can do that is by taking really extreme moves – it would have to be some sort of shock and awe number that would be economically devastating, so I don’t think they’d like the collateral damage.”

Tuesday’s moves come after a rally in the previous session was reversed in the final hour of trading amid a report from Bloomberg News that indicated Apple (AAPL) plans to slow hiring and curb spending next year in preparation for a potential economic downturn. 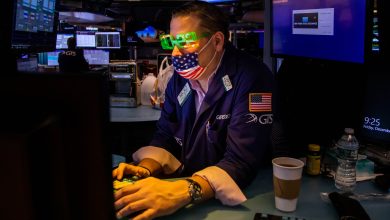 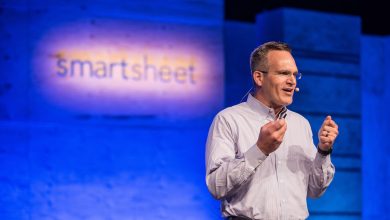 One little-known stock could be best way to play the cloud computing rally, Oppenheimer analyst says 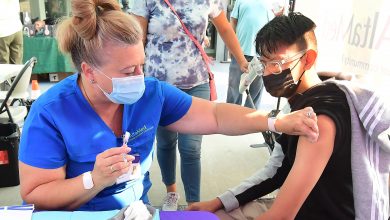 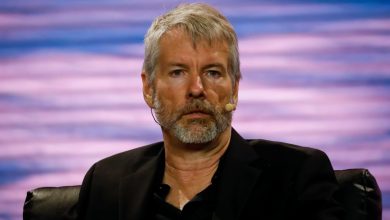