The pandemic-era surge in remote work may be an unlikely ally in the fight to tame stubbornly high inflation.

As many employees have enjoyed commute-free workdays, less stress and better work-life balance, their employers have also benefited from remote work by paying lower wages than they otherwise might, according to a recent working paper co-authored by a group of five economists and published by the National Bureau of Economic Research.

Specifically, researchers found that 38% of employers had expanded opportunities to work from home or another remote location in the 12 months through May in order to reduce what they termed “wage-growth pressures”; 41% expect to do so in the next year.

More from Personal Finance:
How to calculate your ‘personal inflation rate’
Why high inflation is less likely to hurt some retirees
Workers could see largest raises since Great Recession in 2023

In practice, that reduction can occur in a few ways: Employees may accept a smaller raise from their current employer as a tradeoff for working from home a few days a week, or take a new job at lower pay but with a greater opportunity to work remotely, according to Steven J. Davis, an economics professor at the University of Chicago Booth School of Business and a co-author of the study.

(The other co-authors of the recent academic paper include Jose Maria Barrero of the Instituto Tecnologico Autonomo de Mexico, Nicholas Bloom of Stanford University and Brent H. Meyer and Emil Mihaylov of the Federal Reserve Bank of Atlanta.)

The researchers found that employers’ expansion of remote work opportunities results in a cumulative decline of 2 percentage points in wage growth over that two-year period — “a nontrivial amount,” according to Davis.

It’s the equivalent, for example, of getting a 5% raise instead of a 7% raise, he said. But it’s not necessarily lost value for employees; they can think of remote work as a form of nonfinancial compensation, Davis added.

“The opportunity to work from home adds to the amenity value of a job,” he said. “Just like working in a nicer office would make a job more desirable.”

Workers seem to know what they want. They are extremely, extremely bullish on remote work.
Julia Pollak
chief economist at ZipRecruiter

That amenity value can come via being able to do a load of laundry or bake something in the oven during the workday — essentially, being productive in other parts of an employee’s life in addition to work, according to Julia Pollak, chief economist at ZipRecruiter. Workers also save time commuting to the office, and that time savings has an associated value, she added.

“That quality-of-life improvement also means they needed to be compensated less,” Pollak said.

In addition, there may also be cost savings derived from remote work. Employees who drive can reduce their expenditures on gasoline, for example. And workers who can relocate to a less-costly geographic area or closer to family members to help save on child care costs, for example, may feel less financial pressure to ask for a raise, Pollak added.

“Workers seem to know what they want,” Pollak said. “They are extremely, extremely bullish on remote work.”

This wage-capping dynamic is important relative to one aspect of inflation: the fear of a so-called “wage-price spiral.”

This economic theory suggest workers, faced with rapidly rising household prices, will ask their bosses for an income boost to defray the financial pain — which they have the bargaining power to do in the current red-job market. In turn, businesses raise the prices for their goods and services to offset higher labor costs, which in turn leads to more inflation, and more raises, and so on.

Of course, factors other than historically large pay bumps are feeding into inflation, which is currently at its highest since November 1981. The war in Ukraine has caused prices for commodities such as oil to spike, and supply chains haven’t fully recovered from pandemic-related issues, for example.

This modestly eases the task of taming inflation without triggering a recession, according to researchers — an undertaking the Federal Reserve has begun in recent months. The central bank is raising interest rates, and therefore borrowing costs for consumers and businesses, in a bid to slow the economy and rein in prices.

Employers may be leveraging remote work to cap wage growth not just with existing employees, but also while recruiting, Davis said. A company based on San Francisco might try hiring a full-time remote worker in Boise, Idaho, for example, so it can pay a lower salary based on geography, Davis said.

Of course, not everyone is able to work from home part- or full-time. While 65% of those with a bachelor’s degree can telework, that’s true for just 53% of those with some college education or less, according to the Pew Research Center. There’s also an income divide, Pew found — 67% of upper-income employees can telework versus 53% of low-income workers. 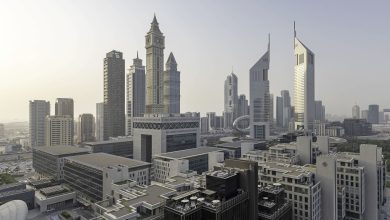 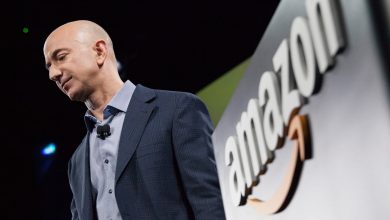 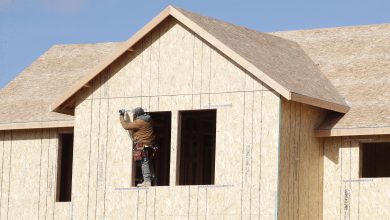 U.S. housing shortage will be around for ‘years to come,’ says Taylor Morrison CEO 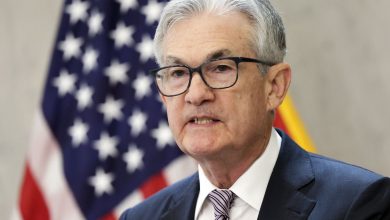 Powell says U.S. economy can handle the additional rate hikes that are coming