Oil prices have traded lower for most of July, with U.S.-traded crude futures dropping below $100 per barrel before rebounding to $102 on Monday.

The slump has hit oil stocks across the board, with most producers, refiners, and service companies dropping by more than 5% in the past month, and many by double-digits. ConocoPhillips (ticker: COP), for instance, has fallen 14%.

Some analysts worry that oil stocks may be stuck at these levels for a prolonged period even though most have healthier balance sheets than they have had in years. Money managers have been reticent to buy oil stocks despite their financial discipline and their historical role as an inflation hedge.

Citi analyst Scott Gruber writes that oil producers and oil service firms may be in “stock purgatory” for now, in part because fund managers worry that oil prices have more room to fall if a recession hits.

Natural gas has been a different story, however, and Gruber thinks investors are more open to buying gas-focused producers. Stocks of producers such as Pittsburgh-based company EQT (EQT) have been better bets over the past few weeks, and the commodity has recently been rising quickly. On Monday, natural-gas futures were up 6.3% to $7.46 per million British Thermal Units.

Natural gas has historically been used mostly for heating, and it tends to fluctuate depending on how cold it gets in winter. But it has become a more prominent source of electricity in the U.S. and elsewhere. Heat waves in Europe—including record temperatures forecast in London—and the U.S. this summer mean more people are using air conditioning, causing electricity demand to rise.

Meanwhile, Russia’s invasion of Ukraine has imperiled global natural-gas supplies, because Europe depends on Russia for as much as 40% of its gas. Russia recently shut down a major gas pipeline, Nord Stream I, saying it needed maintenance.

There is now “concern that flows may not be restored following the completion of work,” which is causing gas prices to rise, according to Bank of America analyst Francisco Blanch.

Liquefied natural gas (LNG) prices in Europe were recently trading around 186 euros per megawatt-hour, about 100 euros more than where they were in mid-June, Blanch noted.

TTF is a Dutch benchmark price for LNG.

Nord Stream isn’t the only threat to gas supplies. Russian company Gazprom has declared force majeure on at least three European gas buyers, meaning their supplies may be capped, according to Bloomberg. The less gas that Russia supplies to Europe, the more the continent will need to rely on other suppliers.

Europe has been racing to fill gas storage tanks since Russia’s invasion, but now looks like it could run out of supplies earlier than previously expected—and potentially cause prices to rise even more.

“In April, we expected the next European winter to be a tough time for consumers and governments,” wrote Rystad Energy analyst Vladimir Petrov in a report released Monday. “Our updated scenarios show that Europe will probably be heading into the storm much earlier than previously thought—and that the region will be underprepared for the chaos it will bring.”

Unlike oil, natural gas has no cartel to stabilize prices, so they are likely to remain volatile. Blanch thinks they are likely to stay high for an extended period given the supply-demand issues and the continuing risk premium from the Russian invasion.

U.S. natural-gas producers are likely to benefit from this dynamic, because they have been able to sell their gas for higher prices given increasing demand in Europe.

After a slump in June, U.S. natural-gas prices are up this month, and several of the stocks have persevered too. EQT is up 4.5% in the past month and Range Resources (RRC) has risen 3.8%. 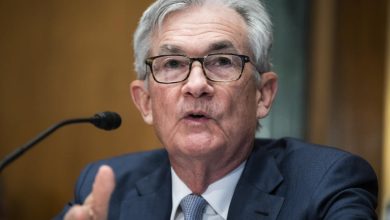 Fed raises interest rates for the first time since 2018 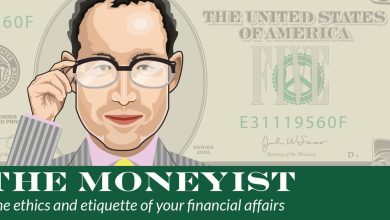 ‘She has no life insurance or savings’: My brother-in-law died, leaving my sister with $20,000 in debt. How can I help her? 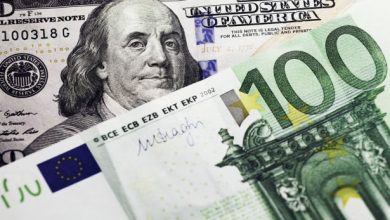