U.S. President Joe Biden and Vice President Kamala Harris enter the Rose Garden to sign into law H.R. 55, the “Emmett Till Antilynching Act” during a ceremony at the White House in Washington, March 29, 2022.
Kevin Lamarque | Reuters

President Joe Biden’s allies are quietly meeting with party officials and donors ahead of the 2024 presidential election, as polls show Democratic voters may want an alternative to the incumbent who publicly insists he will seek a second term in the White House.

Top Democrats have already started to rub elbows with the influential people who could propel a White House run in 2024. Vice President Kamala Harris has been in touch with a small group of allies who helped to organize her successful California campaigns for district attorney, attorney general and U.S. Senate, and has held private meetings of at least three supporters in her residences, according to a person briefed on the matter. Harris has said in interviews that she plans to run on Biden’s ticket in 2024.

This person explained that Harris has been in touch with at least two wealthy friends: Vanessa Getty, a model and wife of Billy Getty, an heir to the billionaire Getty family, as well as Laurene Powell Jobs, a billionaire businesswoman and widow of the late Apple co-founder Steve Jobs. Both have been close to Harris throughout her political career, and Getty and her family fundraised for many of the vice president’s earlier campaigns for office in California and her unsuccessful 2020 run for president.

Powell Jobs recently met with the vice president at her residences, one of the people explained. Another person familiar with the meetings said “the vice president, when her friends are in town, always enjoys hosting at the residences and that is what the nature of their visits are.”

The 2024 election did not come up at Harris’ meetings with these allies, according to those briefed. But the gatherings themselves suggest to those familiar with the conversations that the vice president is keeping those influential people close to either help the Biden-Harris 2024 ticket or to aid her own campaign if the president opts against running for a second term.

Harris is not the only Biden ally who appears to be making inroads with wealthy financiers as the president considers his political future. A Wall Street executive who raised money for Biden’s 2020 campaign said he has heard from both Harris and California Gov. Gavin Newsom in recent weeks.

This person said that the Democrats did not explicitly ask for support, but acknowledged that their efforts to reconnect show they are likely trying to get big money supporters in their corner in case they run for the White House in two years.

Newsom will have more chances to mingle with wealthy potential campaign patrons soon. Heather Podesta, the longtime lobbyist and Democratic Party fundraiser, is set to host at least seven governors at her home in Santa Monica this week. Dozens of wealthy donors are expected to go.

Newsom and Colorado Gov. Jared Polis, who both face reelection in 2022 and have been floated as potential 2024 presidential candidates, are set to attend, according to people familiar with the matter. The event officially supports the Democratic Governors Association, which aims to elect Democratic candidates for governor.

Up to 125 people are expected to attend the gathering at Podesta’s home. They include big money donors who have backed both the DGA and the campaigns of individual governors. Podesta reportedly paid over $7 million for the nearly 6,200-square foot property.

The event is another instance of how some Democrats, all of them Biden allies, seem to be making inroads with wealthy financiers in case the commander-in-chief decides not to run for president in what could be a massive 2024 primary, these people explained. Many of these people declined to be named in order to avoid attacks from Biden or his allies.

Newsom has said he has no White House ambitions. He has said he believes Biden should run for president again, and that he would not run against his party leader. Nathan Click, a political spokesperson for Newsom, pointed CNBC to the governor’s recent comments that he has no plans to run for president. Click said Newsom will go to the fundraiser to support party governors and the DGA.

“He regularly participates in DGA fundraisers and believes strongly in helping Democratic governors win across the country,” Click said.

Meanwhile, Polis has said he is not running for president, and his team has noted he plans to serve his full term as governor if he gets reelected. Polis campaign spokesperson Amber Miller told CNBC that Polis “is a Democratic Governor running for re-election attending a DGA fundraiser.”

“The Governor is just focused on running the state of Colorado, and if he’s re-elected, he plans to serve his entire term,” Miller said in an email.

Biden and the White House have insisted the president will run for reelection. As he works through soaring inflation and a dismal approval rating, voters seem to have started to look elsewhere for 2024.

A New York Times/Siena College poll found 64% of Democrats surveyed want someone else to head the presidential ticket in two years. The findings were not all bad for Biden: The same survey found a plurality of voters would choose the incumbent if he faced former President Donald Trump in a 2020 rematch. An overwhelming 92% of the Democratic Party would vote for Biden again versus Trump, according to the poll.

Biden will be 81 by the general election in November 2024.

Trump, who will be 78 by the time of the next presidential election, is reportedly aiming to launch his next run for the White House in September. Trump told New York Magazine in a recent interview that he has already decided to run for president again, and that he only needs to settle whether he launches a campaign before or after the 2022 midterm elections.

The White House has tried to sharpen its messaging strategy ahead of the November midterms and 2024 election. The administration plans to more aggressively tout positive economic news, such as the 372,000 jobs the U.S. added in June and its efforts to cut gas prices, a person briefed on the matter explained.

For the 2024 election, the White House and its allies aim to repeat their playbook from the 2020 contest: draw a clear contrast between Biden and whoever the Republican nominee is, this person explained. Biden and his allies hope to follow the strategy whether the GOP standard bearer is Trump or another contender such as Florida Gov. Ron DeSantis.

Biden’s team hopes to showcase how, in its view, the GOP alternative to Biden would hurt key voting blocs such as suburban women.

“It’s going to be Biden versus the alterative,” a party strategist close to the White House explained. “Biden is going to come out on top of that argument.”

A Biden White House advisor noted that the president has recently said he intends to run for reelection in 2024, and that potential Democratic challengers have said they back the president and will not run against him.

“I think you have seen the President out traveling, talking about our economic message and his plan to lower costs for the American people. I think you’ve seen him sharpen his contrast for the midterms, and he will continue to do so,” the spokesperson said. “He’s made clear there will be a choice — Joe Biden and Democrats, who are fighting inflation and working to cut costs for the American people fighting for a women’s right to reproductive care, or ultra MAGA Republicans, who are proposing a national ban on abortion, and have no plan to fight inflation and are instead focused on sunsetting Social Security and Medicare every five years.”

Despite Biden’s assurances, recent polls have invigorated a group of Democrats who appeared to have started the ground work for running in a primary that would not include Biden, these people explained. Biden’s low approval ratings have left many in his party searching for options.

For instance, the NY Times/Siena survey showed that 58% of those polled rated economic conditions as “poor,” as gas prices remain high and inflation rose more than 9% in June.

Meanwhile, party donors have been scrambling to figure out whether Biden is going to run or if someone else could lead the party instead in 2024, these people explained.

Others, such as longtime financier Alan Patricof, are sticking with Biden.

“I am still in the Biden camp for 2024. I prefer not to listen to idle chatter. As far as I am concerned, he is still very much on his game,” Patricof, the co-founder of venture capital firm Greycroft and a fundraiser for Biden’s 2020 campaign, told CNBC in an email. Data from OpenSecrets lists Patricof as one of many business leaders who helped to raise at least $100,000 for Biden’s campaign.

Some other donors who backed Biden in 2020, and have financed Democrats up and down the ballot, have taken a different approach and are speaking out against the current administration or meeting with other potential candidates in case they run in 2024.

Chamath Palihapitiya, the CEO of venture capital firm Social Capital, gave two $2,800 checks to Biden’s 2020 campaign, according to Federal Election Commission filings. Those donations are the max amount an individual can give to a campaign. One was earmarked for the primary, and the other for the general election.

Describing Biden as the CEO of a company and voters as the company board, Palihapitiya suggested in a statement to CNBC that the president has to make changes within his administration if he wants to stand a chance of getting reelected in 2024.

“The board has officially put their CEO on notice, and unless they show improvement, the board’s confidence will only continue to wane,” Palihapitiya said in an emailed statement. “In sports terms, it may not be time to fire the GM, but it’s probably time to think about a new coaching staff and adding the right players to fill the team’s most pressing holes.”

He did not provide specifics on what changes should be made.

A New York-based tech executive who also donated to Biden’s campaign for president told CNBC that early conversations about a so-called “unity ticket” have already begun, with a Democratic alternative to Biden and a Republican other than Trump vying together for the presidency in 2024.

Another Biden fundraiser, who raised at least $100,000 for Biden’s 2020 campaign, according to OpenSecrets, told CNBC that the “unity ticket” idea is the “dumbest f—— thing I’ve ever heard.”

This fundraiser also noted that he has heard from a Democratic governor who told him that they plan to run for president in 2024 if Biden does not. The meeting with that governor took place two weeks ago at this big donor’s home in the Hamptons, one of the wealthiest regions in New York.

This donor would not reveal who that governor is. 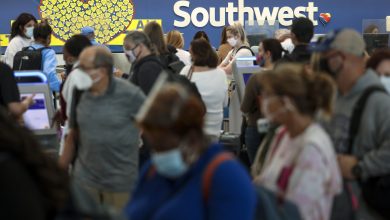 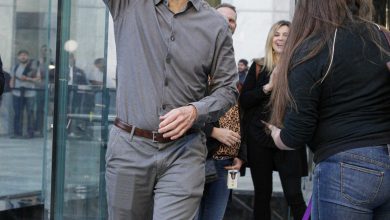 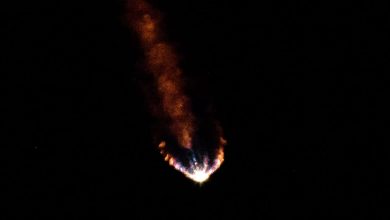