Catch the latest episodes of CoinDesk TV for insightful interviews with crypto industry leaders and analysis. And sign up for First Mover, our daily newsletter putting the latest moves in crypto markets in context.

Bitcoin’s four-day winning streak snapped on Sunday with the largest cryptocurrency tumbling below $21,000.

Bitcoin was recently trading at about $20,800, down more than a percentage point over the past 24 hours, although still higher than it stood before starting its mini-rally on Wednesday. Market observers see the crypto continuing to trade in the $18,000 to $22,000 range that it has maintained for a month, at least until investors have a clearer sign whether central banks can lick inflation without casting the global economy into recession.

“While Bitcoin saw positive momentum this week, it remains range-bound when you take a broader view, and is still struggling to cross the $22,000 resistance,” Joe DiPasquale, the CEO of crypto asset manager BitBull Capital, wrote to CoinDesk.

DiPasquale noted optimistically that “BTC managed to stay strong,” despite the recent gloomy inflation report that affected stocks and other high-risk assets. “For now, we remain interested in the bottom of this range when it comes to Bitcoin’s price, and are monitoring for accumulation during this range-bound movement.”

Ether, the second largest crypto by market cap, was recently changing hands at roughly $1,350, flat over the same period. Most other major altcoins were in the red with UNI and AAVE off approximately 2.5% and 3%, respectively.

Cryptos veered slightly from stocks’ path as major indexes closed solidly in the green on Friday, with the tech-heavy Nasdaq and S&P 500, which has a heavy tech component, climbing 1.7% and 1.9%, respectively, and the Dow Jones Industrial Average rising over 2%. The gains reversed some ground lost earlier in the week as investors tried to reconcile the latest data showing inflation still on the march and disappointing earnings among major brands in a range of industries with more encouraging signs that the global economy may not be cratering anytime soon.

On Wednesday, the Bureau of Labor Statistics’ consumer price index showed June inflation rising 9.1%, a 40-year high, with core goods and services, such as food and energy rising at an even faster rate. The University of Michigan’s widely watched, monthly consumer sentiment index remained near its all-time low in its most recent release Friday.

Yet the job market and retail spending have remained strong, indicating that the economy is still expanding.

Among other, more recent developments, Russian President Vladimir Putin signed a law banning digital payments across the nation, according to a policy amendment on Thursday. The legislation prohibits the use of digital securities and utility tokens as a means of payment for goods, services and products in Russia.

BitBull’s DiPasquale will be eyeing the possible impact of the U.S. central bank’s expected interest rate hike later this month on bitcoin pricing. The bank’s Federal Open Market Committee, which sets monetary policy, meets next Tuesday and Wednesday and is widely expected to raise interest rates by at least 75 basis points in its quest to stem inflation.

“If Bitcoin does not break down from this range by the end of the month, especially post the FOMC, we could see it as a strong sign of a potential long-term bottom,” DiPasquale wrote.

Digital assets crashed hard in 2018 as a result of the bursting of the 2017 Initial Coin Offering (ICO) bubble. As students of crypto history know, once ICO projects finished their token sale they converted their treasury to dollars, and this rapid glut of bitcoin and ether on the market crashed prices leading to the crypto winter of 2018-2019.

Those who had a broad portfolio of these ICO tokens and HODL’ed them through the dark days of that crypto winter came out well ahead, beating the stock market, even high-growth tech stocks that had their best days between 2018-2020, by a mile.

But there were also plenty of retail investors that got burned. Not just on fraudulent tokens — of which there were many — but on the rapid plummeting of crypto prices.

A big part of the crash, and subsequent winter, was that the infrastructure at the time wasn’t very sophisticated compared to what’s available now. As bad as the market correction of 2022 is, what happened in 2017-2018 was minuscule as far as market capitalization goes.

“The environment in the current crypto ecosystem vastly differs from the heyday of ICOs in 2018,” Singapore-based Danny Chong, co-founder of DeFi protocol Tranchess, told CoinDesk. “Market maturity has driven the need to establish stronger technological foundations to be laid which have enabled exchanges and DeFi protocols to provide a variety of products, with lending, bridging, and liquid staking abilities, to reduce price fluctuations.”

Chong also points to the availability of more blockchain ecosystems beyond Ethereum that help shield the market from such rapid declines as experienced during the days of ICOs.

“Although the perceived domino effect hasn’t changed since the ICO crash, the impact felt by institutions and retail investors is relatively less in 2022,” he said.

One key piece of infrastructure that didn’t exist during the ICO bubble was automated market makers (AMMs). These autonomous trading mechanisms are more efficient than a centralized order book, and prevent price slippage, by providing a readily available pool of deep liquidity to traders.

When a seller can’t find a buyer on a centralized marketplace, the price keeps dropping until there’s a match. AMMs would slow down this price slippage by providing liquidity to absorb the sale acting as a counterparty. This liquidity could be used for future transactions, or redistributed to other pools.

Right now, Unisawp has around $3.6 billion in value locked across dozens of pools, with most major digital assets represented.

“AMM models continue to improve over time and are more efficient than order book algorithms,” a person identifying themselves as “Puff,” who claims to be the lead contributor to the DeFi protocol Iron Bank, told CoinDesk. “DeFi has had five years to showcase its ability to handle volatility in both directions.”

And where was the genesis of most of these protocols? The crypto winter that chilled the market after the ICO crash. One has to wonder what will be built during this market downturn.

In case you missed it, here is the most recent episode of “First Mover” on CoinDesk TV:

Reaction to US Inflation Data and China Q2 GDP

As it prepares for its first hearing in New York bankruptcy court on Monday, crypto lender Celsius Network has acknowledged it now has a $1.2 billion hole in its balance sheet. Legal expert Ron Hammond of the crypto lobbying group Blockchain Association joined “First Mover” to share his insights. Jason Pagoulatos of Delphi Digital provided crypto markets analysis. And Avery Akkineni, Vayner3 president, discussed her outlook on NFTs and the Web3 space amid the recent market downturn.

Bitcoin’s Up, Gold’s Down, the Euro Is Dragging – and It’s All Inexorably Tied: Bitcoin the inflation hedge; the prodigal child returns.

Vladimir Putin Bans Digital Payments in Russia: He has signed a bill that adds to a previous prohibition against cryptocurrency payments in the country.

The Fall of Celsius Network: A Timeline of the Crypto Lender’s Descent Into Insolvency: A timeline of Celsius’ battle with insolvency during the crypto crash, from the firm’s decision to limit some user activity before the “pause,” to its decision to file for bankruptcy on the advice of restructuring experts.

Satoshi Wept: How Crypto Replayed the 2008 Financial Crisis: It only took 13 years for crypto to recreate the same kind of financial crisis it was designed to prevent. Here’s how it (almost) all went down.

“Over 95% of industrial-scale bitcoin mines curtailed their power consumption during peak demand times over the past week. The bitcoin miners were able to push over 1,000 [megawatts] back into the grid for ten-hour plus periods multiple times during the week.” (Texas Blockchain Council President Lee Bratchern/Washington Post) … “Kia America is putting Dead Army Skeleton Klub NFTs into its next national advertising campaign, another indication that the characters from Web3 worlds are becoming the next commercial stars.” (Ad Age) 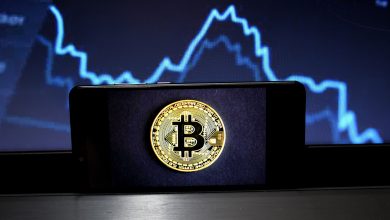 $260 billion wiped off crytpocurrency market in 24 hours as bitcoin plunges below $50,000 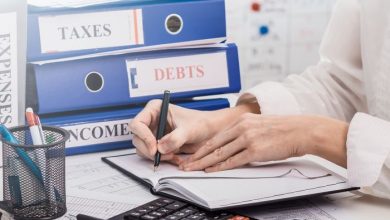 I have $950,000 invested with a large financial firm, but they are charging me $1,100 a month in management fees. Is this reasonable? 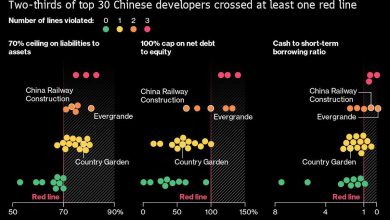 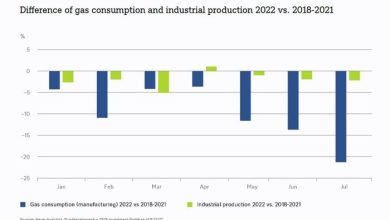 There’s only one ‘perfect asset’ to fight all the bad news that could be coming, says this strategist