Workers walk past a gas storage tank at the constriction site of the Trans Adriatic Pipeline receiving terminal in Melendugno, Italy, on Tuesday, May 22, 2018.
Bloomberg | Bloomberg | Getty Images

LONDON — The EU signed a new gas deal with Azerbaijan Monday, as officials scramble to secure future supplies amid growing fears about a Russian cutoff.

European officials have been preparing for a potential complete shutdown of gas supplies from Russia in the wake of Moscow’s invasion of Ukraine. Russia has for several years been Europe’s most important source of natural gas, but there’s now a firm push by Brussels to reverse this.

European Commission President Ursula von der Leyen and Europe’s energy chief, Kadri Simson, were in Azerbaijan on Monday to finalize the deal. In a statement, the commission said Azerbaijan had committed to delivering at least 20 billion cubic metres to the EU annually by 2027.

Azerbaijan was already on track to increase it deliveries to the region. According to the commission, gas supply from the country will increase from 8.1 billion cubic metres in 2021 to an expected 12 billion cubic meters this year.

“Amid Russia’s continued weaponization of its energy supplies, diversification of our energy imports is a top priority for the EU,” the European Commission said in a statement on Friday ahead of the trip.

Russia has denied it is using gas as a weapon against the West, however supplies have fallen by more than 60% in recent weeks. In addition, the shutdown of the Nord Stream 1 pipeline — a crucial transit point of Russian gas to Germany and beyond — for maintenance work has added to concerns that Moscow could potentially end its supplies of gas to the bloc altogether.

Azerbaijan, which borders Georgia, Turkey, Armenia, Russia, Iran and the Caspian Sea, started exporting natural gas to Europe via the Trans Adriatic Pipeline at the end of 2020. At the time, Azerbaijan said it planned to send 10 billion cubic meters of gas to Europe every year, mostly to Italy, but also to Greece and Bulgaria.

The International Energy Agency noted in March that there could be a role for Azerbaijan to play as Europe looks to reduce its gas imports from Russia.

“Our analysis indicates that production inside the EU and non-Russian pipeline imports, including from Azerbaijan and Norway, could increase over the next year by up to 10 billion cubic meters from 2021,” the IEA said.

Some analysts, however, are questioning the reliability of Azerbaijan as a supplier.

“It should be taken into account that the route of Azerbaijani gas to Europe passes through Russia’s sphere of influence,” Gubad Ibadoghlu, senior visiting fellow at the LSE university, said in a blogpost in May.

But Europe is in a race against time to reduce its dependence on Russia. Overall, 12 EU countries have been directly affected by Russia’s reduced gas exports so far, and some others are no longer receiving any gas from Moscow.

“Further decisions by Russia to arbitrarily cut off countries or companies cannot be excluded. Since the beginning of Russia’s invasion of Ukraine, we have known that a very serious disruption is possible and now it seems likely,” the European Commission’s Simson said at a press conference in late June.

On Monday, Reuters reported that a letter from Gazprom, Russia’s energy giant, said it could not fulfil all its supply obligations due to “extraordinary” circumstances.

Time to save energy

Europe’s efforts to seek alternatives to Russian hydrocarbons come with an additional warning: it is time to save energy.

The European Commission, the executive arm of the EU, is expected to outline Wednesday a handful of recommendations for corporates on how to cut energy usage. The plan aims to raise awareness for what could be a tough winter in the region if gas supplies are restricted.

“We will soon come out with a plan, where we update our work on possible scenarios, look into ways to save energy proactively and provide guidance to reduce demand in the industry,” Simson said last week on Twitter. 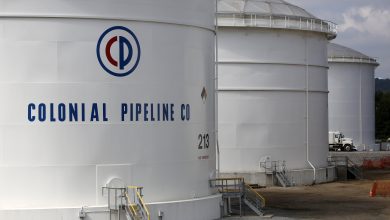 A major U.S. pipeline is still mostly shut due to a cyberattack. Here’s what you need to know 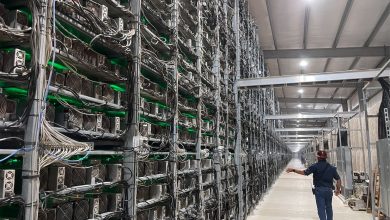 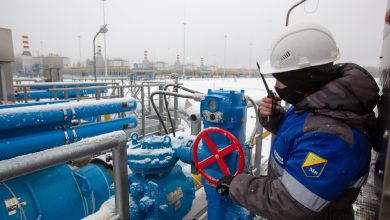 What if Russia turns off the gas? Europe assesses its options as fears mount over Ukraine crisis