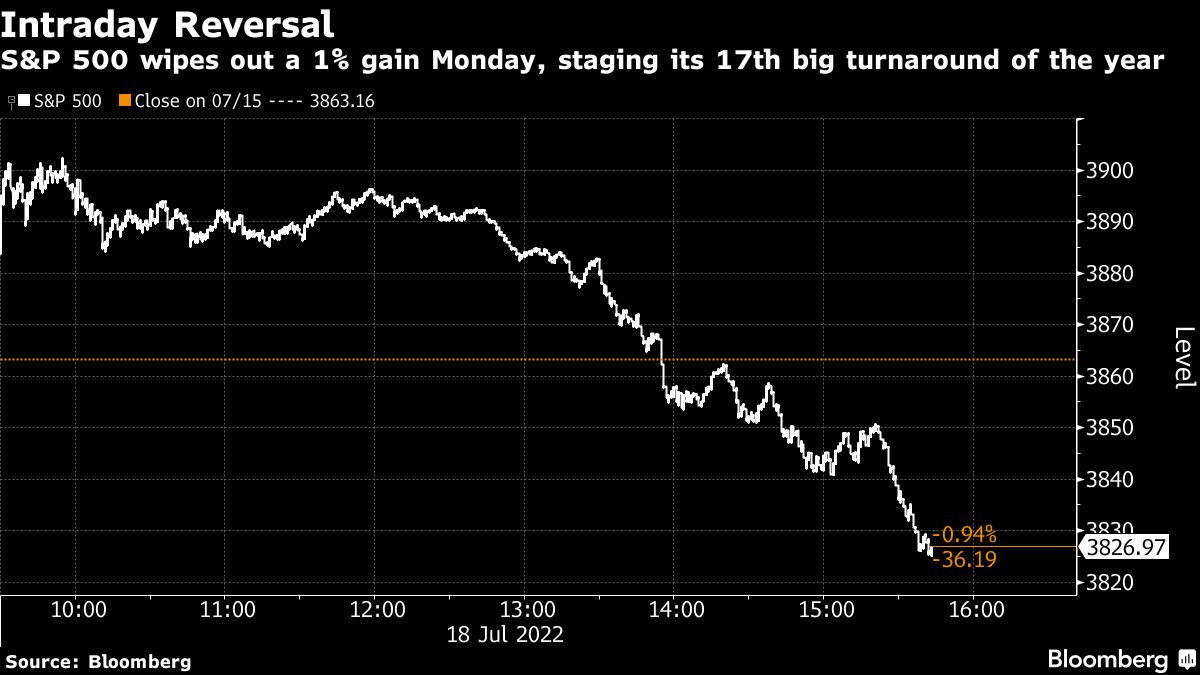 (Bloomberg) — A yearlong rush to the exits by institutional investors has left the stock market’s foundation delicate and given to quick swings.

More evidence came at around 1 p.m. in New York Monday, when what looked like a second straight green day for the S&P 500 fell apart in minutes. While news Apple Inc. will slow hiring was cited as a culprit in the collapse, such swings have become common in 2022 equities.

The S&P 500 wiped out a 1% gain Monday, roughly two weeks after the index erased a 2% drop. It’s the 17th time since January that the benchmark reversed an intraday move of at least 1%, putting it on course for the most volatile year since the global financial crisis, by this measure.

A “tug-of-war” is being fought by investors weighing the prospects of an economic recession against what are becoming sturdier valuations where a lot of bad news may have been priced in, according to Adam Phillips, managing director of portfolio strategy at EP Wealth Advisors. For a third time this month, the S&P 500 bounced above 3,900 but failed to hold.

“We’ve seen a modest recovery from the June lows but believe we are still in a downward trend,” Phillips said. “We can hope for the best, but the reality is that investors are fighting an uphill battle here while they wait for earnings projections to adjust and inflation to moderate.”

With equities having lost as much as $15 trillion during the bear market run, professional speculators have cut their exposure to mutliyear lows.

The dramatic shift in positioning is best illustrated by JPMorgan Chase & Co.’s client data on hedge funds that make both bullish and bearish equity wagers. Since the start of last year, the group’s leverage in the long book has plunged to the bottom 5% of a historic range after sitting at the highest level possible. At the same time, their shorts went from the lowest level of exposure to the 70th percentile.

To JPMorgan analysts including John Schlegel, such light positioning is one reason why the market has demonstrated a whiplash reaction to data like last Wednesday’s surprisingly hot inflation report. That day, S&P 500 futures initially sank almost 2% before paring back the loss to close slightly lower. Yields on Treasury bonds showed a similarly knee-jerk reaction, spiking higher and then retreating.

“This lack of further equity selloff and muted reaction in rates may suggest that there is simply less de-risking that investors are actively trying to do,” Schlegel wrote in a note. “The already-low positioning might also be partly behind the relatively low turnover” among hedge funds.

There are signs of waning conviction in other parts of the market. Across the board, traders have been reluctant to place huge wagers ahead of the bulk of the earnings reporting season and the Federal Reserve’s policy meeting later this month. Equity trading volume on exchanges last week fell to the lowest of the year. 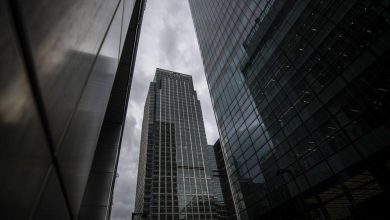 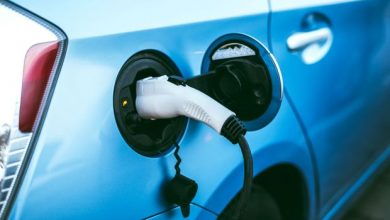 QuantumScape Stock Is Sliding. Here’s Why. 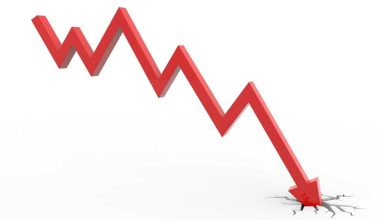 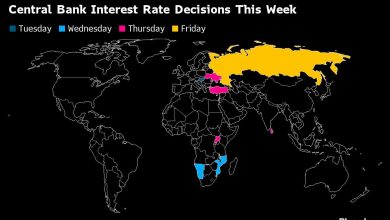