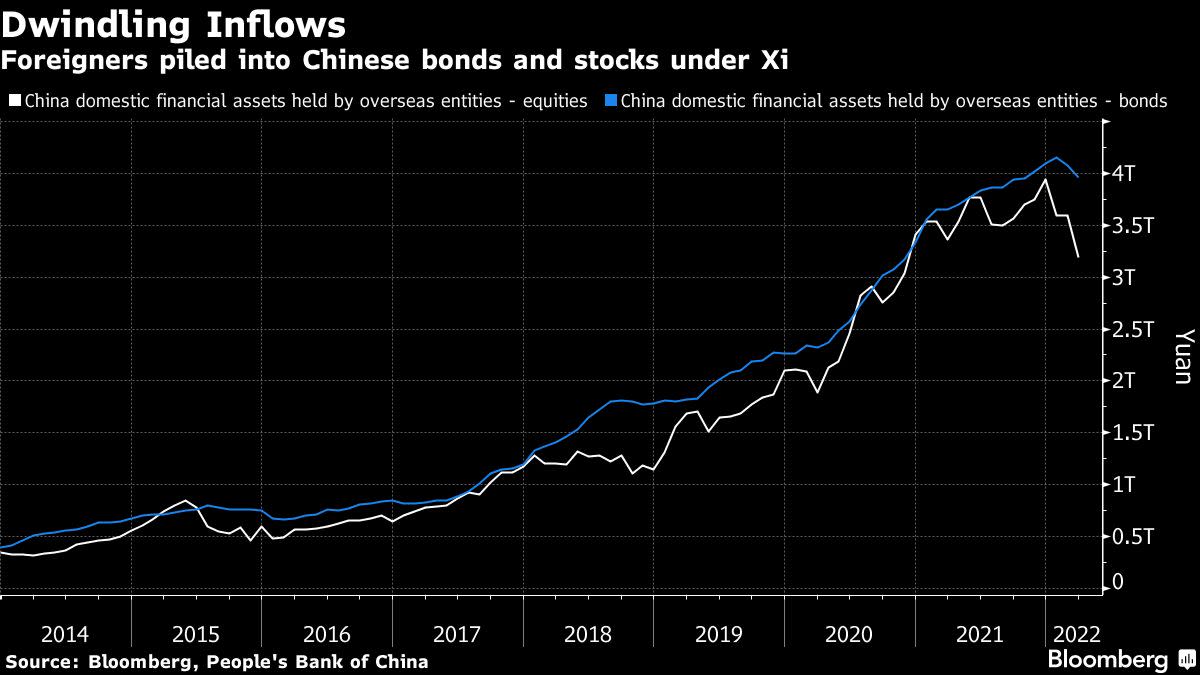 (Bloomberg) — After drawing foreign capital into China’s markets for years, President Xi Jinping is now facing the risk of a nasty period of financial de-globalization. Investors point to one main reason why: Xi’s own policies.

Money managers once enticed by China’s juicy yields and huge tech companies now say reasons to avoid the country outweigh incentives to buy. They cite everything from unpredictable regulatory campaigns to economic damage caused by strict Covid-19 policies, not to mention growing risks stemming from a wobbly real-estate market and even Xi’s coziness with Russia’s Vladimir Putin.

It all marks a dramatic about-face for a market that had been developing into a magnet for investors from around the globe, a role that seemed to be China’s destiny as the second-largest economy.

“The supertanker of Western capital is starting to turn away from China,” said Matt Smith of Ruffer LLP, a $31 billion investment firm that recently shut its Hong Kong office after more than a decade because of shrinking demand for on-the-ground equity research. “It’s just easier to put China aside for now when you see no end in sight from Covid Zero and the return of geopolitical risk.”

Foreign presence in modern China’s capital markets has increased markedly since Xi became president in 2013. The government carved out channels to let capital flow in, including stock and bond trading links via Hong Kong, and pushed for the inclusion of yuan-denominated assets in major global benchmarks. The goal was to encourage inflows, fund private enterprise and energize the economy — all while retaining significant control over capital flowing out.

But Xi’s government showed little regard for global investors last year when it unleashed a series of crackdowns on the country’s most profitable companies. The result was distrust and confusion over the Communist Party’s goals, as well as punishing losses for shareholders. Wariness toward Chinese assets born during the trade war with the US also increased this year after Russia attacked Ukraine and as Xi insisted on pursuing a Covid-Zero strategy that’s been abandoned by virtually every other country.

The caution is leaving a mark, with allocations to China among emerging-market equity funds falling to the lowest in three years, EPFR Global said in a report this month.

Rather than debate when to buy the dip in Chinese assets, discussions among global investors now focus more on how much to reduce exposure. A London-based hedge fund reduced its China long positions to just one following pressure from US clients, said a person who declined to be named discussing internal business. A Zurich-based investment manager said some European pension funds and charities no longer want China in their portfolios because of rising geopolitical and governance risks.

On a recent trip to London, Citigroup Inc.’s Asia-based research team found what they called a “surprisingly low level” of client engagement toward China. Discussions that analysts Gaurav Garg and Johanna Chua had with macro investors centered on the direction of China’s growth and stimulus policies, the analysts wrote in a July 7 report. Clients were largely focused on India and Korea markets instead, they said.

Krane Funds Advisors LLC — a manager of China-focused exchange-traded funds — faced significant pushback from clients at a roadshow in May, Xiaolin Chen, who manages KraneShares’s business outside the US, said at a recent roundtable hosted by Funds Europe/Funds Global Asia. Investors said they didn’t have the confidence to invest in the country, according to Chen.

Carlyle Group Inc.’s new $8.5 billion Asia fund will have a lower-than-normal exposure to China with markets such as South Korea, Southeast Asia, Australia and India picking up the slack, people familiar with the matter told Bloomberg this month. U.K. investment firm Artemis Investment Management LLP has less than 4% of its global fund directly invested in China, mainly in state-controlled lender China Construction Bank Corp., according to the fund’s manager Simon Edelsten.

Of course, completely divesting from China is not an easy decision, considering it is home to a $21 trillion bond market and stocks valued at $16 trillion onshore and in Hong Kong. Its government bonds still offer diversification, according to Pictet Asset Management’s Luca Paolini.

And it’s not as though there are a lot of attractive alternatives. Sri Lanka’s debt default and ongoing political crisis has fueled concern about a wave of distress rippling through emerging markets, and the strong US dollar is adding to the pressure, forcing Chile’s central bank to intervene last week. Idiosyncratic risks — such as South Africa’s largest fuel producer declaring force majeure on the supply of petroleum products — are also still rife.

So, it’s perhaps less surprising that M&G Investments recently increased its exposure to Chinese stocks even if it required “the proper awareness, pricing and sizing of risk,” said Fabiana Fedeli, the firm’s chief investment officer for equities and multi-asset in London. And despite all the negativity, Rayliant Global Advisors saw the assets of its Quantamental China Equity ETF more than double to $111 million since May.

“We are seeing more contrarians looking to use our funds to rebalance into China,” said Jason Hsu, chief investment officer at Rayliant. “At this point, cutting out China is not really an investment decision. It is more of an emotional reaction and a career risk/optics decision.”

Such risks carry more weight at a time when making money in China has become difficult. The CSI 300 Index of stocks is down about 27% from a peak 17 months ago, lagging the S&P 500 by almost 26 percentage points. Policy divergence with the US has wiped out China’s yield advantage over Treasuries for the first time since 2010, driving the yuan lower. Investors in China’s high-yield dollar bonds are sitting on year-to-date losses of 34% — worse than even last year’s returns.

In the longer term, Ruffer’s team plans to implement its views on China’s economy via equities in Japan, the US and Europe instead. Similarly, Edelsten at Artemis says his fund opted for exposure through western consumer goods and Japanese automation companies with large Chinese order books. 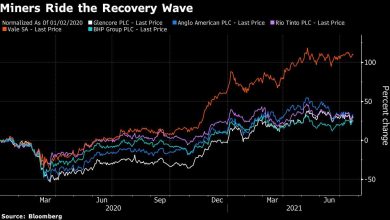 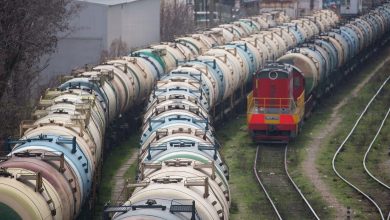 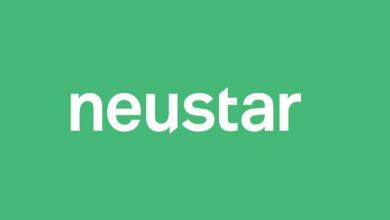 TransUnion to Buy Consumer-Data Aggregator Neustar for $3.1 Billion in Cash 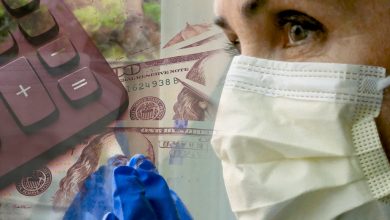 I’m a 57-year-old nurse with no retirement savings and I want to retire within seven years. What can I do?