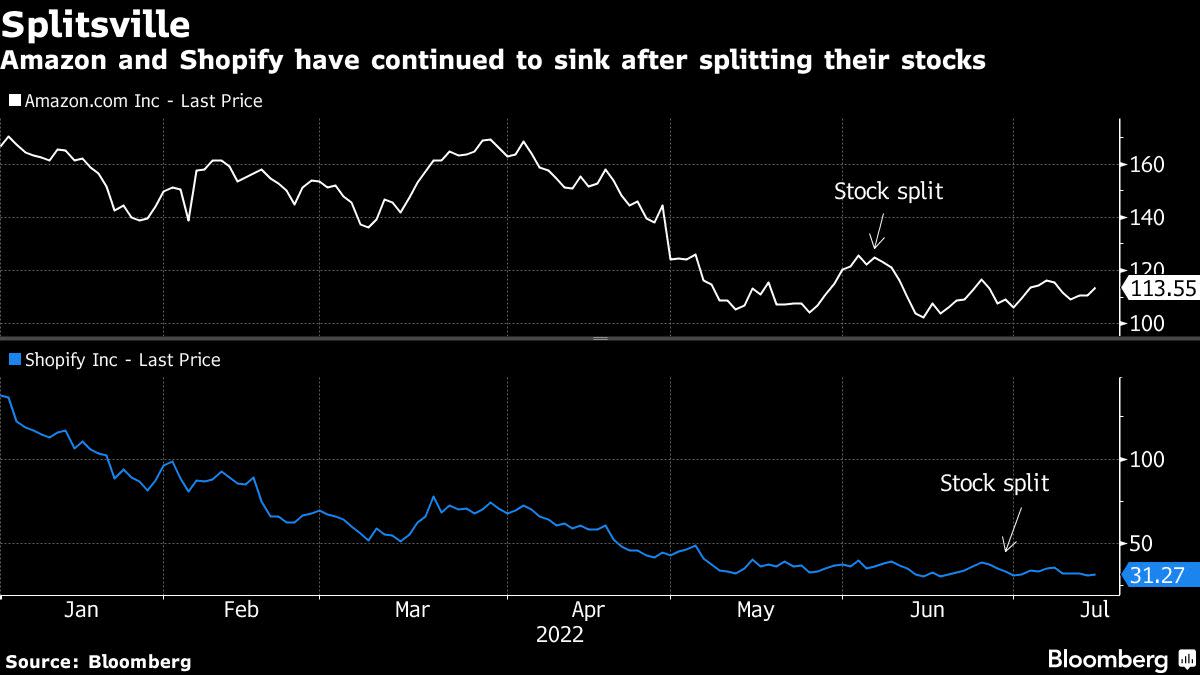 (Bloomberg) — The days when investors had to shell out thousands of dollars to buy a single share of some of the world’s biggest technology companies are gone.

Alphabet Inc. closes the door on that era Monday when its shares begin trading in the $100 range after completing a 20-for-1 split, following the blueprint laid out by Amazon.com Inc. The stock rose as much as 1.1% to $113 at Monday’s open.

Alphabet was the most-purchased stock on Fidelity’s platform early Monday, with its ticker seeing notable interest on Reddit’s WallStreetBets platform. The stock saw more than eight-times the number of buy orders than those to sell shares.

The companies billed the moves as a way to make their stocks more accessible for retail investors and that has been achieved. But so far the lower price tags have done little to lift stocks amid broader concerns about Federal Reserve interest rate hikes and cooling economic growth.

It’s still early, but Amazon has fallen 9% since completing its split last month. Even Shopify, the former high-flyer whose shares have dropped more than 70% this year, hasn’t been able to catch a bid. Its US shares are trading in the low $30s, down 5.4% since its 10-for-1 split took effect June 29.

The poor stock performance is a far cry from 2020, when Apple Inc. and Tesla Inc. shares went on to set record highs in the months after their splits. Investors in Google’s parent shouldn’t expect a return to that type of price action while macroeconomic risks swirl, said Kim Forrest, founder and chief investment officer at Bokeh Capital Partners.

“There are bigger concerns with what appears to be a recession starting,” Forrest said in an interview. “It certainly does look like there are layoffs coming and even the really rich companies aren’t going to be able to avoid it.”

Stock splits are purely cosmetic — they do nothing more than redistribute a company’s equity over a larger number of shares. Individual investors, though, take them as a bullish sign that a company is optimistic about the outlook for its business, and a split announcement often triggers at least a brief jump in a stock.

Now, though, with the second-quarter earnings season under way, investors are focused on whether the technology giants can live up to Wall Street profit expectations that many see as overly optimistic. Estimates for Alphabet’s earnings this year have fallen just 0.8% over the past month despite a warning from Snap Inc. about macroeconomic headwinds hurting its ad business as well as a reduced forecast from Microsoft Corp. as a result of the strong US dollar.

Of course, there are other benefits that stock splits can bring, such as opening the door for giants like Alphabet and Amazon to gain entry to the Dow Jones Industrial Average, whose weighting is based on stock price rather than market value. Meanwhile, Alphabet and Amazon both still hold outsized sway over the S&P 500 Index due to their trillion-dollar market caps.

Tech Chart of the Day

The Nasdaq Golden Dragon China Index has fallen 10% over the past three weeks, paring an almost 60% rally from its March low. China’s tech sector is once again dealing with the possibility of renewed regulatory crackdowns and a resurgence in Covid-19 lockdowns. The index slumped 8.5% last week, its biggest weekly drop since mid-April. 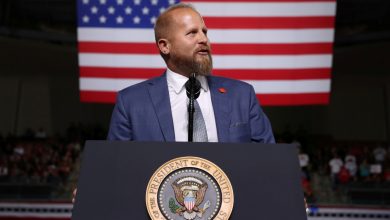 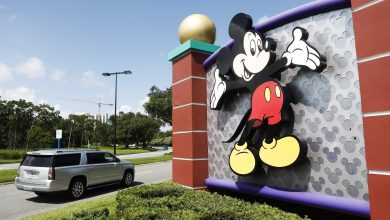 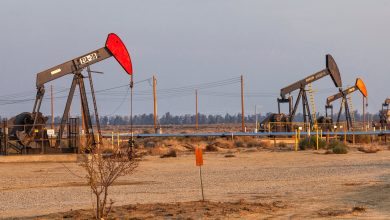 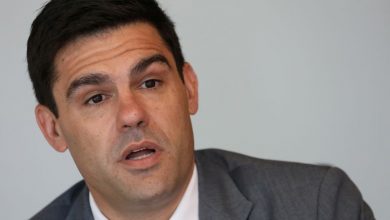