A decade ago, Facebook told the public markets that it was pouring money into smartphone apps because mobile usage was key to the company’s growth, even though it did “not currently directly generate any meaningful revenue” at the time.

That was in the prospectus for its Nasdaq debut, which took place ten years ago Wednesday and resulted in the largest IPO ever for a U.S. tech company. Facebook’s $100 billion-plus market cap instantly made it one of the most valuable tech companies on the planet.

But within three months the stock had lost roughly half its value as the market heeded Facebook’s warning. With consumers flocking to smartphones before there was a proven business model for ads on the small screens, investors worried that Facebook’s days of hyper growth were in the rearview mirror.

We know how that worked out.

Facebook is now more than 25 times bigger by revenue than it was in 2012. And by 2018, over 90% of ad sales came from mobile. At its market cap peak in 2021, Facebook was worth over $1 trillion, largely on the strength of its core mobile app as well as Instagram and WhatsApp, which it acquired.

The company now has a new name, Meta. And of the six top executives from the days of the IPO, only two remain: co-founder and CEO Mark Zuckerberg and Chief Operating Officer Sheryl Sandberg.

However, for investors the dilemma looks quite similar. The technology landscape is changing, and Zuckerberg is making yet another bet-the-farm wager on where it’s going. Facebook said in October it will spend about $10 billion over the next year developing technologies to build the metaverse, a world of virtual work and play that consumers will access through a headset.

Like in 2012, there’s no big existing business model and no certainty that Zuckerberg’s vision will play out as he predicts.

“My concerns with regards to the metaverse are that investments are more akin to drilling for oil wells — you might come up empty-handed, you might strike it rich,” said Brian Yacktman, chief investment officer of YCG Investments, which oversees more than $1 billion in assets. “I just question how large it will be and who will be the winners.”

The metaverse’s foggy future is just one reason the company’s stock has dropped 47% since reaching its high in September, by far the worst performance among the six most valuable U.S. tech companies over that stretch. User numbers declined for the first time ever in the fourth quarter and Apple’s privacy changes are hurting Facebook’s ability to provide targeted ads.

There’s also the reputational hit the company has taken since whistleblower and ex-employee Frances Haugen leaked internal documents showing that Facebook is aware of the harms its products cause, particularly to younger users, while avoiding taking actions to fix them.

Yacktman still owns Meta shares, but his firm hasn’t added to its position in quite a while. He says the sell-off reflects the market’s view that the metaverse is a cash sinkhole and little more than a Zuckerberg plaything. Meanwhile, Facebook remains the clear No. 2 in U.S. digital advertising, a market that Insider Intelligence expects will grow almost 50% by 2025 to $300 billion.

“They have a cash-gushing machine right now, and the market is ascribing zero value to the cash they’re burning for the metaverse,” Yacktman said. In other words, he said, the core ad business is solid and “you have a free option on the metaverse.”

The last decade has been a wild ride for Facebook.

The company’s IPO in 2012 was historic. Facebook raised $16 billion, the third-largest U.S. IPO ever, behind only Visa in 2008 and General Motors in 2010. Within the tech industry, the biggest up to that point had been Agere Systems, which spun out of Lucent Technologies in 2001 and raised about $4.1 billion.

By the time Facebook went public, it was already one of the dominant brands on the internet, with over 500 million daily active users worldwide and $1 billion in quarterly revenue. Its valuation had soared on the secondary market, as a host of private equity funds, mutual fund companies and hedge funds bid up the price by offering hefty payouts to employees and existing investors.

Morgan Stanley led Facebook’s IPO, in a coup over Wall Street rival Goldman Sachs, but the offering didn’t go as planned. The company raised the price range headed into the offering, even as internal concerns were circulating about Facebook’s outlook for the second quarter and full year. A group of shareholders sued Facebook and Morgan Stanley for withholding material information.

The Nasdaq also suffered what it called a “technical error” that delayed the opening of Facebook trading and kept some orders from being properly fulfilled. The stock finished its first day little changed and proceeded to plunge from there, beginning with a 19% drop over the next two days.

Facebook shares didn’t recover to their IPO level of $38 until August 2013, more than 14 months after their debut.

Kevin Landis, the chief investment officer of Firsthand Capital Management, watched the drama play out from his office in San Jose, California, about 20 miles from Facebook’s headquarters in Menlo Park.

Firsthand started buying Facebook shares in the private market in 2011, a purchase that he said “looked smart for about five minutes” until the stock cratered after the IPO. He held that investment until about 2014, when the stock had recovered and was trading in the 70s.

Landis said that, in another of his funds, he started buying after the drop, when the stock was in the 20s, and he rode that up until it hit about $200 around the time the pandemic started in 2020.

“The analysis was simple: Facebook was going to be a powerful ad platform,” Landis said, referring to his initial thesis. The only comparable model was Google, and Facebook “could be worth a substantial fraction of what Google was worth,” he added.

Still, Landis said he never got a Facebook page of his own because he loathed the loss of privacy that comes with handing over so much personal data.

“I broke one of my own rules — investing in something I thought was big, but without getting into it up to my elbows,” he said.

The engine was so strong that even seemingly catastrophic news didn’t bother Facebook’s financials. Following the 2016 election of Donald Trump as president, Zuckerberg repeatedly downplayed the role his site in played in allowing for the spread of disinformation and election interference by Russians. Then came the 2018 Cambridge Analytica scandal, as reports revealed that the analytics firm improperly accessed the data of 87 million Facebook users and used it to help Trump target ads for the 2016 election.

Finally, the Haugen saga late last year started with a series of reports in the Wall Street Journal and was followed by stories from many other publications, detailing Facebook’s focus on growth despite the negative consequences of its products.

Facebook’s behavior has led to numerous government investigations. Executives have routinely been called to testify before congress, and in September several U.S. lawmakers accused the company of following the Big Tobacco playbook, “pushing a product that they know is harmful to the health of young people,” in the words of Sen. Ed Markey, D-Mass.

The Haugen papers coincided with the end of the extended bull market rally for Facebook. But the tech sector broadly was also nearing its peak, and started retreating in November as concerns about inflation and rising interest rates punished high-growth stocks.

For Meta shareholders, the worst day on record came in February. The stock plummeted 26% following a weak revenue forecast and a $10 billion expected hit from privacy changes that Apple made to its mobile operating system to limit ad targeting.

Far from the speedy expansion days of a few years ago, Facebook now faces a potential revenue contraction in the second quarter, hurt by inflationary pressures and the war in Ukraine as well as the surging popularity of video app TikTok, which is snagging users and ad dollars.

“There’s nothing existential, they’re not going bankrupt and they’re not going to run out of money — it’s just not a very compelling story for the near future,” said David Golden, a partner at tech investment firm Revolution Ventures in San Francisco. Facebook’s “viselike grip on the market has been significantly loosened with alternatives in social media and alternatives in other channels,” he said.

Zuckerberg, who just turned 38 and maintains control over his company and its board, isn’t talking much about social media and mobile ads at all these days. He’s all about the metaverse and Meta’s Reality Labs division, which racked up a loss of almost $3 billion in the first quarter on revenue of $695 million, mostly from VR headsets.

“It’s not going to be until those products really hit the market and scale in a meaningful way and this market ends up being big that this will be a big revenue or profit contributor to the business,” Zuckerberg said on the company’s earnings call last month. “This is laying the groundwork for what I expect to be a very exciting 2030s when this is like — when this is sort of more established as the primary computing platform.”

Landis, who hasn’t owned the stock in two years, says he’s more frightened than excited about Zuckerberg’s vision and sees an absorption in virtual reality as “highly dystopian.”

Given how much Facebook knows about its users and what the public has learned in recent years about how the company handles data and privacy, Landis doesn’t trust Facebook to do the right thing.

“It’s impossible to look at that company and not have tremendously mixed emotions about it,” he said.

WATCH: Meta is ‘one of the best assets in consumer tech’ says Evercore ISI’s Mahaney 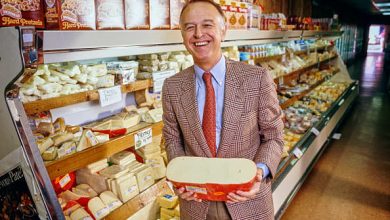 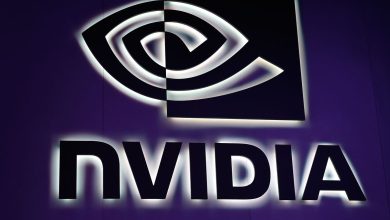 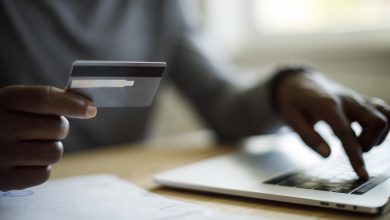 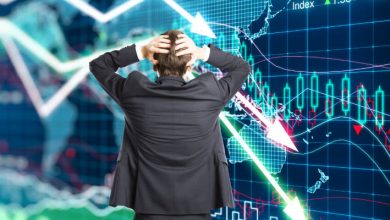 Worried About Your Money? Here’s How to Survive a Market Downturn