SINGAPORE — Shares in the Asia Pacific markets rose on Friday, with Hong Kong stocks leading gains as a volatile trading week comes to a close.

In other developments, China kept its one-year benchmark lending rate on hold at 3.7%, but cut its five-year loan prime rate (LPR) by 15 basis points. It was the second cut this year.

“This is a long-anticipated move against the backdrop of Covid disruptions, and the reduction is more than the market expected,” said Chaoping Zhu, a global market strategist and JPMorgan Asset Management.

Bank loans have declined sharply, signaling a lack of confidence among businesses and households, Zhu said in an email. Friday’s LPR cut, together with the reserve requirement ratio cut in April, may help to boost demand in the property and land market, Zhu added.

Julian Evans-Pritchard, senior China economist at Capital Economics, said the five-year LPR cut was the largest reduction on record and is aimed at supporting housing demand.

Mainland Chinese stocks climbed on Friday. The Shanghai Composite was 1.11% higher, while the Shenzhen Component gained 1.33%.

Jeremy Grantham says today’s bubble is worse than 2000, calls stocks to at least double their losses

The sell-off has entered ‘a new phase,’ Allianz’s El-Erian says. How investors can deal with it

Shares of Chinese electric vehicle maker Nio surged in its Singapore debut on Friday, the third exchange its shares are listed on. The stock popped at the open, rising by nearly 20% before paring most gains to trade higher by around 1.3%.

Japan’s Nikkei 225 rose 0.97%, and the Topix advanced 0.59%. Japan’s core consumer prices, which include energy costs but not fresh food, rose 2.1% in April compared to a year earlier, in line with economists’ estimates, Reuters reported.

In South Korea, the Kospi gained 1.68%, while the Kosdaq climbed 1.44%. MSCI’s broadest index of Asia-Pacific shares outside Japan rose 1.47%.

Shares of Grab soared in the U.S. overnight after the Southeast Asian ride-hailing and food delivery company reported 6% growth in revenue and predicted that business would improve as more countries ease Covid restrictions.

Taiwan Semiconductor Manufacturing Co shares also popped on Thursday in the U.S. following a report that it plans to open a plant in Singapore.

Overnight on Wall Street, major U.S. stock indexes fell, with the S&P 500 moving closer to a bear market. Investors fear that the Fed hikes could tip the U.S. into a recession.

The U.S. dollar index, which tracks the greenback against a basket of its peers, was last at 103.023, falling from above 103.5 earlier this week.

The Japanese yen strengthened and was last at 127.57 per dollar, while the Australian dollar was at $0.7008. 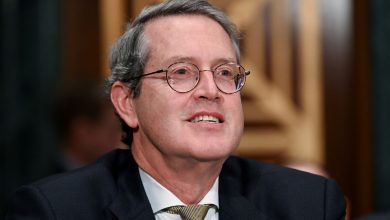 Randal Quarles to resign at year-end, paving way for Biden to further remake the Federal Reserve 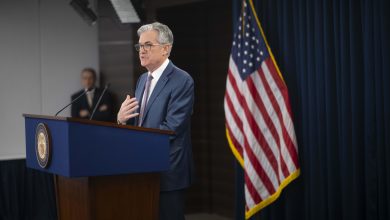 Treasury yields drop after Fed forecasts no rate hikes through 2022 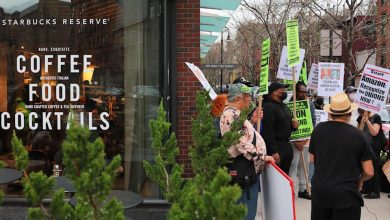 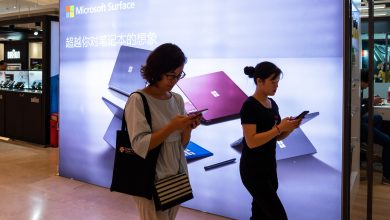