Michael Martinez wanted to be an airline pilot. But as he got older, Martinez, now 18, decided to follow in his father’s footsteps and become a professional welder instead.

In fact, the senior at Brazoswood High School in Clute, Texas, has already landed a job that will start immediately after graduation.

“My dad always wanted me to be in the white-collar class,” he said, but “he’s proud of me.”

In Texas, where Martinez lives, there are a growing number of industrial job openings but fewer people to fill them.

Part of the labor shortage is due to experienced workers aging out of the field, according to Chris Witte, a senior vice president and site leader for BASF, a chemical company in Freeport, Texas.

“We want to grow the talent pool and we want to give students opportunities,” Witte said. “The goal is to show them that these are very good, high-paying jobs.”

More from Personal Finance:
Post-pandemic, four years of college loses its appeal
This is how student loan debt became a $1.7 trillion crisis
Is college really worth it?

“This Career Signing Day came out of nowhere,” Martinez said. “I thought I might as well try it.”

More people are accustomed to the fanfare that surrounds signing days, when soon-to-be high school graduates pledge to attend a particular university.

For college-bound athletes headed to big-name schools, these occasions are particularly celebrated among friends, family and the community at large.

Now, school districts are throwing their support and praise behind high schoolers who make a similar commitment to a skilled trade.

Just as we would celebrate a football player or any other athlete, we want to celebrate just as proudly our skilled tradesmen and women and their decision to pursue a career.
Chelle Travis
executive director at SkillsUSA

“Just as we would celebrate a football player or any other athlete, we want to celebrate just as proudly our skilled tradesmen and women and their decision to pursue a career,” said Chelle Travis, executive director at SkillsUSA, a national nonprofit aimed at connecting students with technical careers.

“What they do is essential work.”

This spring, more than 1,000 students across 33 states took part in Career Signing Day.

This was Brazoria County’s fourth annual Career Signing Day and by far its most popular. More than twice as many students applied and were hired into full-time positions than last year.

“The response has been phenomenal,” said Aaron Ennis, a committee chair and resource development coordinator for the Brazosport Independent School District.

“We are on the cusp of being one of the largest signing days up and down the Gulf Coast,” he added. “That’s our goal.”

To be considered, students must submit written applications, including an essay, and interview with hiring managers.

“We need to know that these applicants are serious about their commitment because they can potentially last an entire career,” Ennis said.

“It is a rigorous process because these jobs represent a substantial investment by the contract and BCPC member companies,” he added, which now includes 25 employers, such as Chevron-Phillips Chemical, Dow, Huntsman and Vencorex.

“I was excited and scared because there were four girls that were [applying] and I wasn’t sure if all, or any, of us would get a job offer,” said Angleton High School senior Adrianna Webster.

Webster, 18, was one of the students offered a full-time position at KCG Industries as a welder, earning $16 an hour.

“Nobody in my family has gone to college,” she said. “I wasn’t sure what I wanted to do; I thought welding looked interesting and I was good at it.”

She starts in July, after competing in a national welding competition (Webster is a Texas state welding champion).

Increasingly, teenagers are rethinking the value of college.

Amid the heightened demand for workers, rising cost of tuition and growing student loan burden, more students are choosing career-connected pathways over four-year colleges, according to recent reports.

The likelihood of attending a four-year school sank 20% in the last two years — down to 51%, from 71%, according to ECMC Group, a Minneapolis-based nonprofit. ECMC Group polled more than 5,300 high school students five times since February 2020.

Meanwhile, more than one-third of high school students said they believed a career and technical education could lead them to success.

“Today’s students have experienced the pandemic’s impact, and they want to forge their own path — a path that is shorter in duration, more affordable and connects directly to a career — especially a career in a field that needs workers,” said Jeremy Wheaton, ECMC Group’s president and CEO.

A separate study by YouthTruth, which polled more than 22,000 students in the class of 2022, found that more than one-quarter, or 28%, of high school seniors said their plans have changed since the start of the pandemic with fewer students interested in going to college at all. 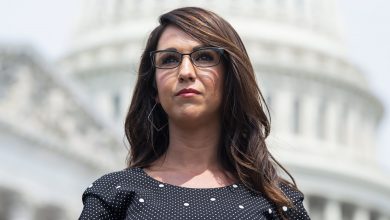 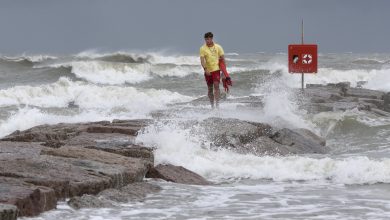 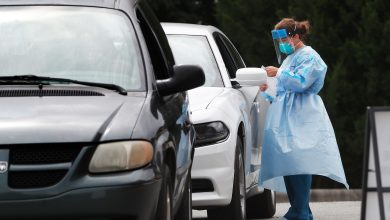 Trump’s ex-FDA chief: ‘Win or lose’ the election, administration must do more to fight Covid