A man walks past a Wells Fargo Bank branch on a rainy morning in Washington.

Included in the results was an 18-cent per share net gain on sales of Wells’ Corporate Trust Service business and Wells Fargo Asset Management, a 17-cent per share gain related to the change in the allowance of credit losses and a 5-cent per share loss related to the impairment of certain leased rail cars. It’s more of a mixed earnings per share outlook when adjusting for these figures, but make no mistake: the core operating results were strong here with much better-than-anticipated revenues, managed expenses and a upbeat forward outlook.

Digging into the results

Looking to several bank-wide metrics, the bank’s net interest margin (“NIM”) was reported at 2.11%, up 0.08 percentage points from the third quarter and better than estimates of flat quarter over quarter NIM. As a reminder, NIM is essentially the spread between what banks pay on deposits and what they earn on loans. Wells Fargo is one of the most interest rate sensitive banks we follow, meaning a steeper yield curve and higher rates will lead to stronger levels of profitability in the future.

On the expense front, noninterest expense was $13.198 billion, down from $13.303 billion in the third quarter, but slightly higher than estimates of $13.018 billion. The sequential decline in expenses reflects a 2% decrease in personnel expenses (lower salaries, employee benefits and incentive compensation expense) and a 2% increase in non-personnel expenses (things like restructuring charges and advertising and promotion expenses.)

As much as we like Wells Fargo for its interest rate sensitivity, another layer to this story is restructuring and chopping expenses over the next few years. That’s why Wells Fargo’s “efficiency” ratio — is a measure of operating expenses as a percentage of revenues — is so closely watched. In the fourth quarter, Wells Fargo’s efficiency ratio fell significantly to 63% from 70.6% one quarter ago and was much better than estimates of 70%. Wells Fargo still has plenty of restructuring work ahead of them, but the fourth-quarter result was an excellent sign of progress.

On capital returns, the bank continued to repurchase stock hand over fist. Wells Fargo repurchased $7.0 billion worth of stock in the fourth quarter, but there was a $1.4 billion increase in shares associated with annual company contributions to their 401(k) plan. On a net basis, Wells Fargo’s buyback was $5.6 billion, higher than the $5.3 billion buyback in the third quarter. As a reminder, Wells Fargo is working through a four-quarter $18 billion repurchase program that was announced at last year’s CCAR, but that number could go higher because the bank has plenty of capacity to increase its capital distributions.

By division, Consumer Banking and Lending total revenues were $8.733 billion, representing an increase of 1% YoY but a decline of 1% QoQ. Consumer and Small Business Banking (CSBB) revenue was $4.872 billion, up 4% YoY due to higher deposit related fees reflecting lower Covid-19 fee waivers and an increase in consumer activity.

In Corporate and Investment Banking, total revenue was $3.512 billion, up 4% QoQ and 11% YoY. Within Corporate and Investment Banking, total banking revenue increased 17% YoY to $1.356 billion thanks to higher advisory and debt origination fees, and higher loan balances, partially offset by lower deposit balances, which were related to the company’s actions taken to manage under the asset cap.

Meanwhile, Commercial Real Estate revenue increased 8% YoY to $1.095 billion thanks to higher capital markets results on stronger commercial real estate financing activity, high loan balances, and net gains on equity securities, though lower deposit balances (due to the asset cap) were a partial offset. And Total Markets revenue was roughly flat YoY at $1.012 billion but was down 14% from the third quarter due to lower trading activity in spread products and equity derivatives.

Turning to management’s 2022 outlook, Wells Fargo believes net interest income could potentially increase roughly 8% compared to the full year 2021 level of $35.8 billion. The factors that make up this view are the expectation that the asset cap remains in place for the full year, a net 3% increase related to lower PP and EPBO loan balances that are more than offset by other loan growth and other balance sheet/mix, and a 5% increase from the assumption that the recent forward rate curve (three 25 basis point rate hikes beginning in May—but we know the first rate hike could come as soon as March so there is some potential for upside here) materializes. An 8% increase from 2021’s NII of $35.8 billion equates to roughly $38.664 billion, higher than 2022 estimates of $37.019 billion. This is good news.

On expenses, management sees expenses falling from $53.8 billion in 2021 (or $52.3 billion when excluding certain items) to roughly $51.5 billion in 2022. This $51.5 billion view is roughly in-line with the current FactSet consensus expectation. Management expects to deliver a net expense reduction of $1.6 billion, which includes $3.3 billion of identified efficiency initiatives partially offset by $1.2 billion of incremental investments (it is important that they continue to invest in the future) and $0.5 billion in other items. Remember, progress on efficiency initiatives is a multiyear story, and management now believes potential gross savings will be “in excess of $10 billion” representing an improvement from their previously disclosed view of $8 billion.

Regarding the asset cap, management reiterated its view that they continue to make progress, but “speed bumps” are to be expected from time to time. Although the timing of the asset cap lift remains uncertain, we believe it will happen at some point due to the great work CEO Charlie Scharf and his completely new management team are accomplishing. We see the lifting of the asset cap as a major catalyst event for Wells as it should lead to more deposit growth, stronger ROTCE performance, and a stock re-rating.

It’s great to see WFC trade higher to another new 52-week high on a day where the two other big banks that reported (JPMorgan Chase and Citigroup) are moving lower. Expectations for Wells Fargo were likely high into the print because the stock gained more than 50% last year and started 2022 off strong thanks to several research analysts recommending WFC over the past couple of weeks with price target bumps and rating upgrades, but the good operating results and great guide have helped WFC overcome the expectation hurdle today and stand out amongst its peers.

With multiple interest rates hikes laying ahead, cost savings driving expenses lower, and a balance sheet with plenty of capacity for additional capital returns, we continue to view Wells Fargo as the number one big bank stock to own this year.

The CNBC Investing Club is now the official home to my Charitable Trust. It’s the place where you can see every move we make for the portfolio and get my market insight before anyone else. The Charitable Trust and my writings are no longer affiliated with Action Alerts Plus in any way. 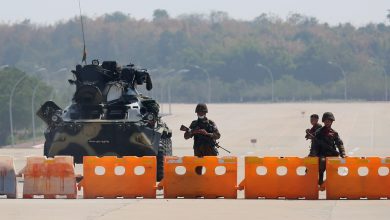 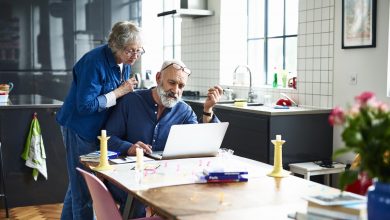 Social Security cost-of-living adjustment could be 6.2% in 2022 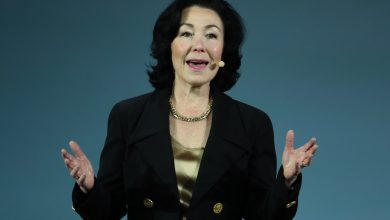 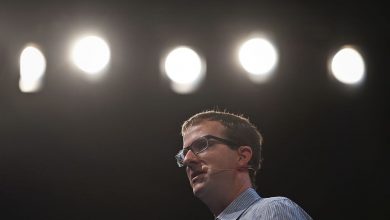