A BMP-2 amphibious infantry fighting vehicle during field firing practice ahead of the 78th birthday of the guards tank army of the Western Military District at the Golovenki range outside Moscow.

WASHINGTON – Intelligence agencies monitoring Russian cyber operations against Ukraine believe Russia’s pattern of activity could signal a ground invasion of Ukraine within the next 30 days, the White House said Friday.

The new time line is the latest sign of how imminent the Biden administration believes a Russian attack against Ukraine could be, and how urgent its effort to negotiate a peaceful settlement has become.

The U.S. has pledged to respond to any military incursion with unprecedented economic sanctions on members of Russian President Vladimir Putin’s inner circle. But that could trigger retaliatory moves by Moscow against the West – up to and including cuts in the energy that flows from Russia to the rest of the world. Russia is the largest supplier of oil, natural gas and coal to Europe, experts say.

“The Russian military plans to begin these activities several weeks before a military invasion, which could begin between mid-January and mid-February,” Psaki said.

The revelation came just hours after Russian cyber operatives had disabled Ukraine’s main government agency websites, replacing the agency homepages with a message to all Ukrainians that read, in part: “Be afraid and expect the worst. This is for your past, present and future.”

The threat facing Ukraine is far more serious than a mere cyberattack. More than 200,000 Russian troops are currently positioned along the country’s border with Ukraine. Based on the troop movements, U.S. military analysts see the potential for numerous different invasion routes.

U.S. intelligence agencies also believe Russia has already “prepositioned a group of operatives to conduct a false flag operation in eastern Ukraine,” Psaki said. “The operatives are trained in urban warfare and in using explosives to carry out acts of sabotage against Russia’s own proxy forces.”

These Russian operatives are part of a broader effort by Moscow that is “laying the groundwork to have the option of fabricating a pretext for invasion” of Ukraine, Psaki said at her daily briefing.

As part of this false narrative, Psaki said Russian proxies on social media are already accusing Ukraine of readying an imminent attack against Russian forces in eastern Ukraine.

That way, if the prepositioned Russian operatives were to carry out a stealth attack on Russian-backed forces in Ukraine, Moscow could point to its prior accusation and blame the Ukrainians for the attack.

With a population of 44 million and a democratically elected government, post-Cold War Ukraine is a close ally of the United States and a perennial target for Moscow.

The latest revelations from Psaki came on the heels of multiple high-stakes discussions between U.S. and European officials and their Russian counterparts.

For months, the Ukrainian government has warned the U.S. and European allies that Russian troops were massing along its eastern border. The buildup has evoked Russia’s 2014 annexation of Crimea, a peninsula on the Black Sea, which sparked an international uproar and triggered a series of sanctions against Moscow.

The seizure of Crimea also saw Russia’s removal from the “Group of 8,” or G-8, referring to the eight major global economies.

In recent weeks, the Biden administration has issued repeated warnings that the U.S. is prepared to inflict greater economic countermeasures if Moscow further invades Ukraine.

“We are very ready and aligned with our partners and allies to impose those severe costs,” Deputy Secretary of State Wendy Sherman said Monday.

Sherman, who kicked off talks with her Russian counterpart on Monday in Geneva, told reporters on a conference call that the sanctions look to target key Russian financial institutions and export controls on crucial industries.

Victoria Nuland, U.S. under secretary of State for political affairs, said Tuesday that the Biden administration was coordinating measures with NATO allies, the European Council as well as G-7 members.

Since 2002, Ukraine has sought entry into NATO, where the group’s Article 5 clause states that an attack on one member country is considered an attack on all of them.

Russian officials said in a press briefing this week that it is “absolutely mandatory to make sure that Ukraine never, never, ever becomes a member of NATO.”

The Russian president has previously insisted that despite the deployment of thousands of troops along Ukraine’s border, Moscow is not preparing for an invasion of its ex-Soviet neighbor. Putin has also defended the right to deploy troops on Russia’s borders and has accused NATO of escalating tensions by building up militaries in states adjacent to Russia.

Russia has described NATO’s eastward expansion as a “red line” that poses security threats to Moscow.

Last month, President Joe Biden spoke with Putin twice amid the significant military buildup on the Ukrainian border. During the first call on Dec. 7, Biden declined to accept Putin’s “red lines” on Ukraine.

During the leaders’ most recent call, on Dec. 30, Biden reiterated concerns and renewed threats that his administration would “respond decisively” alongside allies and partners if Russia invades Ukraine. 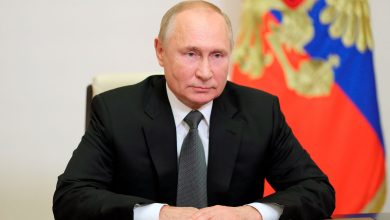 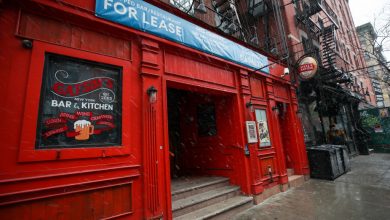 If you received unemployment benefits this year, you could owe thousands to the IRS 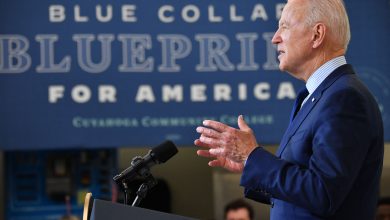 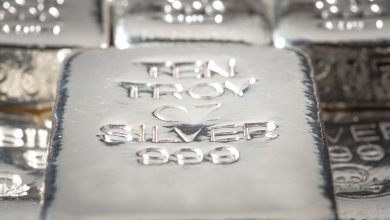