And on Friday, even as more speakers and attendees pull out of the conference, that remains the trade group’s plan.

The National Retail Federation will kick off its annual gathering in New York City this weekend. It’s one of a slew of annual conferences and trade shows that kick off a new year each January. But with omicron pushing Covid cases to new heights, conference planning has become complex and prompted industries to make tough calls.

The J.P. Morgan Healthcare Conference — which draws medical professionals, major pharmaceutical companies and health-care start-ups — decided to hold its annual event virtually this week. CES 2022, a trade show organized by the Consumer Technology Association, went ahead with its event the prior week, albeit with smaller crowds. And the movie industry announced it will press ahead with plans to throw the Berlin International Film Festival in person in February, while the Sundance Film Festival, planned for later this month, has gone virtual.

The decisions, in some cases, are symbolic and reflect the businesses’ challenges as companies try to nudge consumers toward more normalcy. Grocers and drugstores have kept their doors open and stores staffed during previous waves of the pandemic. Movie theaters are trying to woo back audiences, as some people have become skittish about sitting next to strangers.

“As we move beyond the pandemic to endemic, this year’s convention is a step forward in this new environment,” NRF said in a statement on Friday. “Undoubtedly it will be a bit messy, but it is a step forward.”

There will be fewer opportunities for people to take off their masks, drink and socialize like conferences in the past. The NRF recently decided to postpone two of its major events — an awards gala and more intimate dinner hosted by the NRF’s Foundation — until mid-April. The foundation sent personal notes to CEOs and awards recipients on Jan. 6, announcing the change. It also indefinitely postponed a student program that coincides with the Big Show and typically attracts about 800 college-aged attendees for education and networking.

NRF has announced stepped-up safety measures. Along with requiring masks and proof of vaccination, it plans to hand out N95 masks and at-home Covid test kits.

Similarly, the Berlin film festival said its event would have tighter restrictions and no parties.

The U.S. has reported nearly 800,000 cases per day on average over the past week, according to data compiled by Johns Hopkins University, more than three times the level seen during last winter’s previous record. While cases of omicron may be milder than previous strains of the virus, hospitalizations are also rising, particularly over the past two weeks.

With this backdrop, the expected attendance at NRF’s Big Show has dwindled. NRF’s Shay said in a post on LinkedIn on Monday that the show will go on. He said that the conference was expected to draw as many as 20,000 attendees and 750 exhibitors. About 40,000 people attended the Big Show in 2019.

Two days later, though, an NRF spokesperson said there were 15,000 confirmed attendees.

Nearly every passing day has brought changes to the conference’s schedule. Jessica Alba’s Honest Company confirmed last Friday that the company’s founder and CEO had dropped out of the lineup. Saks Chief Executive Marc Metrick backed out earlier this week. Both were featured speakers for the main stage at the event.

Target said on Friday that CEO Brian Cornell still plans to attend the event. He is scheduled to deliver a keynote and receive the trade group’s “Visionary” award. However, the company said it cut travel for other employees who planned to go and was looking into ways to participate virtually.

A session with Tapestry, the parent company of Coach and Kate Spade, is no longer listed on the three-day agenda. Meantime, CEOs from Old Navy, Stitch Fix, Lowe’s and Nordstrom have opted to not travel to the conference and instead will hold their sessions virtually.

So far, the NRF has not offered a virtual option for attendees or for any speakers who are not set to be on the main stage at the Javits Center.

We feel this is now an appropriate time to get back together in some fashion. This is a time to start normalizing.

In a tweet on Jan. 6, co-founder of Future Commerce Phillip Jackson said “NRF’s The Big Show is gonna be more like The No Show.”

Since omicron is highly contagious, there is a fear is that an event that draws thousands of attendees could become a super spreader event. Nearly 70 attendees, including some Samsung executives, have tested positive for coronavirus after CES was held last week in Las Vegas, according to a Reuters report. It is not clear if those attendees contracted Covid while at the tech show or from offsite events, such as dinner at a restaurant.

The site of the NRF’s Big Show, the Javits Center, is already believed to be the source of the first known instance of omicron spreading within the U.S., after clusters of cases were detected among the roughly 53,000 people gathered there for an anime conference in November.

The NRF is pressing ahead with the conference as many retail workers who get minimum wage — or close to it — show up to work each day at stores and warehouses. Many of the industry’s top executives and corporate employees, on the other hand, have been able to work from the comfort and safety of home.

“The fact is that it’s really, really important for us to all keep in mind that our frontline retail workers have been working this whole time and we’ve been asking them to come to work and deal with customers,” said Stephanie Martz, the chief administrative officer and general counsel of NRF, in an interview on Jan. 5.

She said vaccines, masks and other safety precautions have changed the game, both for the conference and for business operations in general.

“Individual companies make the decisions they’re going to make on their own and we certainly don’t fault them for it if we have people pull out, but we think as the trade association representing retailers that we should take advantage of the fact that we are in a place to say that we think the economy can and should be open for business,” she said.

“We feel this is now an appropriate time to get back together in some fashion,” Martz added. “This is a time to start normalizing.”

NRF’s Shay echoed the importance of keeping businesses in operation, despite the pandemic.

“We are encouraged by Mayor Eric Adams’ stated desire to keep New York City open,” Shay said in his LinkedIn post. “The overwhelming sentiment from our members, exhibitors, retailers, partners and attendees is that we should go forward with the show. … This year’s show is a step forward, and we believe it’s a necessary and meaningful one.”

John Kerry issues warning over climate, calls on China to step up on emissions cuts 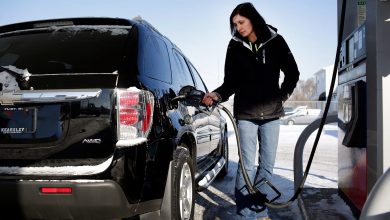 Why Americans are wasting money on premium gasoline

As vacations resume, here’s why you might want to hire a travel advisor 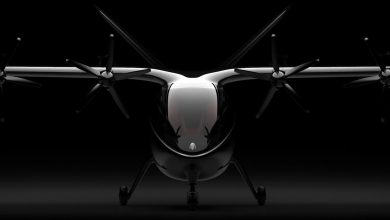