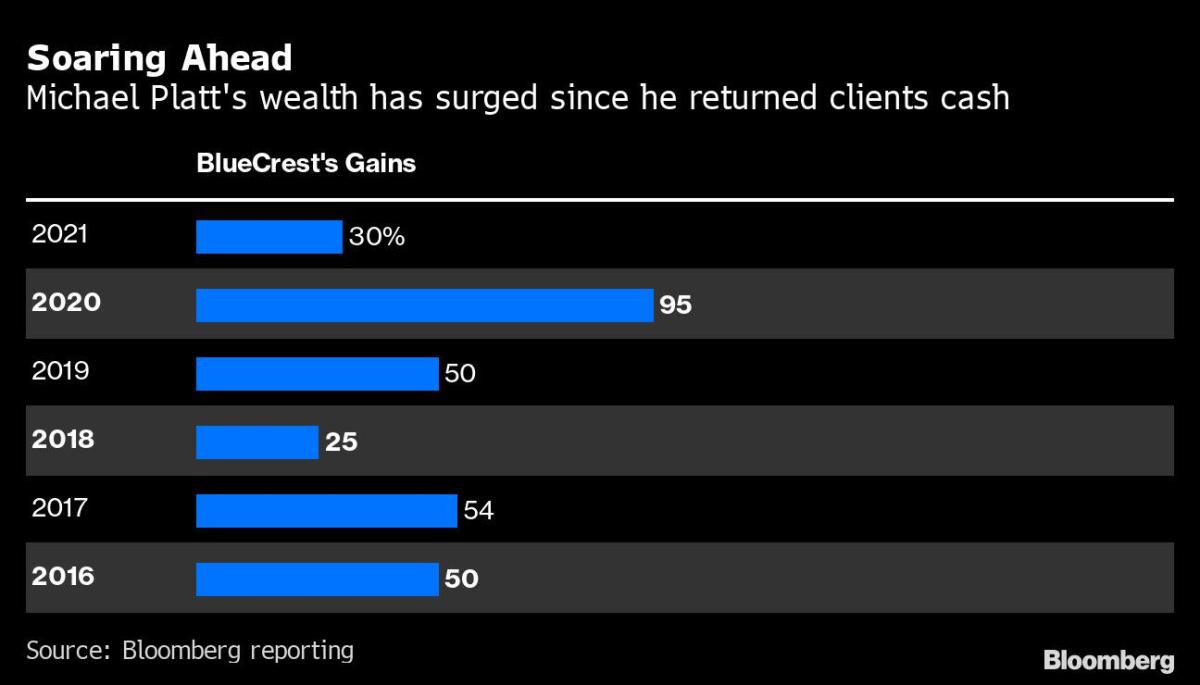 (Bloomberg) — Michael Platt’s wealth swelled even further last year as the billionaire continues to outperform most hedge funds with the freedom to take on riskier bets after returning clients money.

Gains at his private investing firm BlueCrest Capital Management were about 30% in 2021, according to a person with knowledge of the matter, who asked not to be identified because the information is private. While that was not as high as previous annual gains, it was three times the average return of a basket of hedge funds tracked by Bloomberg.

BlueCrest has benefited from its decision to return clients cash in 2015 to instead focus on managing the wealth of Platt and that of his partners. A cocktail of heavy leverage and aggressive trading has led to some of the most stunning gains for any investment firm globally in the recent years.

Platt’s wealth, which was estimated by the Bloomberg Billionaire Index at $1.25 billion in early 2016, has since soared. The latest results mean his fortune is set to rise to about $12.8 billion, putting him close to overtaking aristocratic land owner Hugh Grosvenor as the U.K.’s third-richest person, according to the Bloomberg Billionaires Index.

Last year’s returns at BlueCrest follows a 95% gain in the previous year and is among the strongest for multi-strategy investment firms that use dozens of traders to invest across asset classes. BlueCrest’s returns are net of all expenses. It’s not clear how much money the firm manages now.

Platt decided in 2015 to return about $7 billion in clients’ money to focus on trading for himself and for his partners. Not much is known about the firm’s trading strategy since then, beyond his use of highly leveraged bets to juice returns.

The billionaire started his investment firm in 2000 with fellow trader William Reeves after spending almost a decade at JPMorgan Chase & Co., where he started out trading interest-rate swaps on the derivatives desk and rose to become a managing director of proprietary trading. He built BlueCrest into one of Europe’s largest hedge funds, overseeing more than $37 billion at its peak.

The firm produced more than $22 billion in trading profits for investors in the 15 years it handled client money, a feat that makes him one of the most successful hedge funds in the world based on profits generated since launch. The top 20 such firms ranked by LCH Investments generated between $18.8 billion and $52.2 billion in gains for clients. 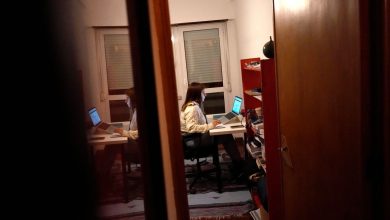 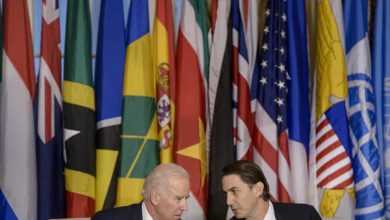 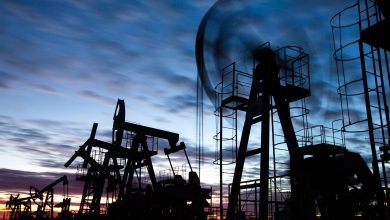 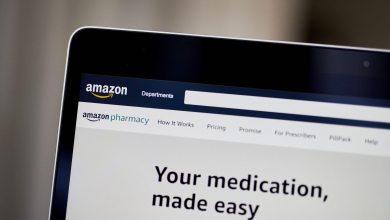