US Democratic Representative Pramila Jayapal speaks to the press on Capitol Hill in Washington, DC, October 28, 2021, after a meeting of the Congressional Progressive Caucus.

A key House panel was set Wednesday to review the latest version of President Joe Biden’s social safety net and climate plan as Democratic leaders try to contend with small groups of holdouts.

Speaker Nancy Pelosi can only afford to lose three members of her caucus if she hopes to pass the spending bill on a party-line vote.

After months of refusing to pass an infrastructure bill without first finalizing the companion social spending bill, House progressives pressured their leadership on Wednesday to hold votes on both bills this week.

If the House Rules Committee advances the social and climate bill soon, the chamber could have a chance to meet their timeline. Rules Committee consideration is one of the last steps before a bill goes to the full House for a vote, raising hopes Wednesday that the measure could be voted on within a matter of days.

By pushing for votes this week, progressives attempted to shift the narrative away from one where the party’s left wing is the obstacle to passing Biden’s signature legislation.

“We’re going to pass both of these bills this week,” she told MSNBC on Wednesday. “I don’t say things without having some reason for believing them,” she added, “So yeah, we’re going to get them done.”

But as progressives urged swift passage of their party’s economic plans, some Democratic centrists called for a pause on voting for the crown jewel of Biden’s agenda: a $1.75 trillion social and climate spending package. The clashing stances marked a role reversal for these two flanks of the Democratic Party.

Though they have come close to finalizing their economic agenda, Democrats still have to push past several obstacles to enact the sprawling social safety net expansion and the refresh of transportation and utility systems that they promised voters.

The House Rules Committee planned to meet Wednesday afternoon to consider the latest draft of the safety net and climate bill, but it was unclear if the committee would be finished with its assessment by the end of the day.

There were also fresh questions Wednesday about whether the bill House Democrats eventually pass will be one that bears a stamp of approval of the two Senate swing votes, centrist Democrats Joe Manchin of West Virginia and Kyrsten Sinema of Arizona.

Until now, House Democrats have tailored their bill to meet the demands of both Manchin and Sinema, on the assumption that approving a bill in the House that could not pass the Senate would be an exercise in futility and a dangerous political gamble.

But on Wednesday, Pelosi acknowledged that there will be provisions in the House version of the bill that do not have Manchin and Sinema’s approval.

Pelosi said Democrats would add four weeks of paid leave back to the bill. Opposition from Manchin originally forced Democrats to scrap the key legislative priority from the framework.

Manchin responded to Pelosi on Wednesday, saying the inclusion of paid leave is “very much of a challenge” for him. The senator was the driving force behind the party cutting its legislative price tag in half and removing a key clean-energy program.

In a letter to House Democrats on Wednesday, Pelosi appeared to acknowledge the House and Senate will have to hash out more differences before Biden can sign a bill.

“Because I have been informed by a Senator of opposition to a few of the priorities contained in our bill and because we must have legislation agreed to by the House and the Senate in the final version of the Build Back Better Act that we will send to the President’s desk, we must strive to find common ground in the legislation,” she wrote.

Electoral politics have complicated the process for Democrats. A Republican triumph in the Virginia governor’s race and a closer-than-expected gubernatorial election in blue New Jersey have sparked discussions about what Democrats need to change as they try to defend their majorities in the 2022 midterms.

Some lawmakers see Tuesday’s results as a message to Democrats that they need to quickly show they can govern and improve Americans’ lives through the benefits contained in their legislation, including universal pre-K, expanded health-care programs and an enhanced child tax credit.

In a statement following Tuesday’s elections, Rep. Don Beyer, D-Va., urged his party to pass both planks of its economic agenda.

“We must legislate and keep our promises,” he said. “We also must work harder to communicate effectively about the ways this legislation and the Administration’s policies will help address voters’ economic concerns.”

But other Democrats in Congress viewed the elections as a sign that the party needs to proceed with caution in passing its massive legislation — or approve only the infrastructure bill as soon as possible.

Five centrist Democratic representatives — enough to sink the bill — have told Pelosi they want to see an economic analysis of the bills, either by the Congressional Budget Office or the Joint Committee on Taxation, before any vote.

“It is better to get this done right than to needlessly rush its consideration only for our constituents to discover the negative impacts of our unintended consequences,” Democratic Reps. Ed Case of Hawaii, Jared Golden of Maine, Josh Gottheimer of New Jersey, Stephanie Murphy of Florida and Kurt Schrader of Oregon wrote to Pelosi on Tuesday.

Democrats have to iron out other policy issues before they can pass a bill. Gottheimer and at least two other representatives from high-tax states have signaled they could vote against the bill unless it lifts the $10,000 cap on state and local tax deductions enacted by the GOP in 2017.

Progressives have criticized the proposal because it would disproportionately benefit wealthy people. Senate Budget Committee Chair Bernie Sanders, I-Vt., has floated a compromise under which households that make less than $400,000 could take the full deduction, but those who make more than that could not.

Another potential sticking point is immigration language. A small group of House Democrats have insisted that the social spending bill contain at least some provisions to aid the millions of undocumented immigrants currently living and working in the United States, many of whom have been here for decades.

But moderates fear that their constituents could oppose any sweeping measure to move undocumented immigrants towards legal status. They also point to the fact that the Senate Parliamentarian, a nonpartisan referee of Senate bills, has already twice rejected Democrats’ efforts to put immigration language into the social spending bill, which needs to be structured as a budget bill due to Senate rules.

Both the House and Senate still need to pass the social spending plan for it to go to President Joe Biden for his signature.

The Senate has already passed the infrastructure bill with a bipartisan majority, however, so passage in the House would send it directly to Biden’s desk.

If the Senate passes a version of the reconciliation bill that is significantly different form the House version, it would then need to go back to the House for final vote.

This timeline makes in appear likely that the legislative sausage-making could continue well into November and possibly even December. 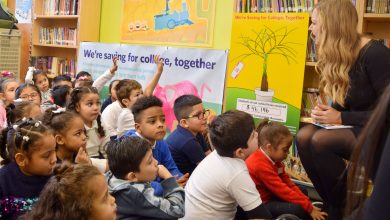 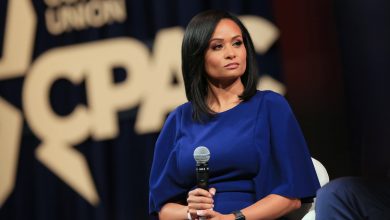 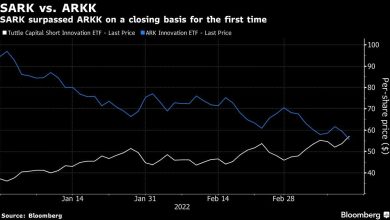 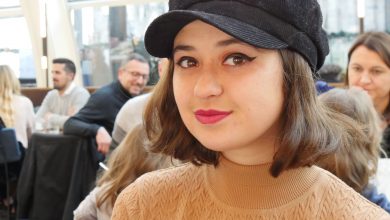