Shares of Virgin Galactic dove Monday toward a five-month low, after UBS analyst Myles Walton recommended investors sell, after another “long pushout” of revenue-generating test flights was announced just weeks before of a large chuck of shares becomes available for sale.

Walton downgraded the space-tourism company to sell, after being at neutral since July 5. He slashed his stock price target by 42%, to $15 from $26. The new target implied a further 24% downside from current levels.

The downgrade comes one session after the stock tumbled 16.8%, following the company’s announcement that commercial space flights would not begin until late 2022 after an issue with some materials was found. Walton noted that announcement was made just about a month after the company had delayed a powered flight to late October from late September because of a supplier part issue.

Don’t miss: Virgin Galactic announces another delay, and the stock is plunging.

Walton said that although the company is taking the right step to keep safety first, the “starts and stops” of flights, coupled with longer turn times of current generation spaceships shows the difficulty in providing investors with predictable and reliable operations.

“The event path for the stock is now disjointed for the better part of the next year, and with 24% of shares outstanding (32% of the float) exiting their lockup period at the end of the month we expect further pressure ahead for the stock,” Walton wrote in a note to clients.

Walton has now swung from bullish to bearish on the stock in five months, over a time that the stock had nearly tripled then lost all of those gains, and then some.

He had downgraded the stock to neutral from buy on July 6, while raising his price target to $45 from $36, citing valuation after the stock had more than doubled in a little over a month. That followed Walton’s upgrade of the stock to buy from neutral on May 20, but trimmed his price target to $36 from $40, saying that valuation was now attractive as investor fears over test-flight delays and competitive pressures were overblown.

The fact that most of the remaining insider stakes were locked up through October was another reason to be bullish. (A lockup refers to an agreement by insiders not to sell the shares they own for a previously agreed upon time.)

Interestingly, the stock closed on the day Walton turned bullish at $19.81, or just 0.2% above current levels.

In Monday’s note, he said with the start of commercial operations pushed out to the fourth quarter of 2022, it moves the cumulative delay to 2 1/2 years from the mid-2020 target the company had when it went public two years ago.

“With a cumulative delay longer than the time the company has been public, it’ll be a challenge to get too optimistic on flight cadence, and we’ve further lowered our outyear trajectory,” Walton wrote. 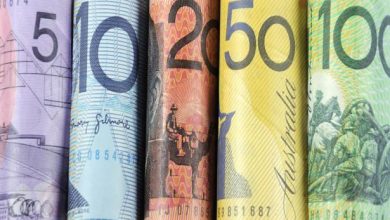 Callinex Enhances Targets Along Trend of Silver Discoveries at the Nash Creek Project in the Bathurst Mining District, New Brunswick