Taxes are likely to go up. But which ones?

More than a dozen significant tax hikes have been proposed by Democratic lawmakers in recent weeks as they devise ways to pay for President Joe Biden’s budget bill that seeks to fund existing and new measures to elevate child care, education, healthcare, and clean energy.

“I’m astounded how things have changed 180 degrees. In less than a couple of weeks, things that were a shoo-in—raising corporate taxes and individual tax rates—were taken off the table. Now, again, maybe there’s a little room for change after all,” says Joan Crain, a senior director and global wealth strategist at BNY Mellon Wealth Management.

After certain tax hikes for corporations and wealthy individuals that were proposed by the House Ways and Means Committee in mid-September were met with resistance by Democratic centrist Sens. Kyrsten Sinema of Arizona and Joe Manchin of West Virginia, another round of brainstorming has produced yet more proposals that might appeal to Senate holdouts.

With the Senate split 50-50 between parties, unanimous support among Democratic senators will be required to pass the budget bill if all Republican lawmakers stick to their vows to vote against the bill. A tie would require a vote by Vice President Kamala Harris, who is expected to vote with her party.

The budget bill’s original $3.5 trillion price tag has been pared back to around $1.75 trillion, which lawmakers aim to pay for with tax revenue raised either through tax increases or stepped-up enforcement by the Internal Revenue Service.

Here is a look at tax increases that have been proposed and where they stand now:

On Tuesday, Senate Democrats proposed a 15% minimum tax rate on the income of corporations that make $1 billion or more annually for three consecutive years. The proposal, an alternative to raising the corporate tax rate from 21% to 26.5%, has the support of Sinema, who has opposed any increase.

Lawmakers have also proposed taxing unrealized gains of the wealthiest taxpayers. Details are still being hammered out, but it is likely to be designed to affect either taxpayers with a net worth of at least $1 billion or with an annual income of $100 million or more, says Garrett Watson, a senior policy analyst at the Tax Foundation.

The tax could raise between $200 billion and $500 billion over 10 years, depending on its details, and has gained momentum in recent days, Watson says.

But numerous details must be ironed out. For example, it isn’t clear how unrealized losses would be treated and whether the tax would apply only to appreciation in publicly traded assets such as stocks and bonds, or to all appreciable assets.

While the proposal could die on the vine due in part to technical aspects—it would take immense resources for the IRS to be able to establish, administer, and enforce the tax—Watson says a swell of support gives the proposal a fighting chance.

The House of Representatives proposed to raise the top individual income-tax rate from 37% to 39.6% for singles with annual incomes of more than $400,000 and couples earning more than $450,000.

While Sinema has objected to rate increases for individuals, this increase could still get passed, Watson says. The 37% was introduced in 2018 by the Tax Cuts and Jobs Act, and is scheduled to sunset and return to 39.6% in 2026. The change could be accepted as an acceleration of the sunset, rather than a change to the tax code, he says. The door hasn’t slammed shut on this one.

A bump in the long-term capital-gains tax rate from 20% to 25% proposed by the House is unlikely to make it into the legislative books, given sharp criticism by Sinema, particularly if the tax on unrealized gains for the uberwealthy is adopted, tax specialists say. “It’s being swapped out for the new idea to tax billionaires,” Watson says.

If the tax on unrealized gains does get through Congress, some sort of capital-gains tax on the wealthy is likely—but it could be an entirely new idea that nobody has floated yet.

A proposal to reduce the estate-tax exemption from $11.7 million per person to around $6 million is a likely candidate to pass through Congress, says Tara Thompson Popernik, director of research for the Wealth Strategies Group at Bernstein Private Wealth Management.

The Tax Cuts and Jobs Act just about doubled the exemption in 2018, but scheduled it to return to its 2017 level with an inflation adjustment in 2026.

“Since there’s been opposition in part around tax rate increases, the conversation has shifted to the estate-tax side and taxing people’s wealth,” Popernik says. “This proposal wasn’t been a surprise to anyone because the reduction is about to occur in a few years anyway.”

Changes to a key wealth-transfer tool

Many lawmakers are interested in severely limiting the benefits of a grantor trust, which is one of the most popular wealth-transfer tools. A proposed change could make assets held within a grantor trust return to the estate, or make transactions between individuals and their grantor trust a taxable event.

Bottom line: “This would mess up a lot of estate planning,” says Jere Doyle, senior wealth strategist at BNY Mellon Wealth Management. But this would be an easy one for lawmakers to plop into a bill to raise revenue, he says. “This legislation has already been drafted. They could just pull it off the shelf to plug revenue holes.”

Lawmakers are still pushing to change the $10,000 limit on deductions for state and local taxes that was imposed in 2018 under the Tax Cuts and Jobs Act. The problem for lawmakers is that this comes at a cost—it is a revenue loser because it allows taxpayers to claim more deductions.

But lawmakers in high-tax states such as New York and California have been adamant that they will only support a bill that undoes some or all of the SALT limits. “One option recently floated is uncapping SALT for two years only, in order to limit the cost,” Watson says. “Some version of SALT relief is likely.”

Limit on the value of the pass-through deduction

The proposed House bill imposed Obama’s 3.8% investment-income tax on salaries of pass-through owners, along with new limits on the value of the current 20% deduction on pass-through income.

“This is up in the air—it’s not clear if it will fall afoul of Sen. Sinema’s red line on tax-rate hikes,” Watson says. “The 3.8% net investment tax on active pass-through income is supported by Sen. Manchin, so that may have more legs than the other pass-through changes.”

A surtax on top earners

The House proposed a new 3% surtax on income above $5 million, but it met resistance from Sinema. It isn’t dead in the water, however. The fate of the surtax—whether it can be pushed through—depends largely on what happens with the proposal to tax unrealized capital gains for the superwealthy.

As lawmakers increasingly recognize challenges to pushing through the tax on unrealized gains, they have returned to the idea of the surtax. The current idea: “A 3% surtax on income above $10 million, higher than the $5 million threshold used in the House proposal,” Watson says. 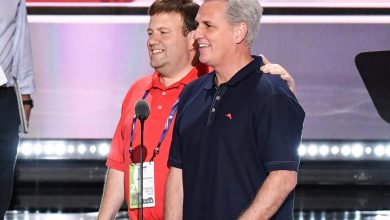 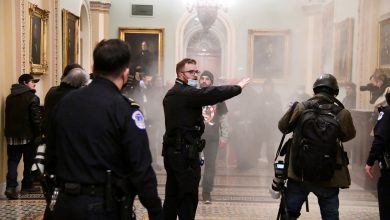 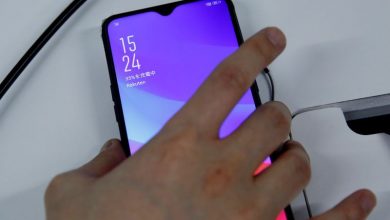 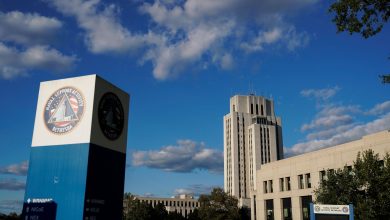