U.S. President Joe Biden responds to questions in the Oval Office at the White House in Washington, September 24, 2021.

WASHINGTON — President Joe Biden huddled with members of the two warring factions of Democratic lawmakers Tuesday in a bid to salvage his sprawling economic agenda.

Biden’s first meeting Tuesday morning was with Sen. Joe Manchin, a moderate West Virginia Democrat and a key vote who can sink or save Biden’s domestic policy plan in the 50-50 split Senate

Biden also met in the morning with Arizona Sen. Kyrsten Sinema, who arrived at the White House shortly before 11 a.m. ET.

Like Manchin, Sinema is a moderate Democrat who has far refused to embrace the social safety net bill that makes up one half of Biden’s two-part domestic policy plan.

Later in the day, the president, Vice President Kamala Harris and Treasury Secretary Janet Yellen met with House progressives first, and later will meet with House and Senate centrists.

A later meeting at 4:30 p.m. ET will be attended by Sens. Catherine Cortez-Masto of Nevada, Jon Tester of Montana and Virginia’s Mark Warner. They will be joined by California Reps. Ami Bera and Mike Thompson, Washington Rep. Suzan DelBene, Josh Gottheimer of New Jersey and Tom O’Halleran of Arizona.

The discussions come as Democrats struggle to bridge deep divisions within their caucus over a massive bill to invest in the social safety net and climate policy, both core pieces of Biden’s domestic agenda.

Biden’s decision to meet with members of Congress in person all day Tuesday reflected the urgency with which he viewed this week, said White House Press Secretary Jen Psaki.

“Our goal is to continue to make progress,” Psaki told reporters at the White House around midday. “And based on the morning meetings and our expectation of the afternoon meetings, we expect they will do exactly that.”

The outcome of this week’s talks could determine not only whether that proposal gets through Congress, but also whether its companion legislation, a $1 trillion bipartisan infrastructure bill already passed by the Senate, garners a majority in the House.

Senate Majority Leader Chuck Schumer, D-N.Y., and House Speaker Nancy Pelosi, D-Calif., have said they want to pass both plans before the end of October. But with just 7 congressional working days left in the month, that deadline appears all but impossible to meet.

As of Tuesday, Democrats had not agreed on an overall price tag for their social spending plan, let alone written the specific legislation.

But Biden’s plans have encountered stiff opposition from Sinema and Manchin, although for different reasons.

Manchin says he will not vote for more than $1.5 trillion in spending, a stance that puts him at odds with House progressives, who wanted to spend more than $3.5 trillion on the plan.

He has also signaled his opposition to a clean electricity standard that is at the heart of Biden’s green energy plan, and he has called for means testing several of the family benefit programs.

Sinema, meanwhile, has also objected to the top-line price tag of the bill. Yet Sinema’s specific concerns differ somewhat from Manchin’s.

Sinema has criticized some of the corporate tax hikes that Democrats say are crucial to paying for programs like family leave and universal preschool without ballooning the national debt.

She also opposes a key provision that would permit Medicare to negotiate drug prices with pharmaceutical companies, a change that could sharply lower the cost of prescription drugs and save the government billions of dollars annually.

As Democrats struggle to bring down the overall cost of the domestic spending bill, they must hash out which programs must be cut entirely, which can be trimmed, and which should remain unaltered in final legislation.

The outcome of these negotiations will determine whether millions of Americans see a boost in federal benefits in the coming years.

They will also shape the long-term scope of the federal response to climate change, which has contributed to a wave of devastating fires and storms in the U.S. this year.

Manchin met separately on Monday with Jayapal, who chairs the Congressional Progressive Caucus, and with Senate Budget Committee Chair Sen. Bernie Sanders, I-Vt, the unofficial leader of a progressive bloc of Democratic senators.

There were few signs these talks were actually productive, however.

“Look, we talked and we’re going to continue to talk, and I look forward to it,” Sanders told reporters after his meeting with Manchin.

West Virginia is one of the nation’s top producers of coal and natural gas, which helps to explain Manchin’s opposition to programs designed to cut back on fossil fuel dependence.

But he is also heavily invested in the coal industry himself. Manchin’s largest single source of income in 2020 was a coal consulting business he founded, which is now run by his son. 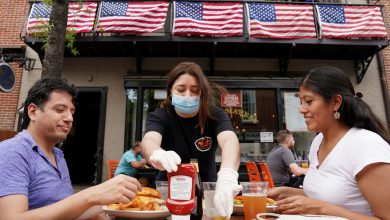 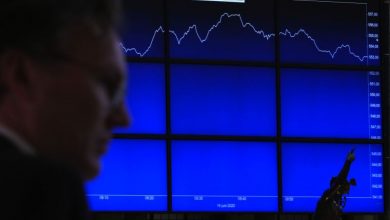 Bulls to Gain Ground in Market Primed for Virus-Defying Rally 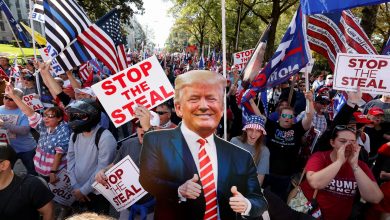 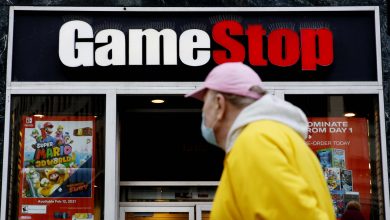