The Atlanta Braves last won the World Series in 1995, marking the start of a new era in Major League Baseball.

As the team returns to the MLB’s biggest stage for the first time this millennium, the league faces another potential wave of change.

The Braves will play the Houston Astros in the 2021 World Series, which starts Tuesday. The last time the Braves hoisted the World Series trophy, it marked the first MLB championship following a strike that wiped out the 1994 title series.

The MLB looks different now, in no small part because the team Atlanta beat in 1995, the Cleveland Indians, will go by a new nickname next year. Cleveland will change its name to the Guardians after sustained pressure to drop a name critics viewed as racist. Atlanta has kept its name amid similar calls.

Atlanta’s return to the World Series coincides with potential labor issues that threaten to derail the league. As the MLB’s championship caps a rocky year for baseball, here’s where the league stands.

World Series is a ‘rich irony’

The 2021 season started with a record number of no-hitters, as some pitchers gained an advantage by applying substances to baseballs. The league began to crack down on pitchers in June. The MLB still finished with nine no-hitters in the 2021 season, breaking the record of eight set 137 years ago.

In a year where the league was rocked by the crackdown, the MLB had bright spots, including breakout superstar Shohei Ohtani.

Much of the intrigue in the World Series comes from the Braves and Astros themselves. The MLB’s marquee event will feature two of the teams at the center of the turmoil the league has endured for the past two years.

The Astros’ cheating scheme in the 2017 playoffs and 2018 season led to fines and firings. The dismissals included manager A.J. Hinch, who led the team to a 2017 championship. As fans were finally allowed back in stadiums this season with the coronavirus pandemic easing, some booed the Astros during their road games.

Carlos Correa #1 of the Houston Astros participates in a workout prior to the start of the World Series against the Atlanta Braves at Minute Maid Park on October 25, 2021 in Houston, Texas.

Atlanta was involved in a dispute that stretches beyond the baseball world. After Georgia officials passed a restrictive voting law, the MLB moved the 2021 All-Star Game to Denver from Atlanta.

Former MLB executive Marty Conway called the 2021 World Series a “rich irony” because of the teams’ presence. He noted that MLB commissioner Rob Manfred “has to present the World Series trophy in either Houston or Atlanta,” where he could face a negative reaction.

“It’s a little bit of a WWE effect,” said Conway, now a professor at Georgetown University’s McDonough School of Business. “You got to have some drama and characters, and I think that lends to some of the opportunities they are going to have with tune-ins.”

MLB will see if the storylines can help World Series viewership return to its pre-pandemic normal.

Last year, the Los Angeles Dodgers won their first World Series since 1988. But consumption habits and an overflow in sports telecasts caused the six-game series to average 9.7 million viewers. That included 9.1 million for Game 1 — the least-watched World Series game ever.

Manfred is a ‘labor optimist’

By the time the World Series ends, the league will have to start worrying about labor issues.

MLB’s collective bargaining agreement with players expires Dec. 1. Another strike looms if the two sides don’t agree to a new deal or extend the current pact.

The last strike in 1994 was the longest in MLB history and caused the first World Series cancellation since 1904.

Among the issues at stake is extra playoff games, which will spark talks about dividing new income. Manipulation of service time — which helps to determine how much players can make — is a concern, especially after a former Seattle Mariners executive admitted to cheating the system. The addition of a universal designated hitter is also up for debate.

Conway said MLB is approaching a “difficult winter” as labor talks intensify. As the league sorts out a new labor agreement, corporate sponsors could freeze league and team revenue.

Manfred called himself a “labor optimist” earlier this month at a Sports Business Journal conference.

Manfred should shine in this part of the MLB business. Under former MLB boss Bud Selig, Manfred was responsible for labor relations and prevented lockouts for the last 26 years, including the current five-year CBA.

The commissioner has declined to get into specifics about recent talks with MLBPA executive director Tony Clark, but predicted a deal could happen by Dec. 1.

When asked if he agreed that a deal could come by that projected date, Conway said no. He explained the union would have more leverage in talks around spring training. At that point, MLB games are threatened and owners could lose money.

But even if MLB suffers a lockout, it’s not expected to emulate the one from 1994.

“The numbers, in terms of what players are making now and what franchise valuations are — I don’t think that’s something they want to play roulette with,” Conway said.

World Series viewership aside, MLB’s media rights are secure over the next decade. Deals include the more than $3 billion package with WarnerMedia. The MLB will also get roughly $728 million annually from Fox Sports, which holds World Series rights.

Fox also benefited this year from the Field of Dreams telecast, which drew 5.9 million viewers. MLB will play that movie-themed game again in 2022.

MLB has a weekday package that ESPN dropped from its renewal, but it has an even bigger problem on the regional sports front.

Sinclair has local rights for 14 MLB teams on its Bally Sports channels and pays sports leagues more than $1 billion in rights fees. But it has no streaming strategy in place to combat cord-cutting.

Earlier this month, Manfred delivered another blow to Sinclair’s streaming ambitions when he said the company did not have enough rights to come up with digital offerings for MLB consumers. Manfred then added the additional streaming rights would not be cheap.

MLB said more than 10 billion minutes were consumed on the service this season. Marketing company Playfly Sports said that 85% of MLB viewership comes from RSNs.

In addition, MLB rights are the foundation for the sports networks because it offers the most ad inventory throughout the league’s 162-game campaign. That revenue helps RSNs stay afloat.

Playfly CEO Michael Schreiber called MLB’s local viewership “stable.” He added sports affinity “is the one thing that will sustain itself. The question is: How do you rebuild the media marketplace on top of that?”

“That will impact the local franchises the most,” Georgetown’s Conway added in reference to local media rights revenue. “Those contracts are the most important in each of the baseball markets. The fact there is uncertainty around the future of those payments, I think it should be a number one concern.” 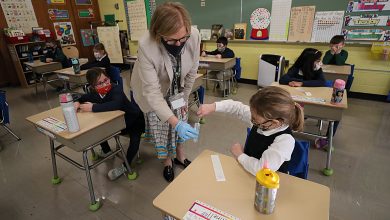 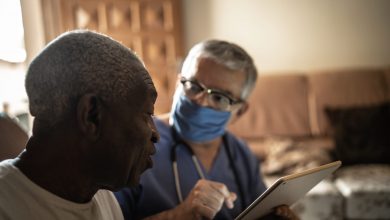 5.4 million Americans have lost their health insurance. What to do if you’re one of them 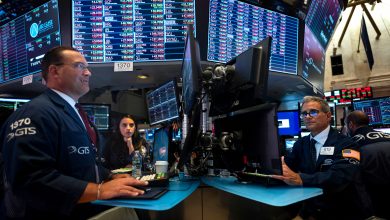 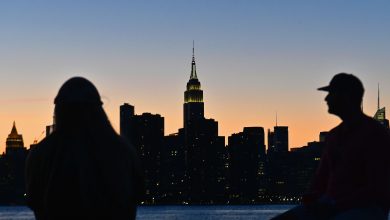