It was the S&P’s worst day since May and the Dow’s worst since July.

Market analysts largely saw the selling as a chance to buy despite the risks in play. Here’s what four of them told CNBC on Monday:

“We’ve had some success in some sectors and we’ve struggled with others, particularly in the China tech space. What we look at is the fundamentals of these businesses, and if you look at a business like BABA, the core e-commerce business still has a lot of growth and there’s other growth drivers like cloud which are pretty early on. And then when you compare them to the valuations of what their peers in the developed world trade at, they’re trading at huge discounts, so the market is doing a good job of discounting the risk appropriately and again, focusing on the businesses. We still think there’s a lot of opportunity in some of the tech mega caps. So, where possible, we are looking for more opportunities in that space.”

Tom Lee, managing partner and head of research at Fundstrat Global Advisors, also saw the recent selling as a chance to buy:

“I think that markets are sort of seeing this gigantic wall of worry … and I know people are talking about Evergrande and the spillover being like Lehman, but when I look at what yields are doing, they’re being quite tame and the VIX isn’t really as jumpy as it could be. I’m in the camp that this is going to prove to be a really good buying opportunity. Now, I heard Michael Santoli and I agree with him. I don’t think that means stocks find their bottom today or even tomorrow. But is the recovery that [we’re] only one year into over or has the pent-up demand been exhausted because of some property woes in Asia? I would say no. So I would look at sell-offs like this or just sort of broad-based selling as a time to add incrementally wholly knowing that it may not be bottoming today.”

David Lebovitz, global market strategist at J.P. Morgan Asset Management, expected the volatility to last for several weeks and eventually give way to a strong 2022:

“I think the first thing to recognize is that when it comes to potential for a pullback, effectively, we are due. The largest peak-to-trough pullback that we’ve seen in the S&P 500 so far year to date is a mere 4% versus a long-run average of more than 14%. And so when I think about volatility, volatility to me, rising volatility, just represents a wider distribution of potential outcomes. And I think that that’s what you’re seeing investors grapple with in the current environment. Not only are they worried about the potential for both infrastructure packages to be passed, not only are they worried about the debt ceiling, they’re concerned about the Fed and what the dot plot this week might signal about the future trajectory of rates. And then you have Evergrande, which is very much the icing on the cake. And so, I think it’s difficult to pinpoint any one thing in particular, but I do believe that we’re in for some chop here over the course of the next couple of weeks. That said, despite some of the cuts we’ve seen to earnings guidance as of late, the picture for 2022 still looks very strong and we remain constructive on risk assets over the course of the medium term.”

Rick Rieder, BlackRock’s chief investment officer of global fixed income, said that while investors shouldn’t ignore looming risks in the Chinese market, they could still add to their positions:

“I think you’ve got to respect the news. … If you said to me, ‘What are the risks in the world today?’ China’s big. The growth is slowing in the economy, the nature of the financial system and what happened and you’ve got to respect this news. Listen, at the end of the day, one of the things that’s happening in the markets is clearing prices is really hard. The conviction level in markets is low today and so you get a piece of news like this, you have to factor it in. And that being said, will we buy some stuff today? I think you can add a little bit of paper on this market pressure.” 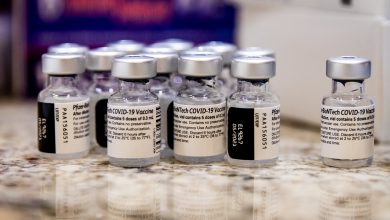 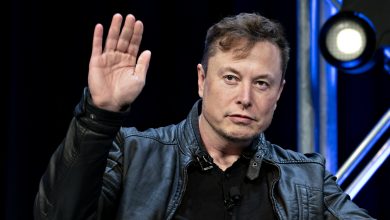 Tesla purchases $1.5 billion in bitcoin — here’s what could happen next 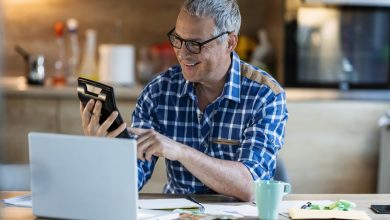 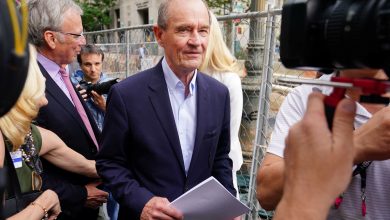 There’s ‘not a legal’ or political path for Trump to remain in office, says Gore recount lawyer