Ed Yardeni has been resolutely bullish since 2009, and his virtually unbroken forecast has been rewarded by enormous gains in stocks. In fact, the market’s surge since its March 23, 2020, bottom has “stampeded” over even Yardeni’s optimistic predictions: “I’m going to get hoof marks on my back,” the longtime strategist says. We spoke with the president of Yardeni Research recently about his new forecast for the S&P 500 index, the productivity boom that is driving what he calls “the Roaring 2020s,” and why he isn’t concerned (much) about inflation or the virus. Read on for an edited version of our conversation.

Barron’s: The market is up 10% since May 1, despite rising inflation and breakthrough cases of Covid-19. What happened to “Sell in May and go away”?

Ed Yardeni: It’s been a remarkable recovery. Earnings have rebounded dramatically. We could have a 70% increase in earnings during the second quarter. Companies responded so quickly to the pandemic by cutting costs on inventories, and profit margins recovered dramatically along with sales. Inventories are extremely lean. There’s lots of backlog orders, meaning lots of potential for the economy to continue to grow and generate more earnings for companies.

When the market hit its low, the forward P/E [price/earnings] multiple of the S&P 500 dropped to 12.7. P/Es usually go a lot lower during recessions. But the Fed came in so quickly with ‘QE [quantitative easing] forever’ that the forward P/E surged to 22 by May 2020. The market anticipated that [QE] would revive the economy quickly. Since last spring the forward P/E has held its own around 22, which is extremely high historically, but now is warranted given Fed policy. What’s really driven the market is that earnings have been absolutely on fire.

We’re probably seeing peak earnings growth in the second quarter. In the second half we’ll probably see 20% to 30% growth, and then slow down. This still means earnings will be rising to record-high levels, and that will drive the stock market higher.

Because there’s a tremendous amount of liquidity in the system. All the liquidity provided since the start of the pandemic hasn’t been spent. The money supply is roughly $5 trillion higher today than it was right before the pandemic. It’s equivalent to almost a year’s worth of nominal GDP. That’s unprecedented. A lot of liquid assets are just sitting there earning nothing and are available to keep bond yields relatively low and boost growth, earnings, and stock prices.

I’m in the Roaring 2020s camp. We’re in the early phase of a dramatic productivity boom where productivity growth, currently around 2%, could double to 4% by the middle of the decade and stay there awhile. We’ve been in a technology revolution since the early ’90s. That has created tremendous productivity.

But the labor market is still tight.

We’ve run out of labor. Labor force growth, boosted in the ’70s and ’80s by the influx of the baby boomers, is behind us. Labor force growth is now less than 1%. Before the pandemic, unemployment dropped to 3.5%. Coming out of the pandemic, everybody was shocked that the labor market was so tight. You can make a list of pandemic-related reasons, but the underlying demographic profile is that we just don’t have workers.

Overnight, workers have become extremely valuable. You want to hug them. And you want to keep them, because it’s hard to get new ones. That means you’re going to have to pay them more. That’s only going to make sense if you can increase their productivity. If you do, that’s a win-win situation, because it allows wages to rise faster than prices, which is what happens when productivity is rising. Rising productivity is one of the reasons that profit margins soared to an all-time high in the first quarter and continued in the second quarter.

So if increased productivity causes wages to rise faster than prices, inflation won’t be an issue?

Inflation will be transitory. It won’t cause the kind of wage/price spiral that we had in the ’70s. A lot of things that went wrong in the ’70s were attributed to inflation, but the biggest problem was that productivity collapsed. This story is the exact opposite. I’m relatively optimistic that this Roaring 2020s scenario can lead to a continuation of the bull market into record-high territories.

What additional economic risks are posed by Covid?

There are a lot of concerns about the Delta variant. The big difference between now and when the pandemic first broke out is we actually have vaccines. The Delta variant is leading more people to get vaccinated. The mRNA technology that’s saved the day so far will continue to do so. We may just have to learn to live with this virus. We’ve done a pretty good job so far.

A lot of people got cabin fever from the lockdown: The service economy is making a huge comeback because people just want to get out. The recent employment report was a blockbuster number, led by the services economy coming back from the dead.

Your latest book is titled In Praise of Profits. What’s it about?

I started writing it over the past year, in response to a lot of misinformed analysis of corporate profits. One of the points I make is that the S&P 500 accounts for only about half of national corporate profits. Another significant portion is attributable to S corporations, which aren’t publicly traded and don’t pay corporate taxes. Their profits are distributed to shareholders, who then pay personal income taxes on the dividends and income. There are other so-called pass-through businesses; I started doing more homework on sole proprietorships and partnerships. Add them all up, and you get 36 million business entities basically owned by one or a few shareholders, and that also employ these folks. Like Yardeni Research.

There’s a tremendous amount of entrepreneurship in our country that is not appreciated, particularly by the progressives. My book is a capitalist manifesto written for progressives that acknowledges their work to redistribute income, but says they’ve got to have a better understanding of the extent to which entrepreneurial capitalism driven by small-business owners has created a tremendous amount of prosperity.

The greatest periods of prosperity are the ones with the most income and wealth inequality. I think that beats the alternative of a lot less prosperity and more equality, or extreme examples like Cuba and Venezuela where just about everybody’s equally poor. I distinguish between entrepreneurial and crony capitalism. Profits generated by entrepreneurs are what create jobs and increase prosperity.

What are you advising investors?

Own companies that are either providing technology or using technology heavily—to run their businesses, to offset labor shortages, to increase the productivity of their workforce. Look at the profit margins of railroads: They have increased dramatically, partly because of consolidation, but also because of logistics programs that are dramatically increasing efficiency. Trucks are still viewed as low-tech, but they’re run by logistics programs on the cloud somewhere.

Usually, I focus on a few sectors, but everything has been picked over. Nothing is particularly cheap. You really have to focus on where you think you’re going to get earnings growth, or unit sales or productivity. Clearly you want to continue to have technology stocks, and putting labels on [companies] is getting harder, because Alphabet [ticker: GOOGL] and Facebook [FB] are communications services, Amazon.com [AMZN] is consumer discretionary. Financials are spending a tremendous amount on fintech, and I think the yield curve is going to be beneficial to the financials.

A weekly guide to our best stories on technology, disruption, and the people and stocks in the middle of it all.

For industrials, the Cold War with China will continue to heat up. Supply chains are going to have to be moved out of China and closer to home. Industrial companies are particularly good at doing that. And with technology, they can be cost-effective and efficient in moving them. I’d hold on to industrials in the portfolio.

There’s a wealth of opportunities, but it’s not overweighting this or overweighting that, it’s more of a stockpicker’s market. Another possibility: companies with a lot of employees that will recognize there are labor shortages and that they need to increase productivity. The auto industry fits that bill. Every Thursday our contributing editor, Jackie Doherty, writes a very good piece on disruptive technologies.

Don’t ask me about Bitcoin. I need earnings, dividends, rent, some income to discount. Governments are waking up to the [risks] cryptocurrencies pose to their monopoly control of the money supply. I don’t see much in the way of opportunities in the bond market, with yields [on 10-year Treasuries] at 1.2%.

For now, I’d overweight U.S. stocks. The valuation on small- and mid-cap stocks is historically low relative to the larger caps, and that story doesn’t make sense if there’s no recession. Many are great companies that probably won’t have an opportunity to grow before they’re taken over.

Corrections & Amplifications
An earlier version of this story said there were five million businesses owned by one or a few shareholders; the correct number is 36 million. 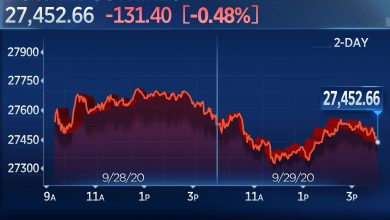 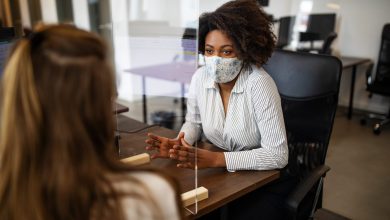 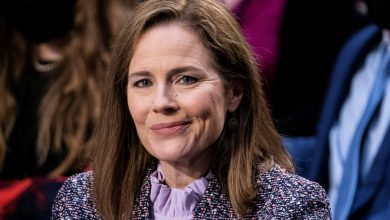