LeBron James #23 of the Los Angeles Lakers drives to the basket against the Golden State Warriors during the 2021 NBA Play-In Tournament on May 19, 2021 at STAPLES Center in Los Angeles, California.

Consider it another trade for the Los Angeles Lakers – but in the business department. The iconic National Basketball Association franchise agreed to terms with Canadian-based BioSteel for its drink sponsorship, leaving long-time partner Gatorade, the parties informed CNBC.

Financial details surrounding the agreement were not made available, but BioSteel pays a fee for integrating its brand with team intellectual property in deals like this. Industry experts estimate beverage deals with top market NBA teams can reach up to $5 million per season.

BioSteel will have brand exposure on the Lakers bench, throughout its locker room, and on signs in the arena. In an interview with CNBC on Monday, BioSteel co-founder and former pro hockey player Michael Cammalleri said the company was drawn to the high “visibility” of the Lakers. The team features top NBA stars including LeBron James and now Russell Westbrook, who was traded to the Lakers on Aug. 6. BioSteel wants to expand its presence in the U.S. market; hence, this deal will help.

“Having a partnership with the Lakers gives us that exposure and awareness so that we can now activate on some of the distribution and sales initiatives that will coincide with it,” said Cammalleri, who played 15 seasons in the National Hockey League.

Cannabis firm Canopy Growth purchased a majority stake in BioSteel for approximately $40 million in 2019, according to estimations from PitchBook. Canopy Growth is traded on the Nasdaq and has a market cap of $6.1 billion.

Meanwhile, this deal will help the Lakers recover from pandemic losses. The Lakers will bring in approximately $400 million in revenue for 2021, down from $434 million last year, according to Forbes. Other corporate partners include Verizon, Delta, and American Express.

BioSteel also has sponsorship agreements with NBA clubs, including the Mavericks, Toronto Raptors, and Brooklyn Nets.

“Our focus has been the NBA for now, but we’re working some on things,” Cammalleri said of aligning with more leagues. “We’re pretty confident in the strategy we have. So, we’re going about our business with that quiet confidence, and part of that is targeting the markets that you’ve seen us do team deals,” he added.

Asked if BioSteel has an interest in the Lakers jersey patch, also a top NBA asset up for auction, Cammalleri responded: “I think at this point it’s more important that people see our product being consumed because we have to build brand recognition, particularly in the United States. So, a patch deal is a little less appealing to us than a liquid-to-lips moment on the bench.”

Although Gatorade lost out on the Lakers, it still has a significant presence within the NBA. In 2017 Gatorade took over naming rights for the NBA’s developmental league –  now called the G League. Its parent company, Pepsi, also aligned with James last March to endorse its Mountain Dew product. 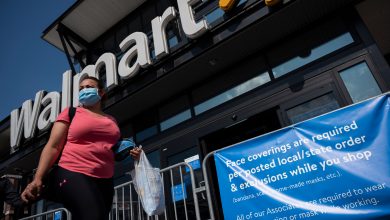 With wave of mask requirements, Walmart and other retailers face challenge: How to enforce the rules 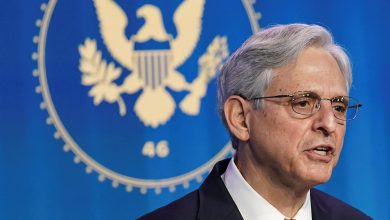 Will the Biden administration revive the CEO perp walk? Defense lawyers are telling clients to be on guard 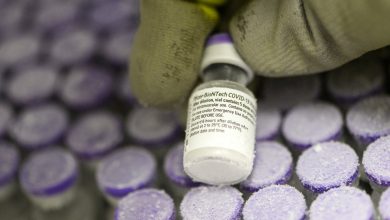 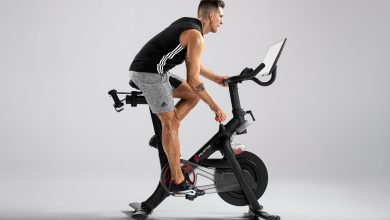 Peloton and Adidas are working together on an apparel line