(Bloomberg) — It’s been a cruel summer for the self-described “apes” who make up the diehard shareholder base of the movie-theater chain AMC Entertainment Inc. and joined forces to drive its stock to heights that Wall Street analysts consider absurd. Its earnings report later on Monday may offer at least some short-term relief.The stock has rallied in the trading session that followed each of its last six earnings reports, notching an average one-day gain of almost 7%, even though it only posted a profit once in those quarters and missed Wall Street’s average earnings estimate in four of them.Yet the gains may not last. If the professional securities analysts are in the right ballpark, more pain is in store over the longer term: The average price target calls for a further 84% drop to $5.25 in the next 12 months. None of the 10 who cover the company recommends buying the shares.

AMC is already down almost 50% from its peak at the beginning of June, testing the faith of the army of retail traders who hope to send it “to the moon” — and in the process burn the hedge fund short-sellers like Odey Asset Management that are reportedly betting against the shares.Of course in the era of meme stocks, the wall of cash thrown around by social-media mobs can render basic measures of value essentially meaningless, making the predictions of professional analysts nearly as dubious as the wild conspiracy theories coming from the apes trying to pump up AMC’s shares. Consider the average 12-month Wall Street price target for the stock a year ago: $3.50, or about one-tenth of what it’s trading for these days, and one-twentieth of what it peaked at in early June.

From a risk-management perspective, AMC is a horror movie for anyone approaching it either from the long or the short side. The stock trades so much on non-fundamental developments that B. Riley Securities analyst Eric Wold said that “neutral” is the only rating that’s appropriate.

“It’s impossible for me to know what drives retail investors to buy the shares and which stock du jour they want to focus on in the meme situation,” he said by phone. “It would have to be retail to push it higher. Given the valuation of the company relative to its peers, it’s tough to make the argument that institutions are looking at this stock in a long fashion right now.”

An AMC spokesperson didn’t respond to a Bloomberg News email requesting a comment.

Indeed, forecasts for negative earnings through at least 2023 and a price-to-sales ratio of almost 12 — about eight times that of the Russell 2000 Index –- are far from the most-important metrics to consider with a stock like AMC, at least in the near term.

Rather, the enthusiasm on social media is all that matters. The pep talk that CEO Adam Aron gives to his loyal legion of retail investors will likely be a more relevant element of its earnings day than the numbers that are actually delivered. His embrace of meme-stock traders has helped him sell more shares and bolster a balance sheet battered by the pandemic. He’s given the apes a seat at the table on earnings day, and executives will answer some question submitted by individual investors in addition to those from analysts.By one metric, the social-media buzz for AMC is still at blockbuster levels, though well off its peak. The company’s ticker symbol appeared in more than 114,000 posts on StockTwits last week, according to data compiled by Bloomberg. That’s down from more than 440,000 in June but still accounts for about one-tenth of the total posts on the site in the week.

The more the buzz wears off on social media, the greater the chances that old-fashioned metrics like profits and losses and sales growth will matter again. The apes have won some battles against their hedge-fund foes. Yet the war is far from over.“I believe that in the long-run, share prices sync with fundamentals,” said Ben Axler, the short-seller who runs Spruce Point Capital Management and doesn’t have any position in AMC. “You just have to have a long enough time horizon and be capable to stomach volatility.” 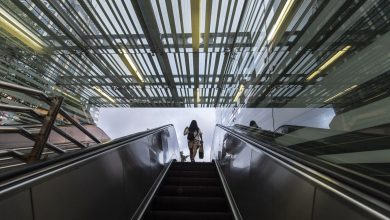 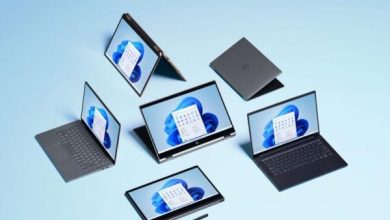 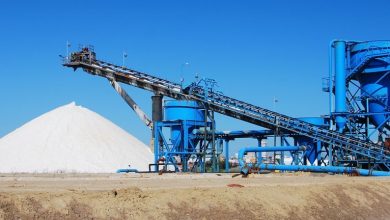 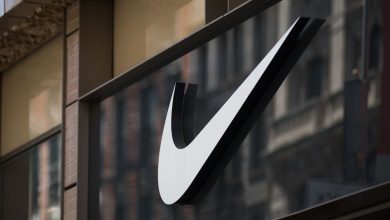 An Analyst Turned Bullish on Nike Stock After 2 Years. Here’s Why.