Members of the Yellowknives Dene First Nation joined in the event and witnessed the first production of rare earth concentrate from one of the world’s richest deposits.

Nechalacho is unique because it is the first time in Canada that an Indigenous business – the Det’on Cho Corporation, owned by the YKDFN – is extracting mineral resources from their traditional territory.

Jeremy Catholique of Lutsel K’e, and Cruze Jerome of Inuvik, were at the controls of the TOMRA sensor-based sorter, guided by TOMRA’s process engineer, Russell Tjossem, who is completing the installation of the high-tech, low-environmental impact sorter.

“Mining is changing. While sorter technology is widely used in diamond mining, this is the first time that sensor-based sorting has been used as a single step to produce a metal ore concentrate. It is much more environmentally friendly,” Tjossem said.

The sorter eliminates chemicals and tailings from the metal mining process and greatly reduces the footprint and the use of water and diesel, he added.

Prayers for the safety of the workers and the protection of the land and water were offered by YKDFN Elder and Councilor, Jonas Sangris. Yellowknives Councilor William Lines joined Sangris and Cheetah Resources Executive Vice President, Mathew Edler, using a hunting knife to cut a ceremonial ribbon.

A highlight of the ceremonial commissioning was the Yellowknives Dene Drummers, who performed from the catwalk of the sorter against a background of blue sky and green trees, and the clatter of drills operating a few hundred meters away in the open-pit deposit.

Guests watched the first bag of concentrate being filled as the sorter separated the heavy red ore from quartz-rich host rock.

This is the first year of a three-year, demonstration program before scaling up in 2024 subject to satisfactory permitting and surface lease arrangements. Over 70% of the 40 Cheetah Resources employees and contractors are Indigenous, including most of the management and supervisors.

The official opening of the mine is planned for this fall before the first shipment of concentrate will be barged to Hay River for further processing by its parent Vital Metals in Saskatoon. 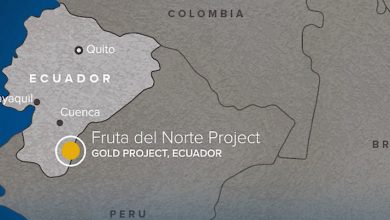 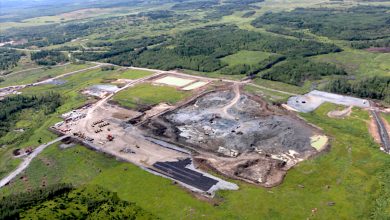 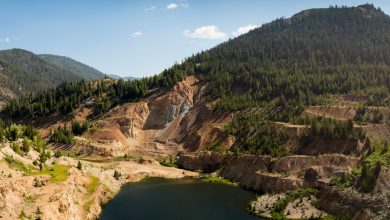 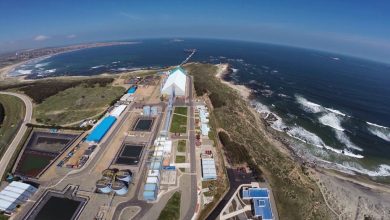