As more earnings beats hit against the backdrop of rising costs as well as supply chain constraints, at least so far, it has all added up to rising sales and a record-level of profitability at corporations.

A survey released this week from the National Association of Business Economics shows that while input prices are rising, companies are successfully passing along those costs to customers, and they expect that to continue.

Two-thirds (66%) of companies responding to the NABE Business Conditions Survey said sales increased in the second quarter, while a mere 3% of companies reported lower sales quarter over quarter, down from 12% in April.

The key number, though, is what NABE calls its net rising index for profit margins, a measure of companies reporting rising profits minus those reporting slowing profitability. That measure reached its highest reading on record in the survey, with transportation, utilities, information and communications, in particular, outperforming.

A customer shops for meat at a supermarket on June 10, 2021 in Chicago, Illinois. Inflation rose 5% in the 12-month period ending in May, the biggest jump since August 2008.

Ken Simonson, chief economist for the Associated General Contractors of America and NABE Business Conditions Survey analyst, said the rising sales and higher level of profitability suggest that for some companies the items which have gone up in price are not key to their business, while for others they are able to pass along the costs to their customers.

But the advantages are not being shared equally, with the construction sector an example of where businesses are getting hit, Simonson said.

“Construction firms are being nailed by rising input costs,” Simonson said, with contracts for existing projects signed ahead of huge increases in the prices of raw materials like steel and lumber, and unlike homebuilders, they cannot pass along those costs to customers under an existing contract. “Contractors have been squeezed badly by this rapid and somewhat unexpected increase in costs,” he said.

For the most part, the NABE survey shows that firms expect to be able to increase costs over the next three months. “Companies seem pretty confident the market will remain strong enough to put these price increases in place and expand profits,” Simonson said.

The confidence is occurring across sectors of the public market as earnings come in. Of the 175 companies that have reported so far (35% of the S&P 500), 90% are beating earnings estimates by a median of 13%, according to data from Fundstrat Global Advisors.

The strong operating conditions in spite of inflation have been cited by CEOs in recent earnings commentary. Hasbro CEO Brian Goldner said after its earnings this week that demand will stay high even though the company is hiking prices. He cited shipping costs in particular during an interview on CNBC’s “Squawk on the Street” on Monday.

Among companies reporting strong margins this week amid inflation were Stanley Black & Decker, Polaris and Corning, which said display pricing was “the most favorable pricing environment in more than a decade.”

“My members are experiencing the same dynamic. More than a few have told me that Q2 was their best quarter ever, or at least since Covid,” said Jack McCullough of the CFO Leadership Council, which he noted has primary representation from the tech sector.

Big risks do remain: if inflation lasts a lot longer than anticipated, or supply chain issues linger, both of which were also in evidence in this week’s latest earnings.

The market’s largest company, Apple, said supply chain constraints will continue to weigh on the short-term outlook, though it crushed earnings estimates for the prior quarter.

“The definition of transitory has been extended,” Simonson said, “but there is no spiral. Maybe supply chain kinks last longer than thought, more problems in the supply chain that take longer to resolve.”

Richard Fisher, the hawkish former president of the Federal Reserve Bank of Texas, said at a recent CNBC event for chief financial officers that it’s clear the economy is roaring back, but maintaining supply chains to run a business at maximum efficiency remains an open question and that gives rise to concerns that transitory inflation isn’t as brief as the Fed forecast. “How long is transitory, a year or what?” Fisher said during a May CNBC Global CFO Council virtual town hall event.

The Q2 CNBC Global CFO Council survey found rising fears about inflation and the Fed’s ability to control it over the next year. No U.S.-based CFOs taking that survey said they were “very confident” or “somewhat confident” in the Fed’s control over rising prices, while 38% said they were “only a little confident” and 47% said “not at all confident.”

“I don’t have an answer as to whether it’s transitory inflation or more embedded,” Fisher said. “The difference between financial markets and CFOs of real businesses is it takes monetary policy a long time to work its way through the real economy, unlike instantaneous financial markets reactions.”

He worries that the Fed waits too long, and tightens too late. “A late reaction can make things worse, not better,” Fisher said.

The best thing current Fed policy did in knocking rates down to zero and holding rates down, according to the former Dallas Fed president, was to give CFOs the ability to restructure debt on the balance sheet and buy back shares and increase earnings leverage. “It’s been successful, but the macro impact as demand comes roaring back and consumption soars and supply is still spotty … we will see how transitory inflation is, and what it will cause good business managers to do,” Fisher said at the CNBC event.

“I’m particularly worried about small and medium-sized business, not the big guys,” Fisher said. “You have to remember 80% of the jobs created in America are from NFIB [National Federation of Independent Business] type firms. The good news is business is roaring back so consumption is increasing.”

“We let big business prepare the market, we let them lead and we try to follow within reason, but we are more susceptible than the big guys,” said Jill Bommarito, founder and CEO of Detroit-based Ethel’s Baking Company, which supplies national companies including Whole Foods, UNFI and Dawn Foods.

“If you like them, you won’t switch for a 4% price increase, but small businesses, sometimes it’s very tight on what we’re doing with competitors and it can be the difference between winning and losing. A 4% increase in a supply chain has a lot of levels,” said Bommarito, who also serves as national small business leader for the Goldman Sachs 10,000 Small Business Voices initiative.

Ethel’s Baking Company has grown over 200% in revenue this year and did not have a decrease last year, and Bommarito said her company has been fortunate, but she remains worried about inflation, especially as her labor costs rise and competition for workers requires the company to offer more benefits.

“I would love to belief it is all transitory, but I am realistic and there is so much uncertainty and only time with tell on inflation. I’m not confident that this is all going to resolve itself,” she said.

But she remains hesitant to raise prices on her clients. “We will be very thoughtful about that,” Bommarito said, adding that on both the supply side and sell side everyone is feeling pressure. “We all will be looking at making tough decisions,” she said.

Even as labor costs rise, price hikes via the Consumer Price Index far surpassed wage hikes in the second quarter, which are the largest input cost.

But Diane Swonk, chief economist at Grant Thornton, said that in general, the pricing power in this environment accrues to the largest companies across sectors. “A lot of that differential shows up in size of firm instead of industry. Larger firms are better able to boost margins or offset squeeze from rising labor costs than small firms, regardless of industry,” she said. Swonk noted another way the current environment has benefitted the biggest companies.

“The results of the NABE survey are also consistent with CEO compensation of large firms which has gone up much more rapidly than rank and file wages,” she said. 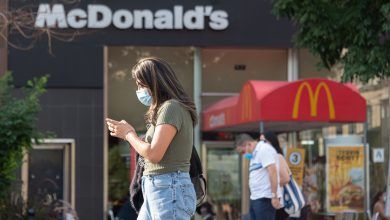 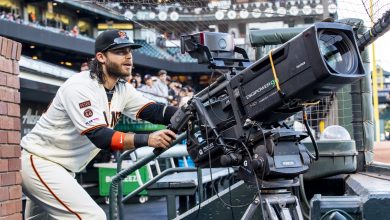 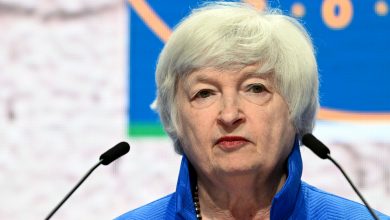 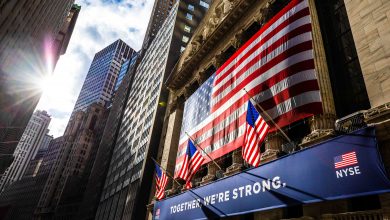 SPACs have raised over $38 billion in 2021, but new NYSE rule looms