This commentary was issued recently by money managers, research firms, and market newsletter writers and has been edited by Barron’s.

THINK Economic and Financial Analysis
ING
June 11: The coming week will be dominated by the Federal Reserve policy meeting [June 15-16]. No changes are expected, but we will be getting updated forecasts. It will be interesting to see if there are any signs of cracks in the Fed’s stance that elevated inflation readings are “transitory.”

With headline inflation at a 13-year high and core inflation at a near-30-year high, we suspect they will be a bit more balanced on their assessment, especially given evidence that labor costs are picking up and inflation expectations series are also on the rise.

Nonetheless, the disappointing jobs numbers are likely to mean the Fed continues to believe it is too early to discuss quantitative-easing tapering. Some Fed officials are tentatively moving in this direction. Still, it is likely to take another couple of months of strong activity, elevated inflation, and rising employment costs for it to actually happen.

We think the Fed’s Jackson Hole conference in late August will fire the starting gun. This will be formally acknowledged at the September Federal Open Market Committee [meeting], with a QE tapering announcement at the December FOMC.

The search for direction during the first week of June saw investors commit over $5 billion to the two major EPFR-tracked multi-asset fund groups, increase their exposure to Europe’s gathering rebound, add to their inflation hedges, and extend the lengthy inflow streaks for a number of fund groups with socially responsible, or SRI, or environmental, social, and governance, or ESG, mandates.

U.S. equity funds, however, saw their record-setting run of inflows come to an end as the focus shifted from strong U.S. growth to May’s headline inflation number—5%, the highest since 2008—and the higher taxes that currently seem inevitable. Muni bond funds saw flows hit a 17-week high as they recorded their 22nd inflow year to date. Treasury inflation-protected securities funds racked up their 36th consecutive inflow, and U.S. bank-loan funds absorbed fresh money for the 23rd straight week.

Overall, EPFR-tracked bond funds recorded a collective inflow of $12.4 billion during the week ended on June 9. Equity funds took in a net $1.5 billion, a number that would have been negative but for flows into SRI/ESG funds, with dividend equity funds posting their 13th inflow in the past 15 weeks. But year-to-date net flows into all equity funds have already exceeded the current full-year record of $358 billion set in 2013. Three out of every four dollars committed by equity investors so far this year have gone to equity exchange-traded funds.

U.S. Economic Outlook
Northern Trust
June 10: House prices have been on a tear, with the Case-Shiller and Federal Housing Finance Agency price indexes both gaining over 13% year over year in March. These rapid gains are not sustainable; we expect a return to more normal appreciation over the course of the year. Limited supply is keeping upward pressure on house prices, while input costs are raising the price of new construction. However, mortgage underwriting standards remain conservative, and demand will fall as households settle into postpandemic, work-from-home lifestyles.

Collopy Letter
Carl M. Hennig
June 10: We commented last month about the strange tape action of the 10-year U.S. Treasury, and it has become weirder since then. As we write, the 10-year is trading at a 1.48% yield compared with its high yield of 1.76% at the end of March. Why? The reasons given are the Fed’s quantitative easing—acquiring $180 billion a month of Treasuries and mortgage-backed securities; U.S. rates, although historically low, are attractive to global investors; U.S. corporations are very liquid after raising boatloads of capital last year in reaction to the pandemic, minimizing the need for capital, and this flow of cash has continued as the economy improved, while financial officers have little inclination to improve yields on this cash; and U.S. consumers are paying down debt, not borrowing. If the economy is as robust as the strategists indicate, rates should be rising, not declining. Perhaps, for the first time ever, bonds aren’t leading stocks. Let’s hope they aren’t giving us a heads up, but that the stock market’s tape is the real beacon.

ProShares Perspectives
ProShares
June 8: The pandemic continued a key trend for Walmart, which is now the No. 2 online retailer—and often cited by those who claim there’s no longer a meaningful distinction between bricks-and-mortar and online retailers. Despite Walmart’s online sales growth and a first-quarter 2021 stimulus-driven rebound, Walmart’s margin of earnings before interest, taxes, depreciation, and amortization has declined, while Amazon.com’s has dramatically improved.

Other bricks-and-mortar retailers like Target and Macy’s have fared similarly to Walmart. Traditional players can be burdened with legacy cost structures and too many physical locations, among other challenges. Born online retailers—not just Amazon, but companies such as Chewy, Etsy, and Wayfair—may have sustainable advantages for quite some time.

Weekly Technical Review
Macro Tides
June 7: Markets have been feasting since March and April of last year, powered by the concept of liquidity. A review of numerous charts suggests that markets are approaching a fork in the road as the Federal Reserve communicates the timing of its tapering and persistent high inflation calls into question Chairman Jerome Powell’s definition of “transitory.” The coming reset in risk will follow one more push higher in June in the majority of markets, with some posting new highs and others merely retesting a recent high. The trigger will come when investors realize that core inflation is holding well above the FOMC’s 2% target even as headline inflation recedes.

Treasury yields will reverse higher in the second half of this year, with the 10-year Treasury yield hitting 1.95% and possibly 2.15%. Currencies are likely to anticipate a less accommodative Fed by selling other currencies, which will allow the dollar to rally. Conjecture about how soon the FOMC will begin tapering the Fed’s purchases and, more importantly, when the FOMC will be forced to raise the federal-funds rate will be disruptive.

Complacency is the dominant feature of the financial markets, and the May employment report only reinforced this. By the time the coming reset is nearing an end, complacency will have been replaced by concern.

To be considered for this section, material, with the author’s name and address, should be sent to [email protected]. 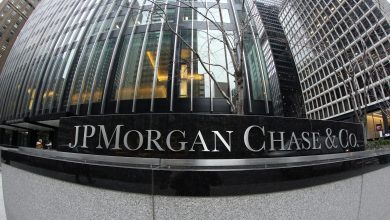 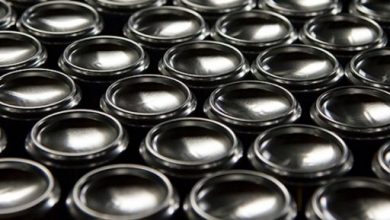 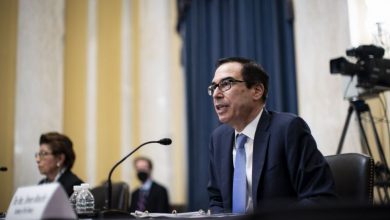 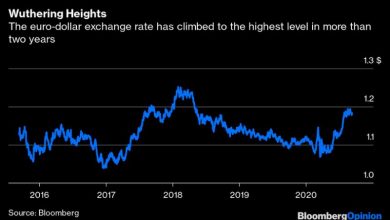 A Soaring Euro Is Not the ECB’s Biggest Problem