Pembina announced the formation of two partnerships this week with Indigenous groups.

Canada’s third-largest pipeline company said in an emailed statement it has formed Chinook Pathways, an “equal” partnership with Western Indigenous Pipeline Group to pursue ownership of the government-owned Trans Mountain company that includes the $12.9-billion expansion project between Edmonton and Burnaby, once it is completed in 2022.

On Tuesday, Pembina announced it had formed a partnership with Haisla Nation in Kitimat, B.C., to build Cedar LNG, a floating export project near Kitimat that would ship 3 million tonnes of LNG per year from B.C. to Asian markets at a total project cost of $3 billion. A final investment decision is expected in 2023.

“We believe that environmental stewardship, Indigenous prosperity and inclusion and mutual economic benefit are the cornerstones of future energy infrastructure development in Canada, and we are honoured to have the opportunity to work with the Haisla Nation to produce Canadian LNG,” Pembina senior-vice-president marketing and new ventures Stu Taylor said in a release.

Just last week, Calgary-based Pembina had signed a friendly deal to purchase competitor Inter Pipeline Ltd. in an all-stock deal worth $8.3 billion, which at the time trumped a hostile takeover bid from Brookfield Infrastructure Partners. Brookfield has since upped its offer for Inter Pipeline in response to Pembina’s proposal.

Taken together, these three initiatives — the takeover of Inter Pipeline, a Trans Mountain bid and the development of Cedar LNG – will each require billions of dollars to complete and have the potential to transform Pembina into a massive midstream giant in Calgary. But it also presents a challenge for the company, which has a current market capitalization of $20 billion.

“Suffice it to say, they would need to get creative on the funding front,” said National Bank analyst Patrick Kenny of Pembina’s desire to both acquire Inter Pipeline and buy the Trans Mountain system.

Kenny said there’s a “strong strategic fit” for Pembina to integrate the Trans Mountain system into its network, because it bought Kinder Morgan Canada’s remaining assets in 2019 for $4.3 billion and the purchase of Inter Pipeline “makes a strong case even stronger.”

“If they are successful in the IPL arrangement, then they have additional access to both oilsands and conventional crude volumes with the potential to market those volumes through the West Coast,” he said.

Pembina has been an aggressive buyer of midstream assets in recent years, but analysts don’t think the company has overextended itself. In addition to spending $4.3 billion on Kinder Morgan Canada Ltd. in 2019, the company also bought Veresen Inc. for $9.7 billion in 2017.

“Pembina has been very prudent in terms of its acquisitions,” said Eric Eng, a credit analyst with DBRS Morningstar in Toronto, adding that the company has fully integrated its acquisition targets into its business before moving onto the next deal. “They’re not doing it simultaneously beyond their means.”

“I would expect the same gap between one and the other,” Eng said of the company’s targets.

That timeline could potentially give Pembina the leeway to bid for the Trans Mountain pipeline when it’s complete late next year and also provide flexibility to invest in the Cedar LNG project beginning in 2023.

The LNG project shows Pembina is “taking another stab” at building a liquefaction terminal on the West Coast after suspending an LNG project in Oregon indefinitely this year, ATB Capital Markets analyst Nate Heywood wrote in a research note Tuesday. 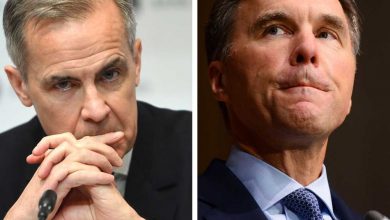 The spectre of Carney now looms over Morneau, but that should be a good thing 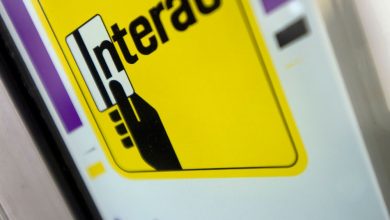 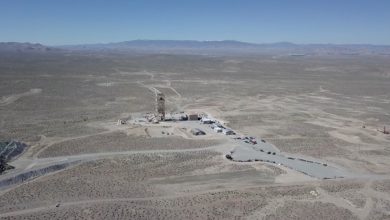 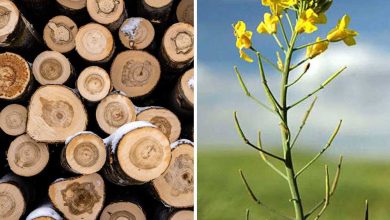