The fear of missing out works in reverse too. Just ask anyone holding Bitcoin right now.

No one likes watching others get rich, and when it happens it does something to investor psyches. That’s one reason investment bubbles form—money rushes into a sector playing catch-up, looking for a piece of the action.

No longer. Bitcoin is down nearly $5,000 or 12%, breaking $40,000 in early Wednesday trading. It’s the tenth daily drop in the past two weeks of trading. The cryptocurrency is down about 40% from its high.

There are reasons for the recent weakness. China banned the use of cryptocurrencies for financial institutions. Other countries might be considering tighter regulation, particularly as cryptos become the currency of choice for ransomware hackers. Tesla stopped accepting Bitcoin as payment for vehicles.

But sometimes things go down because they are going down. Investors who bought early are looking to lock in gains, while recent arrivals to the crypto game are panicking. Selling begets selling.

When stock bubbles pop, the selling usually stops when shares drop well below intrinsic value and become attractive to a new class of value investors who didn’t partake in the market froth.

Cryptocurrencies are different. They have no intrinsic value, which means there’s no telling when the selling might stop.

What’s Next: Reflecting the range of expectations as the recovery continues, Macy’s raised its full-year outlook for sales and profits, while Walmart’s McMillon said the second half of the fiscal year carries more “uncertainty than a typical year.” Home Depot didn’t offer any guidance for the rest of 2021.

New York officially drops mask mandates for the vaccinated and capacity limits for everything from restaurants to museums and theaters on Wednesday, a potential boon to New York City’s economy as workers return to Midtown offices and tourists repopulate Times Square.

What’s Next: The European Union on Wednesday said that it would allow fully vaccinated travelers from countries considered safe to visit as early as next week. The move would allow travelers from the U.S. to visit the 27-member bloc after having been largely restricting from doing so since the pandemic started.

JPMorgan Chase said Marianne Lake and Jennifer Piepszak will lead the firm’s consumer & community banking operations. Both are executives at the bank and are viewed as contenders to eventually succeed CEO Jamie Dimon.

What’s Next: Piepszak and Lake start effective immediately, leading a unit that generated more than $50 billion in revenue last year.

Financial stability risks are increasing in Europe notably in specific industries and countries due to the uneven impact of the coronavirus pandemic, the European Central Bank said Wednesday in a report warning about the “considerably higher insolvency rates” of potential zombie companies.

What’s Next: The number of bankruptcies fell by 18% in the EU in 2020, as governments offered blanket protections to all businesses to help them cushion the Covid-19 pandemic impact. As the economy recovers, the number of zombie firms will become apparent, creating a new set of policy problems.

I am a 63-year-old man considering separating from my domestic partner, with whom I have been for 33 years. My partner owns the apartment in which we have lived for almost 30 years. I contribute to the maintenance and utilities roughly in proportion to our respective incomes; my income has always been less than his, and my net worth is about half of his. All other expenses (groceries, travel, entertainment, etc.) are split equally.

He comes from a family of some means and has benefited from a trust fund and several inheritances over the years. My family was lower middle class, and I have been financially independent from my family since finishing college. Through hard work, frugality and consistent investing, I have acquired a net worth of approximately $3 million.

When same-sex marriage became a possibility in New York, he declined to consider it because he did not want to take on any possible financial obligations that a future divorce might entail. My question for you is whether I have any reasonable expectation of “spousal” support or a financial settlement to help with my future (greatly) increased anticipated living expenses.

For the past three-plus decades, we have lived and been regarded by family and friends as a married couple, although we have always kept our finances separate. We both share the responsibility for the ending of our relationship, so I believe that we should both share the financial burden of my moving out and setting up my own household.

I’m hoping to remain friends with my partner, but I’m anticipating this being a contentious issue and would welcome your input. What is reasonable to expect, if anything, in terms of a financial settlement from him?

—Soon to be Single in Manhattan 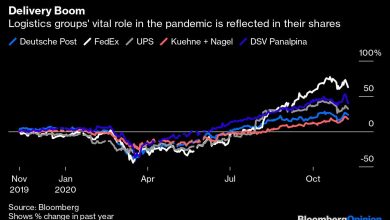 DHL, FedEx and UPS Are Ready to Save the World 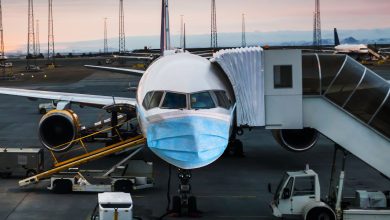 Airline stocks could take off despite spike in COVID-19 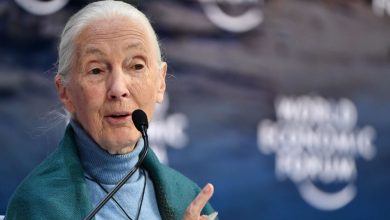 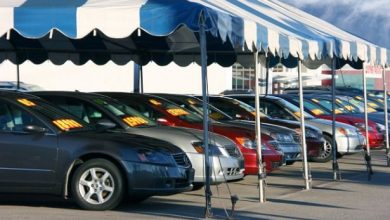