Friedland is far from alone in believing that the implementation of circular economy principles – which aim to reduce waste and pollution – will affect commodity pricing.

The movement toward circularity is being driven by investors and consumers who want more information about the conditions under which goods are produced and the environmental and social impacts of that production. It’s also being driven by net zero commitments of governments and investors, and regulations around conflict minerals in the U.S. and EU (already in effect) and the Joint Due Diligence Standard for Copper, Lead, Nickel and Zinc (an industry association-led standard that will come into effect in 2023).

But how do we get there?

One of the enabling technologies of the circular economy is blockchain.

While bitcoin may have been the first application of the technology, its applications go far beyond the cryptocurrency craze. The immutable distributed ledger technology creates a link between the physical and the digital worlds, and offers a secure digital record of transactions that can’t be tampered with. Essentially a decentralized database, it allows traceability of raw materials back to their origin using digital certificates. Current efforts are moving beyond mere traceability and seeking to attach ESG data to blockchain platforms, providing transparency on sustainability measures – and ultimately moving toward incentivizing and rewarding best practices.

In the mining sector, blockchain is already being used to trace materials to ensure they are being produced ethically and without human rights concerns (cobalt, diamonds, tin, tantalum, tungsten and gold). It’s also being used to bring transparency to investing in precious metals, with the security offered by the immutable nature of the blockchain record a big feature in commodities where fraud is a concern.

A few examples include:

The number of intitiatives that are seeking to provide deeper data on carbon intensity and other ESG metrics is growing. One of them is the Mining and Metals Blockchain Initiative’s (MMBI) emerging Carbon Tracing Platform (COT) – a proof-of-concept stage project that was released in December. The goal of COT is to allow mining companies to trace carbon emissions from the mine to the final product. The MMBI is a collaboration between the World Economic Forum and seven leading industry players, including Anglo American and Glencore, that was established in 2019.

The COT concept “not only tests the technological feasibility of the solution, but also explores the complexities of the supply chain dynamics and sets requirements for future data utilization. In doing so, the proof of concept responds to demands from stakeholders to create “mine-to-market” visibility and accountability.”

The solution also holds potential for more accurate ESG metrics. Most estimates of the carbon footprint of the mining industry’s value chain are currently based on industry benchmarks or non-standard unverifiable data, Jorgen Sandstrom, WEF’s head of mining and metals, told The Northern Miner in December.

“This limits the (organization’s) control and ability to improve the footprint,” Sandstrom said. “Our vision is to enable verifiable visibility of the embedded emissions from the mine to the market, and the COT is a big step forward in delivering this vision.”

Rio Tinto’s START sustainability initiative for aluminum includes a variety of ESG metrics. Launched in February, the sustainability label – which the miner likens to a nutrition label on food packaging – provides key information about the site where the aluminum was produced, and is delivered to customers via blockchain. The label includes information covering 10 key criteria, including: an operation’s carbon footprint, water use, recycled content, energy sources, community investment, safety performance, diversity in leadership, business integrity, regulatory compliance and transparency.

“By launching START, Rio Tinto is helping to support increased transparency and traceability across the aluminium supply chain,” said Paramita Das, general manager, global marketing and development for Rio Tinto Aluminium in an emailed response to CMJ’s questions. “With the current geopolitical environment, increased scrutiny on origin of materials and focus on climate change, we believe this will help meet the needs of end customers while responding to consumer expectations. In addition, using blockchain technology allows us to bring data driven sustainability information to our customers faster and in a secure way.”

“START is an ecosystem solution and our hope is that the supply chain can come together to position aluminium as the material of choice against substitute materials,” Das noted.

In Australia, the trueGold Consortium is a new ESG-focused gold supply chain assurance solution that allows tracking of gold from the mine site to the end consumer. A 50-50 venture between ASX-listed Security Matters and the Perth Mint of Australia, trueGold launched last year, with a full commercial launch expected in next year’s second quarter.

Security Matters’ business is focused on the circular economy – from plastics to electronics and fashion to now gold – using technology it’s licenced from the Israeli government. Security Matters CEO Haggai Alon says the unique molecular marking technology and blockchain platform is capable of tracking a material from mine through production and then through recycling or reuse.

“We are the only technology that can go from raw material to production, from production to commercial and from commercial to reuse,” Alon says. “And the fourth dimension is having all of these three life cycle spans recorded on the blockchain with one technology and full transparency and visibility on the whole process. So what you really have is the ability to transform linear production to circular because you can interconnect the three lifecycles with one technology.”

Alon says the technology captures all the ESG criteria that are demanded by the LBMA (London Bullion Market Association) and the World Gold Council.

Notably, the original idea for trueGold came from technology companies looking for ethical sources of gold.

“Gold is still one of the best connectors on high-end electronics – til this day there’s no alternate, synthetic, human-made material,” Alon says. “For the tech companies, addressing the challenge of tracing origin as it relates to ethics and provenance and quality was very important.”

As much excitement as there is around blockchain, there are some limitations to the technology with regard to ESG, says Ben Chalmers, Senior VP of the Mining Association of Canada (MAC).

“While blockchain is a really important innovation that will allow the easier and more reliable transmission of ESG data up and down the supply chain to enable our customers to secure their supply chains with responsibly sourced material, what really matters is what information is being put into that blockchain and that’s where our focus is,” Chalmers says. “Blockchain is only as good as the information that is entered into it – it’s the old notion of garbage in, garbage out.”

Through its Toward Sustainable Mining (TSM) standard established in 2004, MAC ensures that the quality of ESG and origin data is trustworthy.

“As we set out in our TSM standard, trustworthy means independently audited or verified data with some sort of credible oversight of it,” Chalmers says.

“It’s not enough for a company to say ‘trust us, we’ve got good ESG systems in place to make sure our products are responsibly sourced,” Chalmers notes. “You need a standard like the Aluminium Stewardship initiative or TSM to attach to it.” 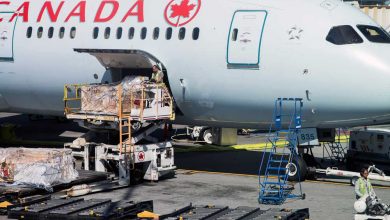 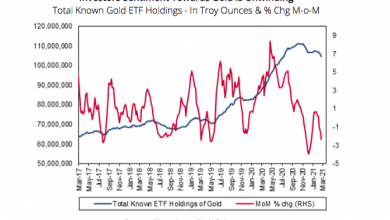 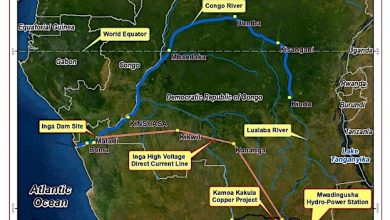 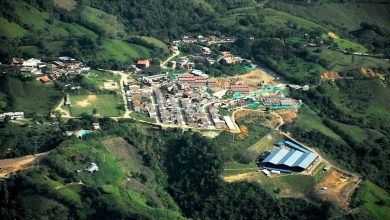