US President Joe Biden speaks in Pittsburgh, Pennsylvania, on March 31, 2021.

While President Joe Biden tries to steer his mammoth new infrastructure plan through Congress, his administration is planning the next phase of its economic recovery efforts.

As the White House prepares to unveil a second proposal focused on education, paid leave and health care, it has given few hints about whether it will include a core Biden campaign plank: a public insurance option.

The president ran on expanding health-care coverage by allowing Americans to opt into a Medicare-like plan. Though the White House has said it will address health care in the new proposal due to be unveiled later this month, it has not yet committed to including a public option.

“Health care will certainly be a part of that, with a focus on trying to lower costs for most Americans, particularly around prescriptions drugs, and efforts also to expand affordable health care,” White House chief of staff Ron Klain told Politico on Thursday when asked if the proposal would include the Medicare-like insurance plan.

Biden entered the White House with full Democratic control of Congress and a chance to enact major pieces of his platform. Taking office during a pandemic and economic downturn, and facing GOP resistance to many of his goals in a Senate where the filibuster still exists, Biden had to make thorny decisions about what to pursue and when.

Democrats started Biden’s term with three chances to use budget reconciliation, the process which allows bills to pass with a simple majority in the Senate. It means Democrats can approve legislation with no GOP votes in the evenly split chamber.

Because Republicans will oppose efforts to expand government involvement in health care, Democrats would likely have to pass a public option on their own. But health-care reform has befuddled the major political parties in Washington for decades.

Democrats would still have to get all of their members on board with a health plan. It could prove difficult in a party where preferred models range from a modified version of Obamacare to a full single-payer system that covers every American.

Democrats used their first shot at reconciliation to pass a $1.9 trillion coronavirus relief bill — a bigger aid package than they could have approved if Republicans had signed on. Democrats may also opt to use the process to pass the more than $2 trillion infrastructure plan Biden unveiled Wednesday. Senate Minority Leader Mitch McConnell, R-Ky., said Republicans would oppose it because it raises taxes on corporations.

Passing infrastructure through reconciliation would leave Democrats with one more attempt to pass a bill with a simple majority by next year. (Senate Majority Leader Chuck Schumer, D-N.Y., hopes to find a way to use the process an additional time.) Senators have already called on Biden to use his next recovery plan to expand health-care coverage.

Sens. Michael Bennet, D-Colo., and Tim Kaine, D-Va., have urged Biden to put their health-care expansion plan in the coming reconciliation bill. They believe their legislation reflects the president’s goal he outlined on the campaign trail.

It would set up a Medicare public option for individuals and small businesses nationwide by 2025. The bill would also put in place cost-cutting measures, such as allowing the government to negotiate drug prices and expanding subsidies and tax credits for purchasing coverage.

Sen. Bernie Sanders, I-Vt., has his own idea of how Biden should approach health care in the reconciliation bill. He wants to lower the Medicare eligibility age to either 60 or 55, from the current 65, and expand coverage to dental and vision.

He aims to fund the change by allowing Medicare to directly negotiate prices with drug companies.

It is unclear now whether Biden will include a public option in the reconciliation bill, or how he would otherwise use the plan to cut costs and expand coverage. He faces political pressure to take action on health care during his first term, as voters in 2020 consistently ranked the issue among the most important to them.

The pandemic also highlighted weaknesses in the U.S. health-care system. Millions of people who lost jobs as the virus spread around the country lost their employer-sponsored insurance.

To address the loss of coverage, the Biden administration opened a special Affordable Care Act enrollment period. As part of the Covid relief package, Congress also made made millions more people eligible for premium subsidies to buy plans. 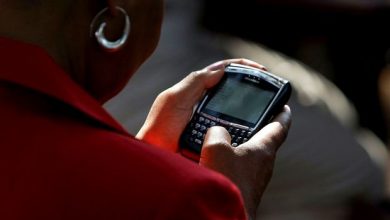 Why Is BlackBerry Stock Taking Off Again? Meme Stocks Have Returned. 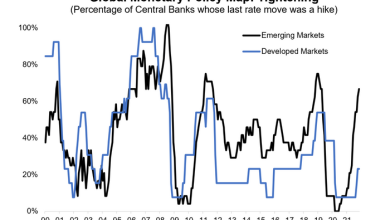 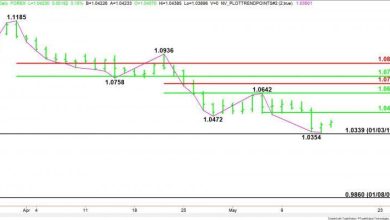