Bernard Madoff, mastermind of the biggest investment fraud in U.S. history, ripping off tens of thousands of clients of as much as $65 billion, died Wednesday. He was 82.

His death at the Federal Medical Center in Butner, North Carolina, was confirmed by the federal Bureau of Prisons.

Madoff died apparently from natural causes, the AP reported earlier, citing an unidentified person familiar with the matter. He would have turned 83 on April 29.

Madoff was serving a 150-year sentence at the prison, where he had been treated for what his attorney called terminal kidney disease.

He pleaded guilty in 2009 to a scheme that investigators said started in the early 1970s and defrauded as many as 37,000 people in 136 countries over four decades by the time Madoff was busted on Dec. 11, 2008 — after his two sons turned him in. Victims included the famous — director Steven Spielberg, actor Kevin Bacon, former New York Mets owner Fred Wilpon, Hall of Fame pitcher Sandy Koufax and Nobel Peace Prize winner Elie Weisel — and ordinary investors, like Burt Ross, who lost $5 million in the scheme.

Madoff insisted the fraud did not begin until the early 1990s, when, he said, “the market stalled due to the onset of the recession and the Gulf War.”

In a 2013 email to CNBC from prison, Madoff claimed the break in the market that started the Great Recession led to his scam.

“I thought this would be only a short-term trade which could be made up once the market became receptive,” he wrote. “The rest is my tragic history of never being able to recover.”

In fact, investigators said, Madoff did not execute a single trade for his advisory clients for years. Rather than employing a so-called split-strike conversion strategy as he claimed, he simply deposited investors’ funds in a Chase bank account, paying off new customers with funds from earlier customers — a classic pyramid scheme — and providing his clients with falsified account statement. The investment “returns” shown on those statements — some $50 billion in all — were pure fiction.

The scandal at Bernard L. Madoff Investment Securities shattered investor confidence, which was already damaged by the financial crisis. And it led to sweeping changes at the Securities and Exchange Commission, which missed the fraud for years despite repeated warnings, including from independent investigator Harry Markopolos, who set out to analyze Madoff’s improbable returns and pronounced them fraudulent as early as 2000.

A subsequent investigation by the agency’s inspector general, H. David Kotz, found that rather than following up on clear evidence of fraud, SEC enforcement staffers decided to take Madoff’s word that his operation was legitimate.

“When Madoff provided evasive or contradictory answers to important questions in testimony, they simply accepted as plausible his explanations,” Kotz wrote.

Last June, a judge denied a request for compassionate release, saying Madoff committed “one of the most egregious financial crimes of all time,” and that “many people are still suffering.”

Bernard Lawrence Madoff was born in Queens, New York, on April 29, 1938, the son of Sylvia and Ralph Madoff, a plumber who became a stockbroker.

For more than 50 years, Bernie Madoff was renowned on Wall Street, a big money manager who founded his own firm at age 22 and became nonexecutive chairman of the Nasdaq in 1990. He was credited with helping develop some of the systems and market structures that moved the stock market beyond the trading floor and gave rise to modern, electronic trading.

But Madoff’s life came crashing down in 2008, during the depths of the financial crisis.

Flooded with redemption requests from his clients, Madoff could not keep the scam going any longer. On Dec. 10, 2008, he confessed to his sons, Mark and Andrew, that the investment advisory business was all a lie. Madoff had hoped to buy some time to distribute hundreds of millions of dollars in bonuses to employees, then wind down the firm. But Mark and Andrew, who were senior managers in the firm’s trading operation — which operated separately from the fraudulent advisory business — would have none of it, and alerted authorities on the spot.

A day later, on Dec. 11, 2008, the FBI raided his offices in the Lipstick Building on Midtown Manhattan’s Third Avenue.

On March 12, 2009, Madoff pleaded guilty to 11 federal crimes and admitted to operating the largest private Ponzi scheme in history. He was sentenced three months later to the maximum sentence: 150 years in prison with restitution of $170 billion.

In court, he insisted that it was all his idea — that his family knew nothing — even though his wife, Ruth, had once kept the books, his sons were senior officers, and his younger brother, Peter, was chief compliance officer.

Andrew Madoff sits between his girlfriend, Catherine Hooper, and his mother, Ruth Madoff, while appearing on NBC’s “TODAY” show in 2011.

But a trustee appointed to track down funds for investors did not buy it. Irving H. Picard sued dozens of people and entities, including Madoff’s family members, alleging they either knew about the fraud or turned a blind eye, while reaping millions of dollars in benefits.

For older son Mark, the suspicion was too much. In 2010, two years to the day of his father’s arrest, he became the third suicide linked to the fraud. He was 46. Four years later, Andrew died of lymphoma at age 48.

Picard eventually reached settlements with the sons’ estates, and with Ruth Madoff, who has continued to deny any knowledge of the fraud, and is reportedly living modestly in Connecticut.

In the end, in addition to Madoff, more than a dozen individuals, including Peter Madoff, were convicted of federal crimes, but none of the others was accused of knowing about the fraud. JPMorgan Chase, Madoff’s primary bank, paid $2.6 billion to the U.S. government and Madoff victims in 2014 to settle allegations that it did not maintain adequate controls. After Chase instituted some unspecified reforms, prosecutors dropped charges against the bank.

Medical examiners remove the body of Mark Madoff from his New York apartment on Dec. 11, 2010.

As of mid-2020, Picard had recovered more than $14 billion for Madoff’s customers, or roughly 75 cents for every dollar in principal they invested, a figure normally unheard of in a Ponzi scheme. From prison, Madoff repeatedly tried to take credit for the recoveries, claiming he pressured his biggest investors to return some of their money.

“Those parties were well aware of the incriminating evidence I possessed about their complicit activity, and wisely came forward with settlements,” he wrote in 2013.

But Picard and federal investigators said Madoff never provided them any meaningful help. The remorse he claimed in every message was suspect as well. At his 2009 sentencing, Madoff turned to his victims. “I’m sorry,” he said. “I know that doesn’t help you.”

Ross, a former mayor of Fort Lee, New Jersey, who testified at the hearing, told Chin: “Commit Madoff to prison for the rest of his life. May Satan grow a fourth mouth where Madoff can spend the rest of eternity.“ 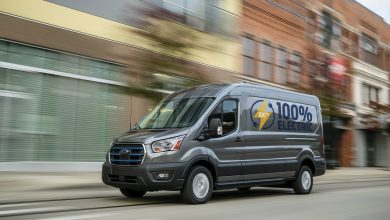 Wall Street wrestles with how to value 100-year-old GM, Ford as automaking goes all-in on EVs 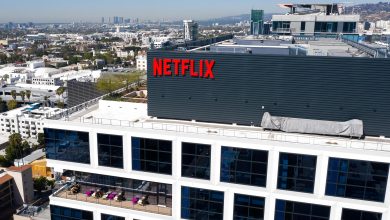 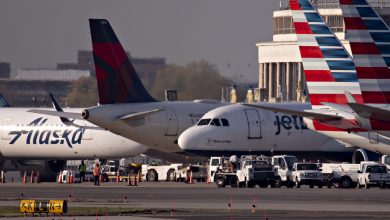 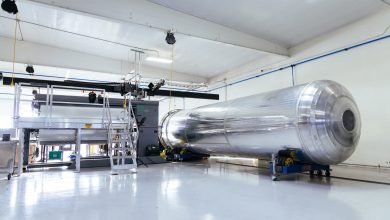