Annick Robichaud Butland answered the phone after two rings, and reassured a rather startled caller from Ontario that getting an actual human being on the line after dialing a 1-800 government number in New Brunswick was the “Maritime way.”

Turns out, Butland, in her role as a provincial outreach coordinator attached to the province’s Live for the Moment NB marketing campaign, has been answering a lot of calls from Ontario and points across Canada over the past week or so.

The clever push, conceived by several local economic development agencies and promoted on social media, includes a website aimed at all the poor young suckers — and you know who you are — currently marooned in overheated big city housing markets.

We’re talking about both those grinding away paycheque to paycheque to pay down the mortgage and those unable to afford a place — period — all now working remotely, weary of lockdowns and perhaps itching for change, which is smack where New Brunswick’s campaign hits them.

Cue the site’s 29-second teaser video with a groovy soundtrack and images of a hiker peering out to sea; a camper tossing bacon into a skillet; and paddle boarders on a calm-as-glass river with nothing around them, but nature’s abundant glory.

The campaign launched March 14. By day three, Butland and friends had already fielded more than 200 inquiries, and most of the callers, she said, had already done their “research.” But her phone isn’t the only one ringing. Pam Doak, a Fredericton-based realtor with 34 years of experience, said 50 per cent of her calls during the past year have been from people in Ontario.

People are more than just interested; they’ve been making the move. One prominent new resident is hip-hop icon Maestro Fresh Wes, who pulled up stakes in Toronto during the pandemic and now happily lives near the Bay of Fundy.

“I’ve never seen anything like it,” Doak said of the seismic uptick in interest.

Neither has New Brunswick. But that was before the pandemic sparked a shift in how people work, and how they viewed their lot in life. Suddenly, a historically have-not province has it all: Affordable homes, no traffic, ocean vistas, national parks, art galleries, restaurants, universities, bilingualism, work-life balance, super-friendly people, practically no COVID-19 cases and, coming in April, an Atlantic provinces travel bubble 2.0 to look forward to.

In February, 824 homes were sold in the province, a year-over-year increase of almost 400 per cent. The average sale price year-to-date is $198,472. The market in Fredericton is red hot, Saint John is blazing, Moncton, too.

But the obvious question, and the one Butland said people keep asking her is: “What is it really like there?”

It’s something that Kristine Walker and her husband, Rory, started asking themselves five years ago in Langley, B.C., about a 30-minute drive (without traffic) from downtown Vancouver. Walker, a supply chain management expert, was working, as she describes it, “to pay the mortgage.” Her roundtrip commute could take as long as three hours. Her life, seemingly happy enough on the surface, was utter hell.

But Walker’s biggest fear was that her two boys would grow up with a mountain backdrop and yet never be able to afford a similar view. She and Rory were B.C. born and raised, but they ditched the West in 2016 in favour of a 4,000-square-foot home — double what they owned in Langley — on the opposite side of the country. After selling the Langley place, they pocketed a $400,000 difference.

“Neither one of us had ever set foot in New Brunswick, outside of the one day I was in Saint John on a cruise,” Walker said.

They bought in New Maryland, just outside Fredericton, and, irony of ironies, they recently put the house up for sale after gradually coming to the realization that more space simply meant more dusting.

“We are downsizing,” Walker said.

As an early pioneer of the move to New Brunswick movement, Walker speaks with authority and persuasiveness. She found work in her field. She made new friends. She has next to no commute. The kids are happy. In the months since the pandemic struck, she convinced her sister’s family, her mom and her mom’s partner to ditch the housing insanity of B.C. and move east.

“My mom bought a place on the beach in Saint John,” she said.

Five years after taking the leap, Walker has no regrets, aside from one minor lament: with the time difference, her beloved Vancouver Canucks’ games start right around bedtime.

“When I do watch the Canucks, sometimes they will pan out and show the harbour, and I’ll find myself missing the highrises, but that’s it,” she said.

Heartening as Walker’s story of family renewal and salesmanship in support of New Brunswick’s charms are, there is another, more ominous tale that also requires telling; one about a province in a demographic death spiral.

According to the numbers, about 12,000 New Brunswickers each year turn 65 — official retirement age — but only 8,000 or so hit age 15, the official working age. Those are not good numbers for a province looking to grow.

“It leaves a gap of about 4,000 workers every year that the domestic labour supply can’t meet,” Saillant said.

In sum, New Brunswick is rapidly going grey. Any short-term bump in the number of young people throwing in the towel in Toronto, mid-pandemic, and zeroing in on a new life in, say, Moncton is a “mere blip on New Brunswick’s long-term demographic trajectory,” he said.

It’s not all bad news. For those younger people who actually take the leap, and who aren’t simply bringing the job they have elsewhere with them, they land in a province looking for skilled workers in information and communications technology, advanced manufacturing, agriculture and aquaculture and more.

Unlike bygone days, New Brunswick already enjoys annual net gains in inter-provincial migration. Prior to the pandemic crashing the numbers, the province also welcomed about 6,000 immigrants a year.

The out-of-province transplants are often baby boomers — yup, more seniors — but they typically arrive flush with cash after having sold a home in Montreal, Ottawa, Toronto, Calgary, Vancouver and points in between.

More people, especially people with disposable income, boost the local tax base. They also splash cash around the local community and fatten federal transfer payments. Boomers dine out, go to galleries and renovate kitchens. They buy new cars, get involved as volunteers, require doctors and nurses, and, as they near the end of their life’s journey, may need long-term care.

Even the oldies can turn out to be goodies, particularly when what they most add to a community is their enthusiasm for the place.

Consider Ed Pavich. The 58-year-old banker was, as of March 1, 2020, preparing for a career shift with his employer in Niagara Falls, Ont. But when COVID-19 took hold, plans changed, and he opted for early retirement instead.

He and his life partner, artist Graeme Johnson, started looking at New Brunswick real estate. Neither had roots in the province. They had visited, though. The people seemed nice and the scenery was pretty, so they got serious and snapped up a four-bedroom Dutch colonial-style house bordering a forest outside Fredericton, with a pool and a barn that is now home to three pet alpacas, Zamir, Opus and Clovis.

They also have three large dogs and an extra $200,000 in the bank, thanks to the nice, but unremarkable three-bedroom, two-storey house with a small backyard they sold back in Ontario.

”I feel as though I have always belonged in New Brunswick,” Pavich said.

At first, the couple was “freaked out” by the locals’ friendliness. People are friendly enough in Ontario, but they are not nearly New Brunswick-friendly. Neighbours they had never met offered to do their shopping as they rode out their two-week quarantine in September. Gift baskets magically appeared at the front door, as did dinner invites. New friendships bloomed. People bought into mask-wearing protocols. Social distancing actually seemed cool. Community came first.

Johnson is now kicking around the idea of opening a bed and breakfast — working name: Maritime Mary’s Guesthouse and Alpaca Ranch. Unlike Pavich, he confesses to being a tad homesick. New Brunswick is awfully quiet. But as the weather has improved, so have Johnson’s spirits — further buoyed, no doubt, by their decision to splurge on a vintage Porsche Boxster.

“We are getting it shipped from Ontario,” Pavich said. “We have gotten so lucky. Everybody here has been so friendly.”

Of course, friendliness and better affordability aren’t exclusive to New Brunswick. Small communities, east, west and central, have been zeroing in on city slickers’ pandemic angst and overpriced housing heartache in an effort to entice them to relocate.

A household name among the Gen-X crowd, the ex-Much Music VJ has built a successful digital marketing company and, as a podcaster, has been beavering away from a pretty place on a lake and telling people how great it all is.

Back in Hopewell Cape, a village on the Bay of Fundy, Annick Robichaud Butland was explaining to her caller from Ontario what New Brunswick is really like. Her kids are older now, but when they were little she would walk them down to where the school bus picked them up and watch the sunrise over the ocean.

It is a view she never tires of.

“People want to come to New Brunswick for the slower pace and the friendlier lifestyle,” she said. “So let us know when you come, because we’d love to show you around.” 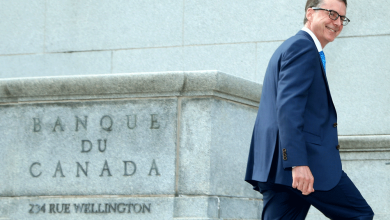 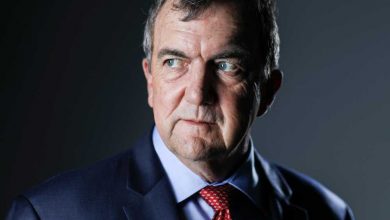 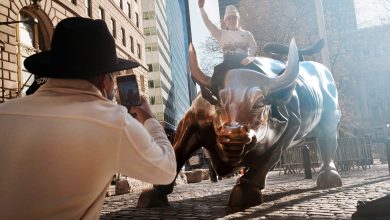 Household net worth climbs to $136.9 trillion, thanks to big stock market gains 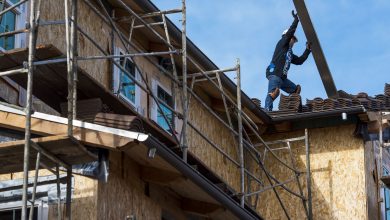