Kohl’s on Tuesday reported fourth-quarter earnings and sales that topped analysts’ estimates, and pointed to stronger growth in 2021.

Facing pressure from activist investors, the company said it will reinstate its dividend and buy back shares.

With its sales strained by the pandemic, Kohl’s has been working to drive more shoppers online, and add brands that sell home accessories, fitness gear and makeup to lure new customers. It’s also been trying to cut costs and trim inventories, and these efforts have helped improve profits.

“After an extraordinary year managing through the pandemic, we ended the year in a very solid financial position, and we enter 2021 with strong momentum,” Chief Executive Michelle Gass said in a statement.

Kohl’s shares were rising more than 1% in early trading.

Here’s how the company did during the quarter ended Jan. 30 compared with what analysts were expecting, using a Refinitiv survey:

Online sales jumped 22% from a year earlier and accounted for 42% of its total sales.

Two of Kohl’s in-house apparel brands — a comfort line for women called Sonoma and a trendier teen-focused line called So — grew year over year during the quarter, Gass told CNBC in a phone interview.

Recent tie-ups to bring merchandise from Land’s End, Eddie Bauer and Calvin Klein into stores are further helping to stir up excitement and give people a reason to visit Kohl’s, she said.

Kohl’s also saw a boost in stores in early January, as people visited the retailer to return holiday items bought on Amazon, and picked up something else during the trip, Gass explained. Kohl’s stores nationwide offer an outpost to accept Amazon returns.

The company said at least 2 million new customers shopped at Kohl’s last year because of its Amazon returns service, a third of which are millennials.

Later this month, Kohl’s will launch its own athleisure brand called FLX, hoping to capitalize on the momentum that athletic apparel makers like Nike, Lululemon and Under Armour are seeing with customers. This fall, it will replace its own cosmetics department in 200 locations with Sephora shops, growing that to at least 850 stores by 2023.

“This is an entire transformation that we’re undertaking, of the consumer experience,” Gass told CNBC. “We will drive growth, and we will drive that in a more profitable way.”

The company expects sales to rise by a mid-teens percentage this year. Analysts, on average, expected sales growth of 17.5%, or $17.64 billion, this year, according to Refinitiv. It forecast adjusted earnings to be in a range of $2.45 to $2.95 per share for 2021, largely in line with expectations of $2.67 a share.

Cowen & Co. analyst Oliver Chen said he views the outlook as conservative, with the pandemic remaining a headwind.

Last week, Kohl’s rejected an investor group’s attempt to seize control of its board. The retailer has argued it would disrupt the momentum it has had in revamping its business. The group, which consists of Macellum Advisors, Ancora Holdings, Legion Partners Asset Management and 4010 Capital, owns a 9.5% stake.

On Tuesday, Kohl’s said it would spend between $200 million to $300 million on share repurchases this year. It said it plans to invest at least $550 million in capital expenditures, with some of that money going toward the debut of hundreds of mini Sephora shops in its stores, and opening its sixth U.S. e-commerce fulfillment center.

Late last month, Kohl’s said its board declared a dividend payment of 25 cents per share.

Roughly one year ago, Kohl’s fully drew down its $1 billion unsecured credit facility to increase its cash position, and it temporarily suspended share buybacks. In late March, it was forced to close its stores nationwide for a period of time in an attempt to curb the spread of the coronavirus. Its sales took a hit, as consumers spent less money on apparel and shoes, and more on groceries and other household essentials.

But Kohl’s has largely fared better than mall-based rivals including Macy’s and J.C. Penney. And analysts anticipate its off-mall positioning will continue to bode well for the retailer in 2021.

“Although Kohl’s sales are still shrinking, the pace of decline has eased, and the company is clearly on a trajectory to recovery,” GlobalData Retail Managing Director Neil Saunders said. “With a tumultuous year behind it, things should now get easier for Kohl’s.”

Kohl’s shares are up about 45% over the past 12 months, as of Monday’s market close. The retailer has a market cap of $8.99 billion, which has grown to be bigger than Nordstrom‘s and Macy’s. 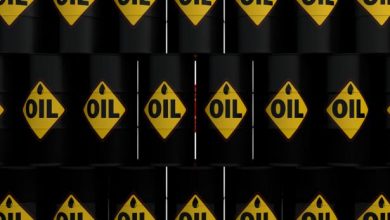 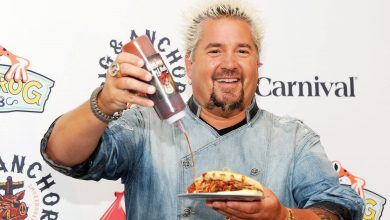 Celebrity chef Guy Fieri: These 3 ingredients will give you the best meals for the least amount of money 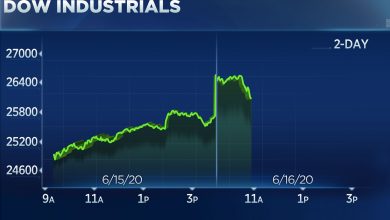 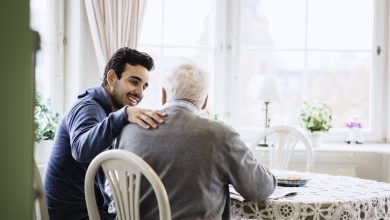 Aging baby boomers raise the risk of a long-term-care crisis in the U.S.