A resident holding a child walks past debris from damaged homes after Hurricane Iota made landfall on Providencia Island, Colombia, on Saturday, Nov. 21, 2020.

Climate change represents the “gravest threats” to global peace and security, the UN Security Council will hear on Tuesday.

Prime Minister Boris Johnson is due to warn the UN Security Council that unless the global community takes “urgent action to tackle climate change, the world risks worsening conflict, displacement and insecurity,” the government said in a statement.

The U.K. currently has a one-month presidency of the Council, which is charged with ensuring international peace and security. Its permanent members are China, France, Russia, the U.K. and U.S. Johnson will address the group at 1.30 p.m. London time.

Ahead of the session, Johnson said the Council “is tasked with confronting the gravest threats to global peace and security, and that’s exactly what climate change represents … From the communities uprooted by extreme weather and hunger, to warlords capitalising on the scramble for resources – a warming planet is driving insecurity.”

He added that “unlike many issues the Council deals with, this is one we know exactly how to address” and that by helping vulnerable countries adapt to climate change, and cutting global emissions to net zero, “we will protect not only the bountiful biodiversity of our planet, but its prosperity and security.”

Well known naturalist and TV personality David Attenborough will also address the Council on Tuesday. He said in a statement released late Monday that “if we bring emissions down with sufficient vigour we may yet avoid the tipping points that will make runaway climate change unstoppable.”

He said the upcoming UN climate change meeting, known as COP26, that will take place in Glasgow in November, could be the “last opportunity to make the necessary step-change.”

“If we objectively view climate change and the loss of nature as world-wide security threats – as indeed, they are – then we may yet act proportionately and in time,” he said.

Briefing ahead of the session, the U.K. noted that “the impacts of climate change are already being felt around the world, with the effects of rising temperatures and extreme weather forcing population movements and creating competition over increasingly scarce natural resources. Of the 20 countries ranked most vulnerable to rising global temperatures, 12 are already in conflict.”

For its part, the U.K. has committed in law to reach net zero emissions by 2050 and has pledged to cut greenhouse gas emissions by at least 68% by 2030 – the steepest reduction of any major economy.

Global efforts to tackle climate change are high on the agenda for the international community, although environmental experts fear that too little too late is being done to combat the issue.

The U.S. is the world’s second-largest emitter of greenhouse gases behind China. Under President Joe Biden’s administration, the country has now officially rejoined the Paris climate agreement, a landmark pact among nations to reduce carbon emissions, having left under former President Donald Trump. 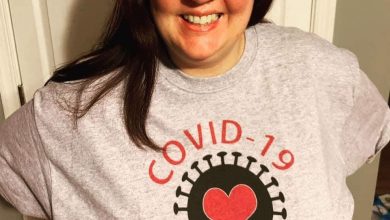