Postmedia may earn an affiliate commission from purchases made through our links on this page.

When Jennifer Jackson talks about Black economic empowerment, the three Ws quickly come up: work, wages and wealth. They are only part of the equation, but an important one, with the first two feeding into the third.

Take small businesses, for example, where the feedback effects are notable.

“Black-owned small businesses are critical to Black communities,” said Jackson, a busy executive who heads up financial services company Capital One’s operations in Canada, in a recent interview. “They also create jobs … and so it’s a virtuous cycle if they are successful.”

It is an area in which she is working to make a difference through her role as the chair of the economic empowerment committee at the BlackNorth Initiative, the movement to end anti-Black systemic racism in Canada started by Bay Street veteran Wes Hall.

“Our committee’s goals are pretty broad,” she said. “We aim at driving economic progress and outcomes for the Black community … really focusing on increasing work, wages and wealth.”

The statistics, where they are available, show Canada has a lot of room to improve.

According to data released by Statistics Canada in August as part of a study of changes in the socioeconomic situation of Canada’s Black population, the employment rate of the Black population aged 25 to 59 in 2016 was lower than that of the rest of the population by about five percentage points for both men and women.

For the total Black population, the unemployment rate was 10 per cent in 2016, compared with six per cent for women and seven per cent for men in the rest of the population.

One way BlackNorth is attempting to address those gaps involves gathering in-depth research on Black-owned businesses so that resources and supports can be tailored to what these businesses need most. Jackson’s committee is working with the Canadian Black Chamber of Commerce on this research, which is understood to be in its final stages.

A longer-term goal is to “facilitate stronger connections between financial institutions and Black communities,” Jackson said, adding that one area of focus will be “people that are unbanked or underbanked.”

“This would just be normal access … for people who are outside of the financial system,” she said.

“Further up the spectrum — and we do have some efforts to connect with this — (are) people that maybe are university graduates and maybe are amassing wealth for the first time. How do they work with that? How are they smart about that if they don’t have role models?”

Her committee has also established a mentorship program that pairs business leaders with companies based on specific criteria identified by both parties.

It was started with some of Canada’s largest Black-owned businesses, and will expand as matches are made, Jackson said. The first “cohort” consists of 40 pairings and came together largely through the networks of those on the BlackNorth Initiative’s board, she said.

Building databases and tapping areas including mentorship, access to capital, training and development, and promotion should help a wide range of businesses over time, she said.

The hope is to drive job access and professional development opportunities for Black communities.

Carl James, a professor and senior advisor on equity and representation at York University in Toronto, said he’s encouraged that the BlackNorth Initiative is focusing on economic empowerment.

James said when a community is economically empowered, individuals have more opportunities and the freedom to take advantage of them, enabling them to attain the means by which they are able to live productive social and economic lives.

“This would mean accessing the education needed and getting the social and family supports toward this end,” he said. “In the case of Black people, this would mean the removal of racism as a barrier to their achievement.”

The efforts to gather more race-based economic data is vital as well, he said.

“Some of that information … we don’t have so readily,” he said, noting there are gaps in the data when it comes to the role race plays in education, business and entrepreneurship.

“Who gets the money? Who’s able to establish businesses and where are they able to set up businesses?” are among the questions James said he’d like answered.

The data being gathered might also shed light on common issues that make businesses less successful, he suggested. For example, businesses that aren’t registered don’t have access to the same information and resources as those that are.

“That will play a role in the viability of some of these businesses and the supports they need,” he said.

In July, the Canadian Black Chamber of Commerce identified more than 20,000 Black-owned businesses across Canada, and said it found that Black entrepreneurs and businesses “face unique barriers in accessing capital, supply chains and export programs compared to our non-Black counterparts.”

“It’s not only the individuals but how the community empowers itself,” he said, adding that as members of a thriving community become more politically active, more government spending tends to come that community’s way. 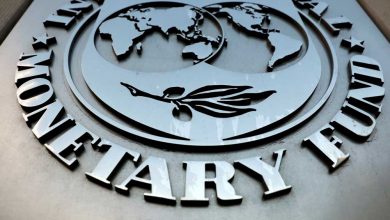 Hoping ‘this nightmare will be over soon’: On the frontlines of a restaurant in the pandemic — podcast 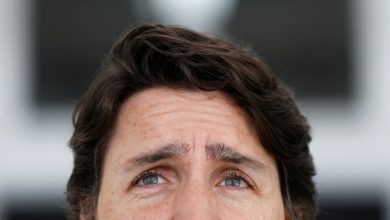