The investor, sometimes referred to as India’s Warren Buffett, said he “will never buy bitcoin.”

“I think it’s speculation of the highest order. I don’t want to join every party in town. I think the hangover is much worse,” he told CNBC’s “Street Signs Asia” on Tuesday.

Bitcoin has had a spectacular run in 2021, and surged more than 90% so far this year, according to data from Coin Metrics.

Those strong gains have been attributed in part to increased adoption of bitcoin by major investors and companies, including Elon Musk’s Tesla and the Bank of New York Mellon.

India’s regulators have yet to make a decision on bitcoin and other cryptocurrencies, but there’s widespread speculation that the government is planning to ban all private virtual currencies and launch its own official digital currency.

I think regulators should step in and ban bitcoin. And they should focus on the digital rupee.

Jhunjhunwala said India’s regulators have a role to play in keeping bitcoin out.

“I think regulators should step in and ban bitcoin,” said the investor who is currently a partner at asset management firm Rare Enterprises. “And they should focus on the digital rupee.”

On the outlook for the country, he was optimistic and said he believes India will make a strong recovery based on the reforms and policy initiatives taken by the government in the recent budget.

“In think we now have a resurgent India. The Indian budget conveyed that the government is going to do what needs to be done in terms of policies and reforms. All these things are going to come together,” he added.

She also said India will need to borrow 800 billion rupees ($10.96 billion) in next two months from the bond market.

The billionaire predicted India will see strong growth in the next year as the country rebounds frozm the pandemic.

“I think India is at the last phase of Covid-19,” he said, adding that the country is likely to grow between 10% to 11% next year.

These reasons are why Wall Street is bullish on McDonald’s 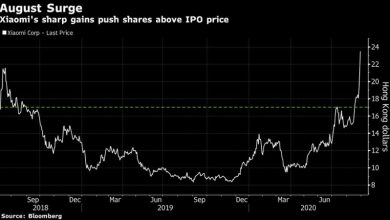