The union increases the combined workforce of the digital ad players to 140, with offices in eight cities across North America

JF Cote, the co-founder of Montreal-based digital media advertising darling District M, has strung together a series of wins since starting the company eight years ago, including raising $39 million in capital, being recognized by Deloitte as a Best Managed Company and earning a nod as EY’s Entrepreneur of the Year.

Cote’s next move is to get bigger: District M and San Francisco-based Sharethrough, one of the world’s leading ad exchanges that powers over 350 billion monthly impressions, are merging. The strategic union grows the combined workforce of the digital ad players to 140, with offices in eight cities across North America.

District M raised $19-million in series C funding to fire the growth of the new company, which is awaiting a name. Cote will be CEO of the merged entity, while Sharethrough’s CEO, Dan Greenberg, takes on the title of president.

“This strategic merger agreement will allow us to have an ever more innovative offering by strengthening our presence not only in North America, but also worldwide,” Cote said in a press release. “Together, we become one of the largest ad exchanges around the globe.”

Cote views the merger as an opportunity to grow revenue, reach more publishers, drive quality and build “for the modern advertising ecosystem,” through enhanced ad concepts and a quality-first approach.

Said Greenberg of the merger: “We know that when ads are designed for comprehension, they perform better for everyone in the supply chain.

“Together with District M, we believe that taking a human-centric approach to advertising and monetization is the key to a sustainable path forward for the independent and accessible Internet.”

That sinking feeling: Canadians losing faith in price index and that has central bankers worried 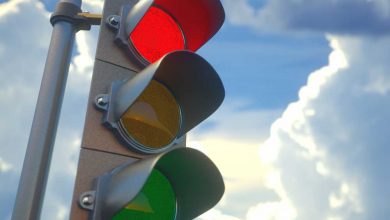 The Canadian economy is reopening, get ready for some false starts — podcast with CIBC’s Avery Shenfeld