“That’s how we’ll meet the China challenge and ensure the American people win the competition in the future,” Biden said in his first visit as commander in chief to the Pentagon.

The new Pentagon group, made up of approximately 15 experts, will be responsible for providing recommendations on China-related matters to Defense Secretary Lloyd Austin. Findings and recommendations are due within four months.

“No final public report is anticipated, although the department will discuss recommendations with Congress and other stakeholders as appropriate,” the Pentagon wrote in a statement announcing the new task force.

China’s influence over global commerce and international relations has continued to grow, even as the nation has faced calls for accountability over its initial handling of the Covid-19 crisis.

The novel coronavirus, which causes the disease, originated in China in late 2019. Biden on Wednesday punted on a question about whether the U.S. would hold China accountable.

Biden, who has yet to speak to Chinese President Xi Jinping, said last week during an address at the State department that he would work more closely with allies in order to mount pushback against Beijing.

The tension between Beijing and Washington, the world’s two largest economies, soared under the Trump administration. In an interview with CBS, Biden said that his administration was ready for “extreme competition” with China but that his approach would be different than his predecessor.

“I’m not going to do it the way Trump did. We are going to focus on the international rules of the road,” Biden said Sunday.

After his remarks, a reporter asked Biden whether he had any interest in punishing China over the nation’s lack of transparency over the Covid-19 outbreak last year.

“I’m interesting in getting all the facts,” Biden said, according to a pool report.

Secretary of State Antony Blinken talked for the first time with his Chinese counterpart, Yang Jiechi, over the weekend.

In a tense call, Blinken told Yang the U.S. would hold China to account for a slew of issues including human rights abuses.

Blinken also called on Beijing to condemn the recent military coup in Myanmar.

Earlier on Wednesday, Biden announced sanctions on military leaders in Myanmar who directed the coup on Feb. 1. Biden also reiterated calls for Myanmar’s military to relinquish the power it seized and to release its prisoners.

Biden, who spoke alongside Vice President Kamala Harris and Austin, also took a moment to thank service members and their civilian support staff.

He is the first president in 40 years to have a child serve in the U.S. military and deploy to a war zone.

“The Biden family knows what service to country feels like and they understand sacrifice. They know how to look after those who look to them for leadership,” Austin, who served with the president’s late son Beau Biden in Iraq, said in his introductory remarks.

Following the Pentagon address, Austin led Biden and Harris on a tour of the building’s corridor dedicated to Black service members.

Austin is the nation’s first Black secretary of Defense, and Harris is the first Black vice president. 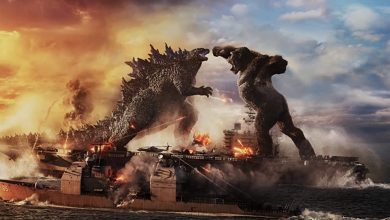 Warner Bros.’ blockbusters will debut in theaters first in 2022 before heading to streaming 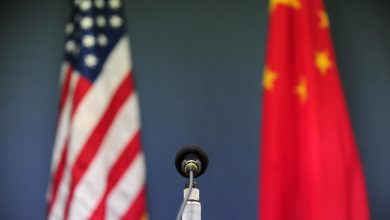 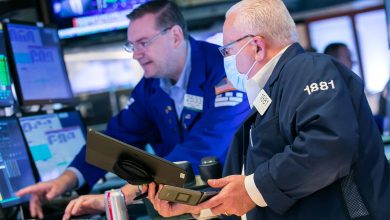 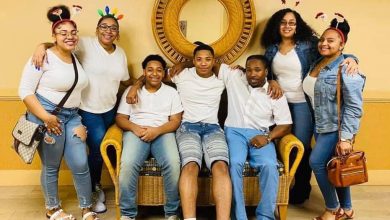