The 10-year U.S. Treasury yield briefly topped the 1.6% level on Thursday and traded at its highest level in more than a year, raising concern for investors across asset classes.

The move higher in rates is unnerving investors fearing it could be driven by inflation rather than economic recovery. The 10-year yield ended January at 1.09%. It closed 2020 well under 1%. So it’s moved more than a half percentage point in under two months, quite rapid for the bond market and relative to rates at these historically low levels.

“To be sure, if bond yields continue to rise and there is a smooth rotation out of growth and defensive stocks into value and cyclical stocks, the Fed will remain sanguine,” strategist Albert Edwards of Societe Generale said in a note. “But the risk is growing that with so many bubbles blown by the Fed something will burst soon.”

The move marked the first time the 10-year has traded above 1.5% since Feb. 21, 2020. The rise in Treasury yields lifted the entire curve, with short-term and medium-term yields rising as well.

Though consumer prices were up just 1.4% from a year ago in January, recent indicators of retail sales, durable goods purchases and service sector prices have shown inflation in the pipeline. The 5-year breakeven rate, an indicator of the bond market’s expectations for inflation, rose to 2.38% Wednesday, its highest level since before the financial crisis of 2008.

Still, policymakers continue to downplay the possibility of troublesome inflation ahead as the U.S. recovers from the Covid-19 pandemic.

“We could have a surge in spending as the economy reopens. We don’t expect that to be a persistent longer-term force, so while you could see prices move up that’s a different thing from persistent high inflation, which we do not expect,” Federal Reserve Chairman Jerome Powell said during a Senate committee hearing Wednesday.

Yields moved higher in afternoon trading following an auction of 7-year Treasury bonds. Peter Boockvar, the chief investment officer at Bleakley Advisory Group, described the auction as “awful” and noted that dealers were stuck with a much higher percentage of the bonds than the 12-month average, reflecting weak demand.

Some strong economic data boosted yields further on Thursday. Weekly data for new unemployment insurance claims came in at 730,000, below the 845,000 new claims expected by economists surveyed by Dow Jones. Data for durable goods also came in better than expected.

An update to the fourth-quarter GDP growth estimate came in at 4.1%, slightly above the advance reading released by the Commerce Department last month.

Stocks fell to new lows for the day as yields rose. The Dow was last down more than 100 points. 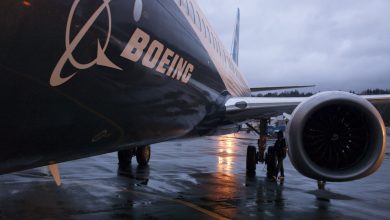 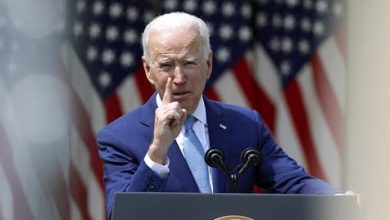 Biden: If I could do one thing on guns, I would allow people to sue gun manufacturers 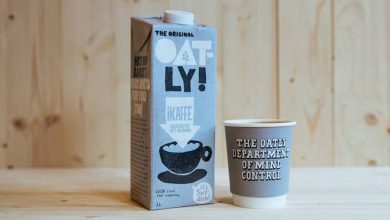 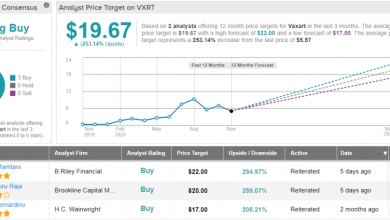 Analysts Pound the Table on This ‘Strong Buy’ Cannabis Stock