When Hope Aloaye started a Facebook group to encourage women to wear pearls to celebrate the upcoming inauguration of the first female vice president of the United States, she didn’t realize that the accessory has a special significance to former Sen. Kamala Harris.

Aloaye told TODAY that she gravitated toward pearls because she sees them as an expression of female strength, not knowing that the sorority Harris joined in college, Alpha Kappa Alpha, has a similar mentality. It refers to its founders as the “Twenty Pearls” and calls its 290,000 worldwide members “pearls.” The vice president-elect has also been pictured numerous times wearing pearls in different styles.

More from TODAY:
150 years of first lady inaugural gowns, from Mary Todd Lincoln to Michelle Obama
10 cheap and healthy foods to stock up on when money is tight

“I equated the pearls to women (because) we go through a lot of things, but we still come out shining,” Aloaye, a 46-year-old veteran in Orange Park, Florida, said. “Pearls are every color, shape, size. It doesn’t matter. … I just thought that was a beautiful thing.”

The initial goal for the group, according to Aloaye, was to give women a way to empower each other as they celebrate a milestone for womankind. Since she started it in early December, the “Wear Pearls on Jan 20th, 2021” group has accrued more than 430,000 members and even become a place where women offer each other daily support. Its members range from 13 to 100 years old and come from roughly 100 different countries, she added.

“I wanted a group that was inclusive because we already have so many other things that are so divisive in this country, especially right now,” Aloaye explained. She said that many members have offered to donate pearls to those who don’t have any to wear on Jan. 20.

Arthia Nixon and her 15-year-old daughter, Alejandra Stack, in Atlanta are excited to don their pearls because they see so much of themselves in Harris’ story.

“Just seeing Kamala Harris do things, watching the debate, it was just really an exciting moment for me because I did feel very well represented … both of us being mixed children,” Stack told TODAY. “It’s a great difference, seeing this woman in power, basically something has been dominated by white men for the longest time … and you’re seeing how proud she was of her heritage. … It was a breathtaking moment.”

For Stack, pearls symbolize “class and poise” when facing problems. For her mother, the spherical nature of a pearl conjures up the idea of “unity, so many small pieces adding up to one elegant, amazing thing.”

Nixon, who was born in the Bahamas and moved to the U.S. 10 years ago, said she will wear pearls on Inauguration Day, in part, because of how much she relates to Harris’ mother, Shyamala Gopalan Harris. Nixon said she often thinks about a photograph she once saw of the former California senator as a child with her sister and mom, who’s wearing pearls.

“That was so significant to me,” Nixon said. “It was kind of like, how the heck did you raise your girls as an immigrant woman in this country? If you can do it, I’m sure I can do it.

“I celebrate my culture. … At the same time … you still want to create these opportunities to show (your) kids to embrace what is now their home,” she added.

Aloaye’s group isn’t the only one on Facebook encouraging women to sport Harris’ favorite accessory in honor of her inauguration. Felicia Cheek, who lives in Atlanta, is a moderator for a group titled “Chucks and Pearls Day,” a reference to the many times Harris has been seen wearing Converse’s Chuck Taylor sneakers. Cheek’s high school friend, Jeanette DeVaughn, who lives in Austin, Texas, started the group.

“The Chucks and pearls … represented that (Harris) was very natural, (a) free spirit yet very confident and aware of her presence,” Cheek said.

Asked about the success of the group, which now has about 72,000 members, she explained, “People are so ready and excited about something positive, something new … and just something that they can hold on to that … is not drama-filled.”

But it’s also bigger than that, Cheek believes.

“We’re hoping that the excitement continues, that (members) really understand … how they can contribute to where our country is and where we’re going,” she said.

The article “Why Hundreds of Thousands of Women Are Planning to Wear Pearls on Inauguration Day” originally published on TODAY. 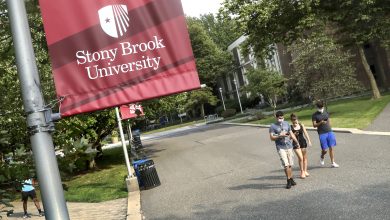 As some colleges struggle, there may be an opportunity for more aid. Here’s how to negotiate 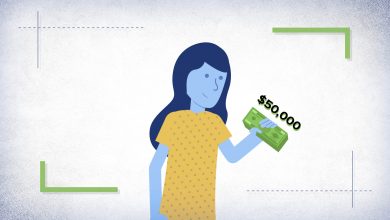 How much you’ll need to save per month to retire with $1 million on a $50,000 salary, broken down by age 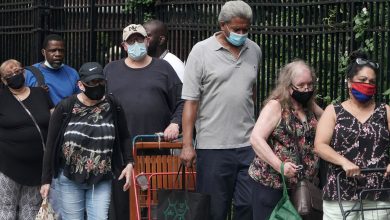 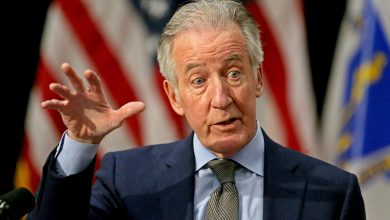