It has been a year since Covid-19 began to spread. Which countries did the best job of responding to the pandemic in 2020, and what can we learn from them?

A successful response to Covid-19 turned out to depend on more than a country’s wealth, scientific prowess and history of public health successes. The U.S. enjoys all of these advantages but mounted one of the worst responses to the pandemic: 1 in every 990 Americans has died from Covid-19 since the pandemic began. Bad politics, quite simply, can trump good public health.

Other developed countries that did well initially, such as Canada and some European nations, have faltered during the second or third surge of infections, because their governments and people grew tired of implementing effective strategies. In many Asian countries, it has long been common for people to wear masks when feeling ill, so they adopted masks early and widely.

The world’s first awareness of Covid-19 came from cases among travelers arriving in Taiwan from Wuhan, China. The country quickly halted flights from much of China, quarantined travelers from other areas, stopped cruise ships from docking, implemented widespread testing and quadrupled production of face masks within a month.

Taiwan also provided intensive support, including stipends, to patients with Covid-19 and people with whom they had come into contact, helping to increase adherence to public health recommendations. These early actions were pivotal in keeping Taiwan to under 800 cases all year, while avoiding lockdowns. The U.S. now has more cases and deaths every 5 minutes than Taiwan has had all year.

Liberia, hard hit by the Ebola epidemic in 2014, was one of the first countries to start screening for Covid-19 at airports and to adopt other control measures, such as rapid testing, complete contact tracing and quarantine. Many other countries in Africa, including Senegal and Uganda, also used their experiences from past disease outbreaks to implement swift, expert, comprehensive responses.

By June, the pandemic was declared over in New Zealand, with the country reporting one of the lowest coronavirus-related mortality rates among all 37 OECD nations. Later cases were all from international travelers, who were kept in isolation for two weeks post-arrival, and not from community spread.

“ American Samoa remains the only territory in the U.S. without any Covid-19 cases, in part because health authorities were already on high alert. ”

American Samoa remains the only territory in the U.S. without any Covid-19 cases, in part because health authorities were already on high alert following a measles outbreak in late 2019. In an effort to stave off the virus early, the territory of 55,000 people halted all incoming passenger flights. As a result of this near-total isolation, American Samoa has not had to implement widespread closures, distancing or testing. Similar actions 100 years ago allowed the territory to avoid any deaths from the 1918 influenza pandemic.

When it became clear that people without symptoms could spread Covid-19, South Korea tested early and aggressively, conducting more than twice as many tests per capita as other countries in the pandemic’s first weeks. Along with other measures, including extensive and highly effective contact tracing and quarantine, this kept cases from increasing rapidly.

Hong Kong has one of the highest population densities in the world, yet it kept cases low by establishing mandatory isolation protocols and quarantine centers for people with Covid-19 and those who came in close contact with them.

Some countries excelled at protecting people economically and socially. In Denmark, the government has covered a portion of employees’ salaries in private companies to avoid large-scale layoffs. Notable mentions go to India, the European Union and Australia, which quickly provided income supplements to lower-income people using electronic cash transfers. Colombia went out of its way to protect vulnerable Venezuelan migrants, who weren’t eligible for cash transfers, by establishing shelters and food centers.

A few countries have fought rumors and distrust by sharing information with the public widely and openly. Finland, helped by its high media literacy, was able to build on a 2014 initiative that educated people about how to counter false information. One Finnish project partners with social-media influencers to spread accurate information on digital platforms.

“ The countries that performed best have learned from their mistakes and used data to continuously improve. ”

South Africa has also excelled at clear communication, including strategic use of an alert-level system that empowers people to understand their risk and helps the government make transparent and balanced decisions about closures. Germany’s leaders have also been models of clarity and effective communication, with Chancellor Angela Merkel calling for citizens to exhibit “patience, discipline and solidarity”—three essential aspects of an effective pandemic response.

Most people, including many health professionals, never imagined the toll that Covid-19 would take. The countries that performed best have learned from their mistakes and used data to continuously improve public health, primary care, emergency response and health communication. Even as we begin to roll out vaccines, we need to keep learning from experience what works in fighting Covid-19.

This isn’t the last disease threat our world will face, and the past year has shown that we are all connected: Until every country is safer, all of us are at risk. When the next pandemic strikes, the whole world needs to implement best practices to save lives and protect livelihoods. Now is our opportunity to improve global preparedness; if we don’t apply the lessons of 2020 in 2021, we never will.

—Dr. Frieden was the director of the Centers for Disease Control and Prevention from 2009 to 2017. He is the president and CEO of Resolve to Save Lives, an initiative of the public-health organization Vital Strategies, and a senior fellow at the Council on Foreign Relations. 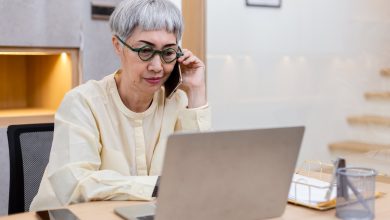 How older workers can push back against the reality of ageism 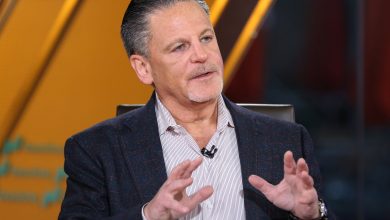 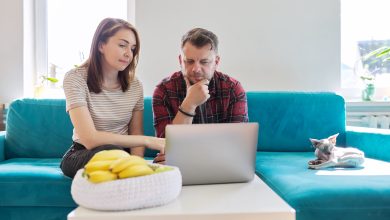