House impeachment managers stand at the U.S. Capitol to hand-carry an article of impeachment against former President Donald Trump to the Senate for trial on accusations of inciting the January 6 attack on the Capitol, in Washington, U.S., January 25, 2021.

The House delivered its impeachment article against Donald Trump to the Senate on Monday, setting in motion a trial where senators will decide whether to convict the former president for inciting an insurrection against the U.S. government.

Senators will not start to hear the case against Trump for another two weeks. The chamber reached an agreement where the trial will start in earnest the week of Feb. 8, giving the Senate time to confirm more of President Joe Biden‘s Cabinet.

Senators will get sworn in as jurors on Tuesday, Senate Majority Leader Chuck Schumer, D-N.Y., previously announced. Then, both the impeachment managers who will make the House’s case against Trump and the president’s defense team will get time to draft and file legal briefs.

The managers, headed by lead manager Rep. Jamie Raskin, D-Md., carried the article across the Capitol to the Senate on Monday in masked pairs as part of a formal procession. As Raskin read the charge against Trump, a smattering of senators wearing face coverings looked on from within the chamber.

Trump will become the only president to face a second impeachment trial, and the first to go through the process after leaving office. If 67 senators vote to convict him, the chamber can then decide whether to bar him from holding office again and receiving benefits given to former presidents.

The article the impeachment managers delivered Monday charges Trump with incitement of insurrection at the U.S. Capitol on Jan. 6. It argues that Trump, by falsely claiming that widespread fraud cost him the 2020 election and then encouraging his supporters during a Jan. 6 rally to challenge the results, inflamed a mob that overran the Capitol and disrupted the count of President Joe Biden’s electoral win. The attack left five people dead, including a Capitol Police officer.

The article contends that Trump “threatened the integrity of the democratic system, interfered with the peaceful transition of power, and imperiled a coequal branch of Government,” and “thereby betrayed his trust as President, to the manifest injury of the people of the United States.”

Trump has not taken any responsibility for the riot. Only after it took place, he discouraged violence and pledged a peaceful transition of power. Biden was inaugurated Wednesday with more than 25,000 National Guard forces patrolling Washington D.C.

It is unclear now how long the trial will last. Schumer and Senate Minority Leader Mitch McConnell, R-Ky., are expected to agree on parameters for how long it will take and how much time in each day the Senate devotes to it.

For the Senate to convict Trump, 17 Republicans would need to join all 50 Democrats. Biden, while telling CNN he thinks the trial has to happen despite its potential to derail his agenda, noted that he does not think 17 GOP senators will vote to convict Trump.

While some Republicans have signaled they could vote to hold the president responsible, others have dismissed the impeachment process as illegitimate.

Sen. Marco Rubio, R-Fla., told NBC’s “Meet the Press” on Sunday that the trial is “stupid” and “counterproductive.” He argued the process would divide the country.

Impeachment supporters have contended the U.S. cannot move on from the Capitol attack until it holds the people responsible for it accountable.

Multiple Republicans including Lisa Murkowski of Alaska, Pat Toomey of Pennsylvania and Ben Sasse of Nebraska have signaled they will consider voting to convict Trump. McConnell also has not ruled out a conviction vote.

The House voted by a 232-197 vote to impeach Trump earlier this month. Ten Republicans voted with all Democrats to charge the ex-president.

The Republican-led Senate acquitted the former president last year after the House charged him with obstruction of Congress and abuse of power. 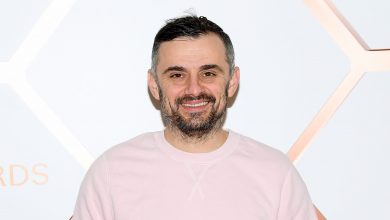 Gary Vee made millions investing early in Uber, Snapchat and cryptocurrencies. Here’s how he chooses where to put his money 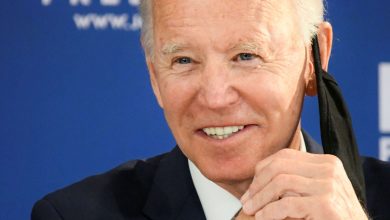 Biden and DNC raise over $80 million in May, their biggest monthly haul of 2020 race 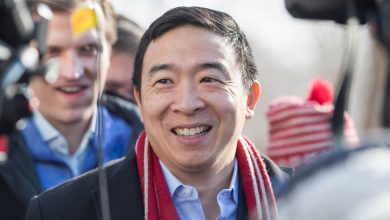 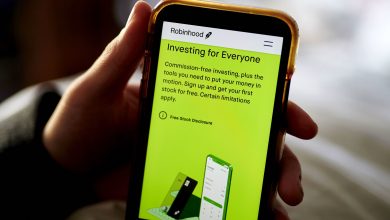 Robinhood lobbying targets legislation that could hurt its business model