A pharmaceutical start-up that thinks it can undersell the entire drug industry got off to a quick start in its first year in business, grabbing rights to a handful of drugs, including two that could make it a player in the hottest cancer drug market sometime in the next few years.

Now comes the hard part: Getting doctors to prescribe its cheap drugs, instead of brand-name competitors backed by big marketing budgets.

On Monday, the privately held company, called EQRx, announced that it had closed a $500 million funding round, bringing the total it has raised to $750 million. First unveiled last January, EQRx aims to sell cheaper copycat drugs to compete directly with brand-name therapies.

These wouldn’t be generic drugs or biosimilars, but unique medications that go head-to-head with new drugs still under patent protection. The company says it has moved faster in its first year than anticipated, and while EQRx won’t say when it expects its first drug to come to market, CEO Alexis Borisy says it could be “in the next handful of years.”

The company believes it has proven that it can find plenty of inexpensive copycats, or so-called fast followers, to fill its pipeline.

That leaves the second part of its model: Selling the drugs without spending much money marketing them.

“There’s no question that the big challenge ahead of us …is that adoption of a drug that works as well or better than the existing drug, that costs less, that costs less to patients, and is rigorously studied, is not nearly immediate,” says Dr. Peter Bach, a co-founder of and adviser to EQRx, who works as director of Memorial Sloan Kettering’s Center for Health Outcomes. “In any normally functioning market, it would be nearly immediate.”

The announcement of EQRx closing its new funding round comes on the first morning of the annual J.P. Morgan Healthcare Conference, usually the biggest event on the calendar of health-care executives and investors, which draws thousands of people to a cluster of hotels and conference rooms in downtown San Francisco. This year’s conference is virtual, and it seems likely to drive far less investment and drug development news than it has in years past.

The conference follows a year when pharmaceutical and biotech firms have taken the unlikely and unfamiliar mantle of national heroes, rushing Covid-19 vaccines through development that have demonstrated near-miraculous rates of efficacy. The gush of good feeling has pushed aside perennial criticism over high drug prices, criticism that is a rare point of agreement for both Republicans and Democrats in Washington.

Yet even as the criticism has faded from public debate, drug prices have continued to rise. The prescription drug discount website GoodRx (ticker: GDRX) counts 636 prescription drugs whose prices have been raised this month, with an average list price increase of 4.2%.

EQRx did not disclose the identity of its new investors, but said that all the participants in the Series A round of financing announced last year had also participated in the new Series B. That group includes Alphabet (ticker: GOOGL) subsidiary GV, the life sciences investment firm Casdin Capital, and the venture capital fund Section 32.

The company also said that it had raised money from “market-leading payers and health systems that cover more than 20% of insured lives in the U.S.”

That buy-in could help EQRx compensate for a diminished marketing budget. “We’re building deep, strategic long-term partnerships with payers and health-care systems, both in the U.S. and abroad,” CEO Borisy says.

But the company’s strategy brings with it plenty of risk, as Barron’s reported last year. While EQRx can likely skip the costly basic research step that makes up a substantial portion of most biotech and pharmaceutical companies’ R&D budgets, it will still likely need to fund preclinical research on their experimental therapeutics, not to mention human tests.

And legal battles are all but certain, as companies whose products are targeted by EQRx look for ways to hold off the competition in court.

EQRx has remained relatively quiet in the year since its founding, but a number of companies it bought drugs from have announced those deals in recent months. Two of those companies are Chinese: CStone Pharmaceuticals licensed non-Chinese rights to EQRx for two cancer drugs, a so-called anti-PD1 inhibitor and an anti-PD-L1 inhibitor, for $150 million up front and up to $1.15 billion in milestone payments. And Hansoh Pharma, another Chinese biopharmaceutical firm, licensed non-Chinese rights to their EGRF inhibitor almonertinib, another cancer drug, for $100 million up front and undisclosed milestone and royalty payments.

The anti-PD-1 and anti-PD-L1 inhibitors, if approved by the Food and Drug Administration, would put EQRx in the middle of one of the most important, and fastest-growing, cancer drug markets. The anti-PD-1 inhibitor would compete with Merck’s (MRK) Keytruda, also an anti-PD-1 inhibitor, and others from Bristol Myers Squibb (BMY) and Regeneron (REGN), among others.

“They’re all roughly $150,000 per year per patient” in the U.S., Borisy says of the anti-PD-1 and anti-PD-L1 market, not including customary rebates. (Merck cites a list price of $9,869.94 for Keytruda on Keytruda’s website, or roughly $171,000 per year.) “You really don’t have any effective price competition there whatsoever.”

Borisy would not say how much he plans to charge for the drugs. But he says that his costs to get his drug to market are “an order of magnitude less” than the industry standard, and that he plans to spend little on sales and marketing, relative to industry practices. He says that he will set similar global prices for all developed economies, and suggested that he would consider pricing EQRx’s anti-PD-1 and anti-PD-L1 inhibitors at half the current European prices, which are already a fraction of the U.S. prices.

Bach says that the company is moving forward with a number of products at once to get noticed from the health-care ecosystem.

“This will be very hard to do, and it’s one of the reasons we’re taking this sort of, get several products, get big enough we can’t be ignored [approach],” Bach says. “It will be hard to get health-care transformation if you get one product [in] one narrow niche. The more you provide a solution set that starts to show up in people’s spreadsheets, and people’s lives …I think the more you have a chance at this.” 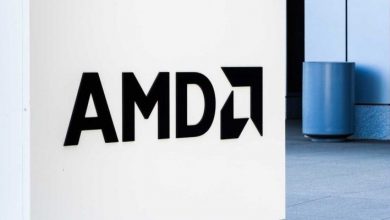 No, Advanced Micro Devices Stock Is Not Too Expensive 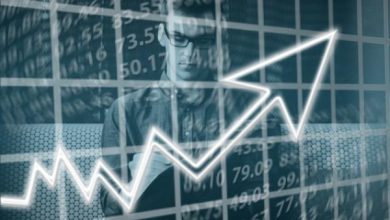 Why Apple Shares Are Rising 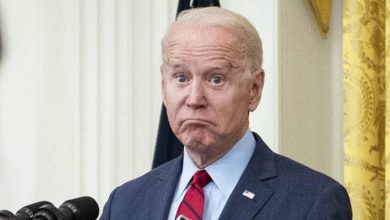 A fourth stimulus check is looking doubtful. Here are 9 ways to make your own 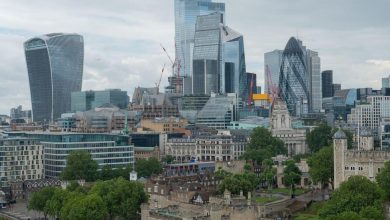